Confusion over last-16 draw after Manchester United were not put into the pot of group winners after runners-up Atletico Madrid were drawn, while Liverpool were also mistakenly put into the pot to potentially face Atletico despite playing them in the group stages

Manchester United have been drawn against Paris Saint-Germain in the last 16 of the Champions League, although there is confusion over whether the draw will stand.

Sky Sports News has asked UEFA to clarify what happened with the Atletico Madrid draw and why Manchester United were not - and Liverpool were - put into the pot as an option for them to be drawn against.

United were also originally drawn out of the hat incorrectly to face Villarreal. The pair met in the group stages so should have been kept apart.

What happened in last-16 draw?

United taking on PSG would see Mauricio Pochettino head to Old Trafford for the return leg in March. The PSG boss was identified as United's No 1 managerial target this summer after Ole Gunnar Solskjaer was sacked and before Ralf Rangnick took charge on an interim basis. 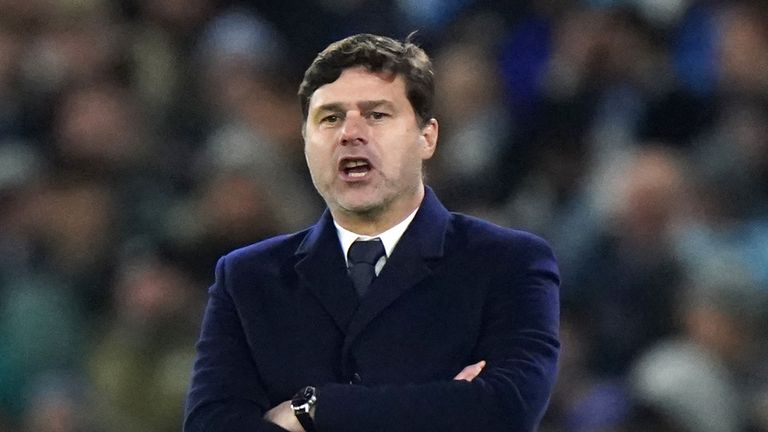 The meeting would also pit Cristiano Ronaldo against Lionel Messi at the last-16 stage, their first potential showdown since Barcelona played Juventus in the group stages last year.

The two sides also met in the round of 16 back in 2019, which was arguably the highlight of Solskjaer's spell as an injury-time Marcus Rashford penalty helped United advance 3-3 on aggregate.

Meanwhile, Liverpool's reward for becoming the first English side to win all six Champions League group games is set to be a tie with Austrian outfit Salzburg, who finished second behind Lille in Group G.

Liverpool played Salzburg in the 2019-20 group stages, winning a 4-3 thriller at Anfield before 1 2-0 victory in Austria.

Defending champions Chelsea also faced their expected last-16 opponents in the groups two years ago, winning both matches against Lille 2-1.

A mistake initially saw United drawn to play Villarreal, but after that was corrected given both teams played one another in the groups, it was City's name picked to face Villarreal.

A 180-minute job interview for Pochettino?

"It would be a hard interview. He can't be expected to turn up and turn the company around in 10 minutes - it's just too much.

"I don't think the conditions are there for Pochettino to make the level of success he wants to make and to impose himself on the job at PSG.

"There is an understanding there now of that. I'd be staggered if they won the Champions League."