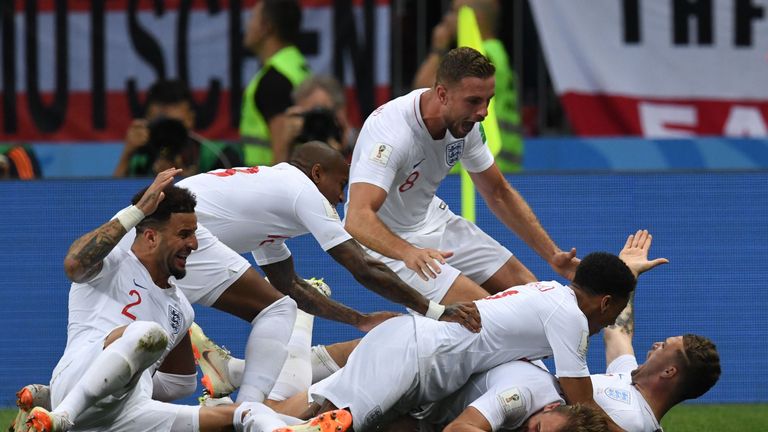 Jordan Henderson believes England's semi-final exit from the World Cup will help them to go all the way at future major tournaments.

Having exceeded pre-tournament expectations by reaching the last four in Russia, England gave up the lead on their way to a 2-1 extra-time loss to Croatia, before being beaten by Belgium in the third-place play-off.

Gareth Southgate's squad have reunited this week for the first time since the tournament as they prepare to face Spain in their UEFA Nations League opener on Saturday and Henderson is confident of harnessing the disappointment into future success.

"I think we did very well," Henderson said. "I think we did better than what people may have thought we were going to do but at the same time I felt as though we were good enough to go even further and possibly challenge to win it.

"We can use the confidence that we went and performed in a lot of games in a massive tournament, but we can also use the other bit of the disappointment to want to keep going and want to keep pushing the boundaries.

"It's definitely the message since we've come back that we can use that disappointment that we had at the end by not quite getting over the line and use that as fuel to keep going and hopefully get to a final and win a trophy soon."

Henderson and his team-mates were left to watch on as Croatia failed to recover from their exertions against England and lost 4-2 to France in the final.

While the Liverpool midfielder was not keen to speculate on what might have been, he appeared to have little doubt that England would have been capable of beating Didier Deschamps' world champions.

"Anything can happen in the final," Henderson said. "It doesn't matter who you're playing."

"France are a fantastic side, don't get me wrong, and so are Croatia, who got there as well.

"You never know, hopefully we'll find out one day in a final and hopefully that day's not too far away."

After taking on Spain, live on Sky Sports in their first match in the inaugural edition of UEFA's Nations League competition, England face Switzerland in a friendly three days later.