England: Raheem Sterling and Jordan Henderson out of Nations League clash vs Iceland

Raheem Sterling and Jordan Henderson have been ruled out of England's UEFA Nations League clash with Iceland on Wednesday because of injury.

Liverpool captain Henderson picked up a knock in Sunday's defeat against Belgium while Manchester City forward Sterling is withdrawing with a calf complaint.

The pair have returned to their respective clubs for further assessment.

England boss Gareth Southgate will continue his preparations for the Wembley encounter, live on Sky Sports, with a 22-man squad.

Henderson was withdrawn at half-time against Belgium due to tightness in his leg, casting doubt on his availability for injury-hit Liverpool this weekend.

"Jordan had a bit of tightness at half-time and felt he couldn't carry on," said Southgate. 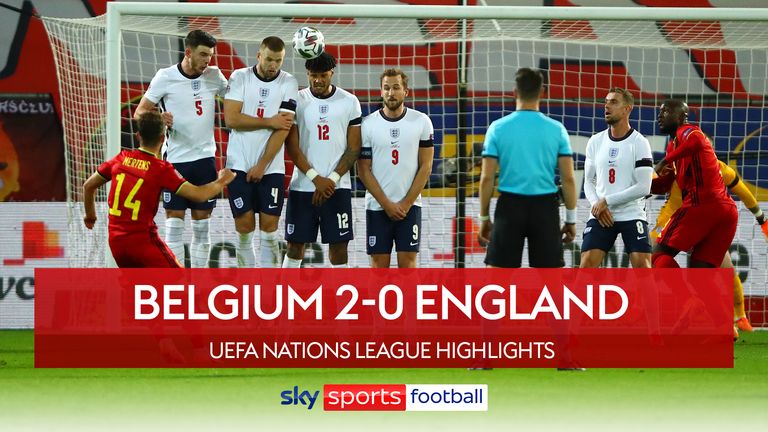 Manchester City travel to Tottenham on Saturday and could be without Sterling, who suffered a "small" injury ahead of the Belgium game.

Speaking before kick-off, Southgate said: "Raheem felt something a couple of days ago and didn't train on Friday as a precaution.

"He started training on Saturday and wasn't really happy with it. We have discussed it and it isn't one to take a chance on." 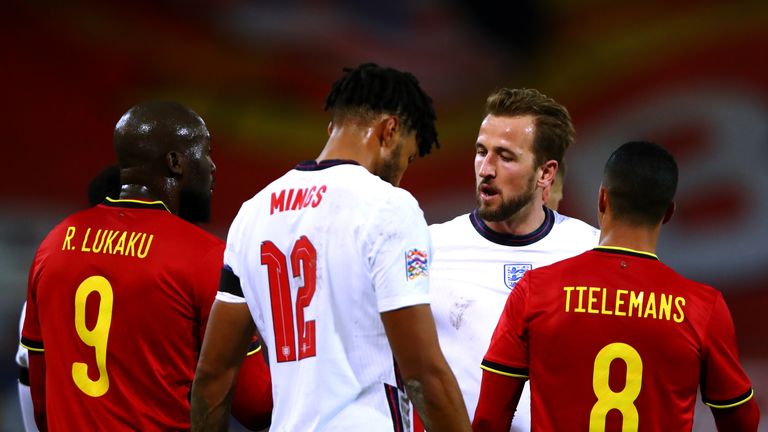 Liverpool could be missing nine first-teamers against Leicester

Henderson was withdrawn at half-time of England's 2-0 loss in Belgium on Sunday after experiencing tightness in a muscle, while Robertson missed Scotland's 1-0 defeat to Slovakia earlier that day with a tight hamstring. 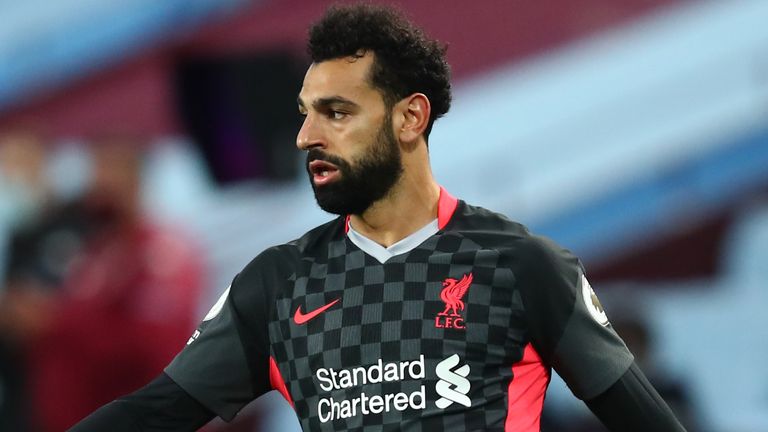 The Liverpool captain will be assessed when he returns to England, while the Scotland skipper will also be monitored ahead of his country's Nations League tie in Israel on Wednesday, making both doubts for the champions' match with the Premier League leaders this weekend.

All of which adds to the current problems facing Liverpool manager Jurgen Klopp, who found out on Friday that top scorer Mohamed Salah had tested positive for Covid-19 while on international duty with Egypt.

Klopp has already lost centre-backs Virgin van Dijk and Joe Gomez to long-term knee injuries, while Liverpool's defence will also be missing regular right-back Trent Alexander-Arnold due to a calf strain sustained in their last league outing at Man City.

Meanwhile, Liverpool maybe unable to use versatile holding midfielder Fabinho as cover in defence against the Foxes, with the Brazilian still recovering from the hamstring strain he picked up against FC Midtjylland at the end of October.

All of which means that Klopp could be without his entire first-choice back four when the Premier League returns to action after the international break, with midfield also a problem area for the German.