Marcus Rashford: England forward sorry for penalty miss but 'not for who I am' after racist abuse

Rashford, Jadon Sancho and Bukayo Saka suffered racist abuse on social media in the wake of Euro 2020 final loss; Rashford: "I felt as though I had let my team-mates down. I felt as if I'd let everyone down."

Marcus Rashford has apologised for missing a penalty in the Euro 2020 final shootout, but says he "will never apologise for who I am" after receiving online racist abuse.

Rashford, Jadon Sancho and Bukayo Saka's social media pages were flooded with racist comments after their penalty shootout misses, leading the FA to release a statement condemning the "disgusting behaviour".

England manager Gareth Southgate also condemned the abuse, saying it is the antithesis of what the national team's values are and the "togetherness" that the squad has shown.

In a moving statement on Twitter on Monday evening, 23-year-old Rashford said: "I can take critique of my performance all day long. My penalty was not good enough, it should have gone in, but I will never apologise for who I am and where I came from."

Rashford also thanked his England team-mates, with whom he has formed an 'unbreakable bond' - and the many fans who have sent him messages of support.

Rashford apologised for his penalty, which came back off the post after he had been brought off the bench in extra-time.

"I've had a difficult season, I think that's been clear for everyone to see, and I probably went into that final with a lack of confidence. I've always backed myself for a penalty, but something didn't feel quite right.

Time-lapse footage shows the transformation of the Marcus Rashford mural from before it was vandalised, to its repair and redecoration by supporters.

"During the long run-up I was saving myself a bit of time and unfortunately the result was not what I wanted. I felt as though I had let my team-mates down. I felt as if I'd let everyone down.

"A penalty was all I'd been asked to contribute for the team. I can score penalties in my sleep, so why not that
one?

"It's been playing in my head over and over since I struck the ball and there's probably not a word to quite describe how it feels. Final. 55 years. 1 penalty. History. All I can say is sorry. I wish it had gone differently."

Rashford praised the England squad for building such a strong bond during the tournament, as they became the first England team to reach a major final since the 1966 World Cup winners.

He added: "Whilst I continue to say sorry, I want to shout out my team-mates. This summer has been one of the best camps I've experienced and you've all played a role in that.

"A brotherhood has been built that is unbreakable. Your success is my success. Your failures are mine."

As well as racist abuse on his social media feed, Rashford's mural in the Manchester suburb of Withington was defaced. 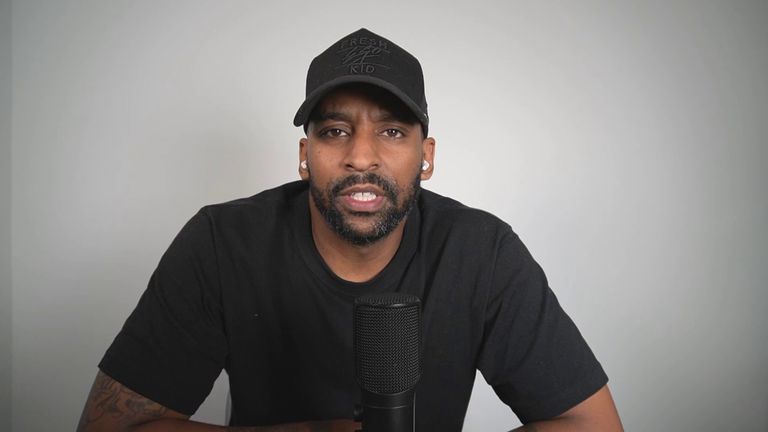 The United Stand presenter Flex believes the only way abuse on social media can be prevented is through accountability, but is not confident Facebook and Twitter will take a strong enough stance

However, it was subsequently covered with messages of support, a picture of which he also placed on his Twitter feed, along with kind letters he has received from fans.

He said: "I've grown into a sport where I expected to read things written about myself.

"Whether it be in reference to the colour of my skin, where I grew up, or, most recently, how I decide to spend my time off the pitch [a reference to his campaign against homelessness and child hunger in the UK].

"I can take critique of my performance all day long. My penalty was not good enough, it should have gone in, but I will never apologise for who I am and where I came from.

"I've felt no prouder moment than wearing those three lions on my chest and seeing my family cheer me on in a crowd of 10s of thousands.

"I dreamt of days like this. The messages I've received today have been positively overwhelming and seeing the response in Withington had me on the verge of tears. The communities that always wrapped their arms around me continue to hold me up. 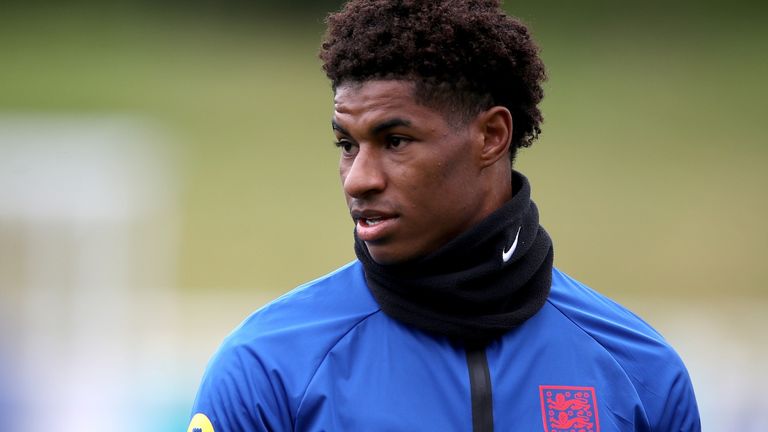 "I'm Marcus Rashford, 23-year-old black man from Withington and Wythenshawe, South Manchester. If I have nothing else I have that.

He wrote: "I am PROUD OF YOU. You win some, you lose some.

"You took the courage to take penalties and you showed your worth to help your country reach the final. 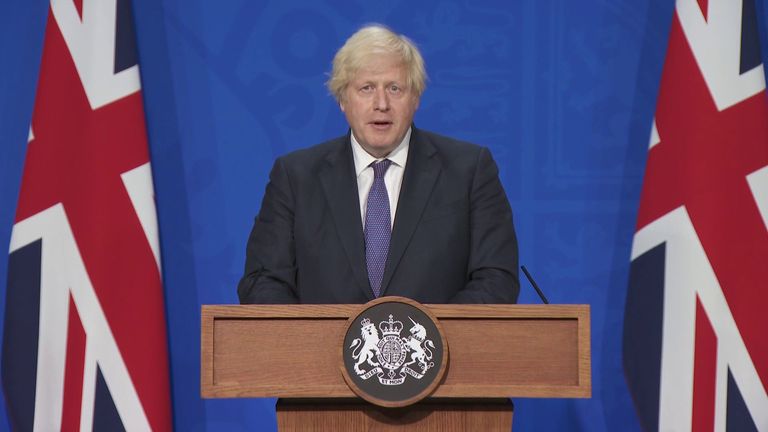 Prime Minister Boris Johnson has condemned the racist abuse directed at some England players, and has praised Gareth Southgate's team for bringing joy to the nation throughout the tournament

"We cannot tolerate or stand for racism anymore and we will never stop combatting it.

"You boys should hold your heads high and be proud of your confidence. You are examples of this beautiful game. Never forget that.

Mings hits out at Home Secretary

Defender Tyrone Mings has hit out at Home Secretary Priti Patel after the racist abuse suffered by Rashford, Sancho and Saka following the Euro 2020 final defeat to Italy.

Home Secretary Priti Patel has denounced the abuse in strong terms, saying it has "no place in our country and I back the police to hold those responsible accountable".

But England defender Mings pointed out that Patel has criticised the players in the past for their decision to take a knee before matches - which they believe is an important signal of their determination to fight against racism.

Responding to Patel's comments, Mings wrote: "You don't get to stoke the fire at the beginning of the tournament by labelling our anti-racism message as 'Gesture Politics' & then pretend to be disgusted when the very thing we're campaigning against, happens."

England manager Southgate condemned the racist online abuse of players. "For some of them to be abused is unforgivable really," he said. 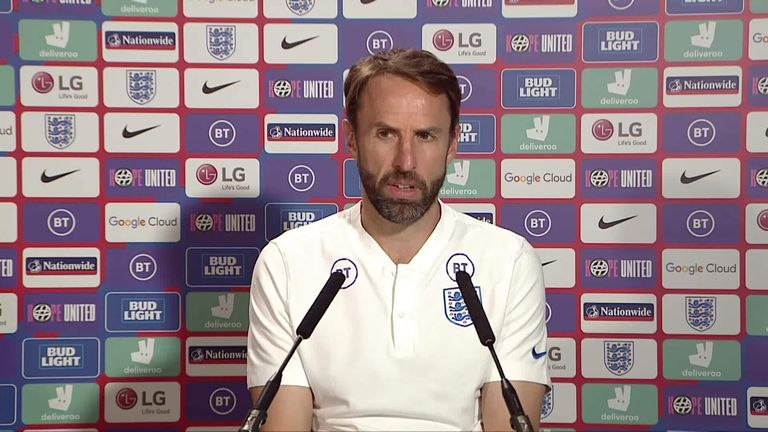 "I know some of that has come from abroad, people who track these things are able to explain that, but not all of it.

"It's just not what we stand for. We have been a beacon of light in bringing people together in people being able to relate to the national team, and the national team stands for everybody and so that togetherness has to continue.

"We have shown the power our country has when it does come together and has that energy and positivity together."