England play Germany at Wembley on Tuesday in the last 16 of Euro 2020; Forward Kai Havertz, one of three Chelsea players in the Germany squad alongside Timo Werner and Antonio Rudiger, told a press conference in Bavaria on Sunday: "Of course, this is a special game for me."

Kai Havertz admits Germany's clash with England will be a "special game" for him - and has declared his readiness to take a penalty.

The sides meet at Wembley on Tuesday as they vie for a place in the Euro 2020 quarter-finals.

Forward Havertz, one of three Chelsea players in the Germany squad alongside Timo Werner and Antonio Rudiger, told a press conference in Bavaria on Sunday: "Of course, this is a special game for me.

"I've played at Wembley at one point or another. It's a big game for all of us and we'll do everything we can to win." 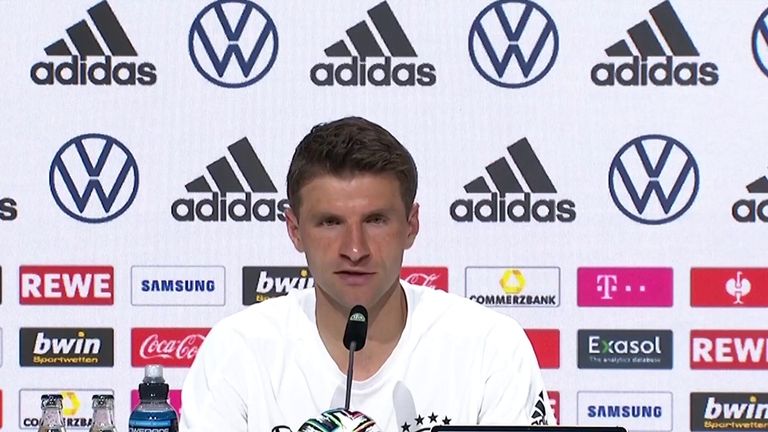 Asked about training for a possible penalty shoot-out, Havertz said: "Of course, you have to be prepared and after training you sometimes take a penalty or two.

"But the 120 minutes before that are much more important and we'll try to win the game before then. If that happens, I would definitely take a penalty."

The 22-year-old - scorer of two goals at the tournament so far - was joined at the press conference by team-mate Robin Gosens, who says the "anticipation is gigantic" for the game. "Playing England in England is huge," the Atalanta player said.

"I've never played at Wembley either and I'm really in the mood for it." He added: "Of course that (the lack of German supporters at the stadium) is a shame for the fans, but for us it's additional motivation. It's great when the whole stadium is against you.

"We have to take our motivation from the fact that we will do everything we can to ensure that the English are as quiet as possible in their own stadium." 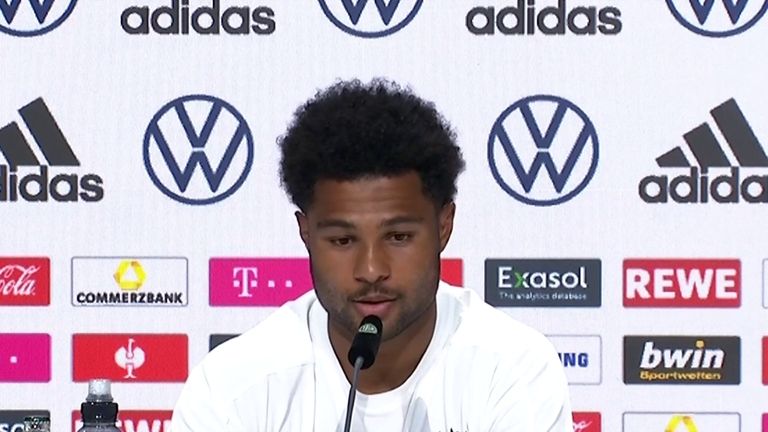 Germany reached the last 16 after claiming second place in Group F via a 2-2 draw with Hungary, secured by a late Leon Goretzka goal.

Gosens said of the group campaign, in which Joachim Low's men also lost 1-0 to France and beat Portugal 4-2, with the wing-back among the scorers: "Everything was certainly not perfect, but we made it through second in the most difficult group.

"I am full of confidence that we can build on the games against France and Portugal and reach the final. That is the goal."