Tottenham winger Heung-Min Son returned to the form-chart summit, despite Spurs not playing in midweek and the 1-0 defeat against Brighton at the weekend - which ended his three-game purple patch of six goals and one assist.

Manchester City midfielder Kevin De Bruyne held runner-up spot after assisting Bernardo Silva during a 3-0 win over Brighton to record his sixth goal involvement in four league games - while team-mate Joao Cancelo (No 10) topped a raft of stats to edge into the elite standings.

Newcastle midfielder Bruno Guimaraes (No 3) maintained his streak of form by assisting Miguel Amiron in a 1-0 win over Crystal Palace - having scored a winning double in a 2-1 win over Leicester on Sunday. 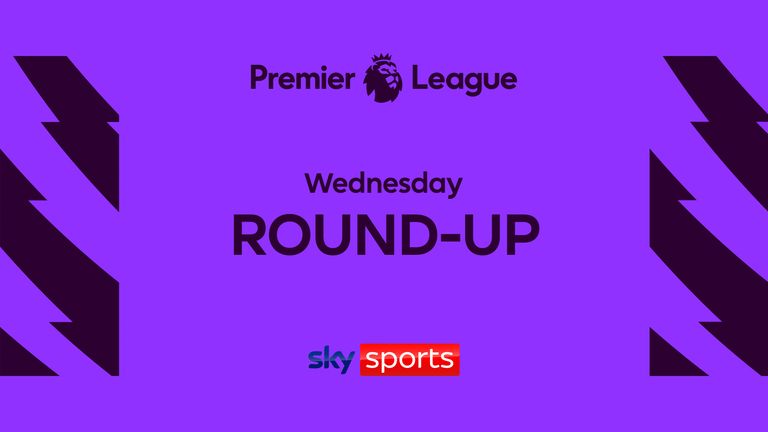 A round-up of all the action from Wednesday in the Premier League, featuring Chelsea's London derby with Arsenal, Manchester City's game with Brighton and more.

Leeds winger Jack Harrison (No 4) retained a lofty standing from a three-game goal streak, while Cristiano Ronaldo (No 5) slipped four places from top spot after missing the defeat to Liverpool due to the tragic passing of his newborn son.

Chelsea midfielder Mason Mount (No 6) teed up Cesar Azpilicueta in the midweek 4-2 defeat to Arsenal, having netted twice and created another in the 6-0 win over Southampton a fortnight ago - with Timo Werner (No 7) netting a deflected goal at Stamford Bridge.

FREE TO WATCH: Highlights from Liverpool’s win over Manchester United in the Premier League.

Mohamed Salah (No 8) broke his duck in open play with a double as Liverpool demolished Manchester United 4-0 at Anfield on Tuesday, while Burnley defender Nathan Collins (No 9) soared into the top 10 after sealing three crucial points in a 2-0 win over Southampton. FREE TO WATCH: Highlights from Burnley's win against Southampton in the Premier League.

Salah broke his six-game duck for goals from open play in the Premier League as Liverpool crushed United - extending his lead atop the scoring chart to five goals.

Son leads the chase on 17 goals, with Ronaldo and Diogo Jota next in line, both locked on 15 - while Salah's team-mate Sadio Mane remains with an outside chance of claiming the Golden Boot on 14 goals.