Manchester CIty forward Gabriel Jesus secured top spot in the form chart for a second week running after scoring in the 4-0 win at Leeds, having smashed four goals past Watford last week.

Tottenham forward Heung-Min Son soared back into runner-up spot after netting a double in the 3-1 win over Leicester, while Bruno Guimaraes (No 3) slipped one place following the 1-0 defeat to Liverpool. 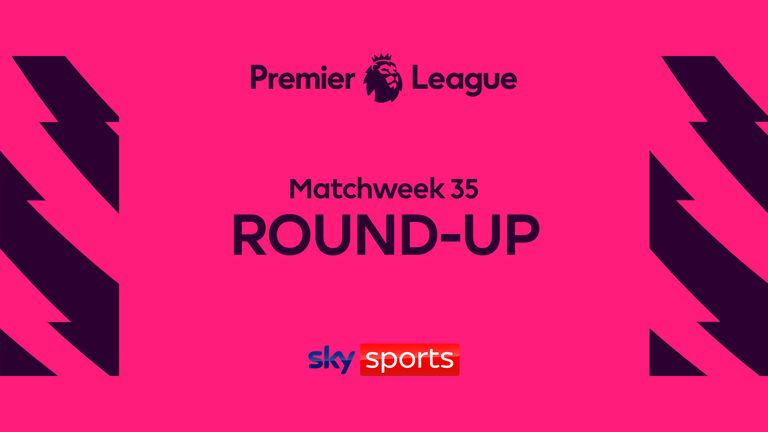 A look back at all the action from Matchweek 35 in the Premier League.

Manchester City midfielder Rodri (No 4) scored for the second successive league game in the victory at Elland Road, while Wilfried Zaha (No 5) was back among the goals with a stoppage-time winner at Southampton.

Martin Dubravka (No 6) surged 20 places up the rankings after making nine saves against Jurgen Klopp's side, while Southampton maestro James Ward-Prowse (No 5) tumbled three places after the defeat at St Mary's Stadium.

Cristiano Ronaldo (No 8) maintained his extensive run in the top 10 after converting a penalty as Manchester United cruised to a 3-0 win over Brentford, having scored his 100th career Premier League goal in the 3-1 defeat at Arsenal. 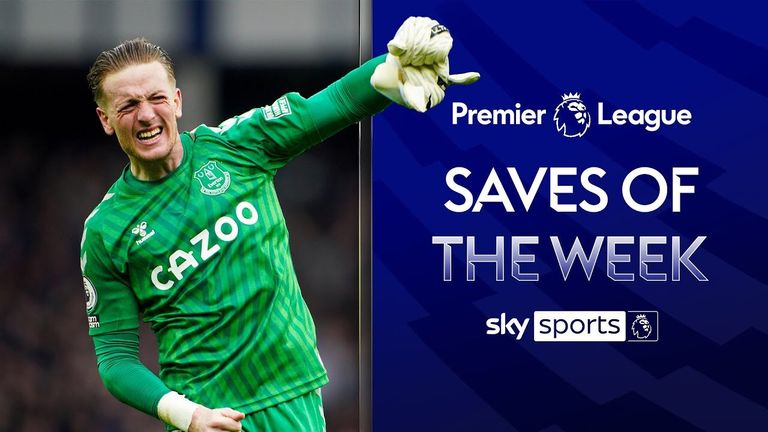 Our pick of the best saves from Premier League Matchweek 35, including Jordan Pickford, Tim Krul and Ben Foster.

Liverpool stopper Alisson (No 9) was back among the elite performers following his clean sheet at St James Park, while Burnley 'keeper Nick Pope (No 10) retained his top-10 standing following the Clarets' dramatic 2-1 win at Watford.

The current season totals reveal Salah is set to become the first player to win the Power Rankings twice - but Son is closing the gap at breakneck speed, while Trent Alexander-Arnold also has the award in his sights.

Salah broke his six-game duck for goals from open play in the 4-0 win over Manchester United and now has 22 Premier League goals to his name this season.

But Son has extended his haul to 19 this term, just three goals behind Salah - while Ronaldo is only four shy of the Liverpool winger, but United have only two games left to play.