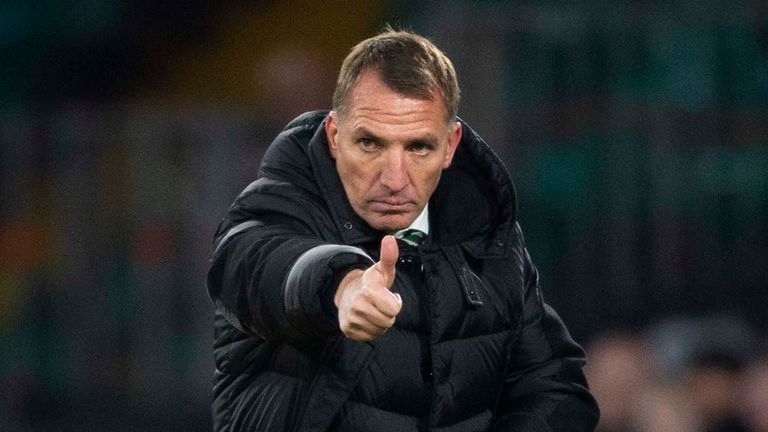 The Northern Irishman is currently in the Midlands city finalising his deal with the club after telling the Celtic board and players of his desire to leave on Monday.

The Scottish Premiership club confirmed on Tuesday morning that they had "very reluctantly" given permission for the former Liverpool boss to speak to Leicester following their approach.

And Celtic chairman Peter Lawwell later confirmed to Sky Sports News that the switch was close to being finalised.

"We're waiting to hear back from Leicester and hopefully it can all come to a conclusion quickly," he said.

Leicester have moved quickly for Rodgers after sacking Claude Puel following their 4-1 defeat to Crystal Palace.

The 46-year-old has been in charge at Parkhead since 2016 and has won all major honours available to him north of the border, including two Scottish Premiership titles, two Scottish Cups and three Scottish League Cups.

And Celtic, who are set to appoint former manager Neil Lennon as interim boss, are currently on course for a third successive domestic treble, sitting eight points clear of second-placed Rangers in the league with 11 games to go.

Rodgers is set to become Leicester's third manager since they sacked Premier League title-winning boss Claudio Ranieri almost exactly two years ago, with the team 12th in the division on 32 points.

And it will mark his return to the English top flight almost five years after he led Liverpool to second-place - their joint-highest Premier League finish to date.