Bamford has scored 13 Premier League goals this season and provided five assists in an impressive campaign; he has represented England at U18, U19 and U21 level but is yet to make his senior debut; Jesse Lingard, John Stones and Luke Shaw also set for recalls

Patrick Bamford's return to fitness means he is in Gareth Southgate's thinking for a first England call-up when the senior squad is announced on Thursday.

Marcelo Bielsa said on Wednesday that the striker still has a sore hip, but that he is nevertheless available for selection against Fulham in the Premier League on Friday night.

That news has alerted Southgate, who was in the stands at Elland Road on Saturday when he saw Bamford forced off after 35 minutes against Chelsea.

The England manager has a host of injury problems, especially in attack, with Danny Ings, Tammy Abraham and Callum Wilson all sidelined. Michail Antonio's decision to commit to Jamaica - reported exclusively by Sky Sports News - has further limited the number of English strikers available.

All of that strengthens Bamford's case. He has scored 13 Premier League goals this season and provided five assists in an impressive campaign.

The 27-year-old has represented England at U18, U19 and U21 level but is yet to make his senior debut.

England kick-off their World Cup qualifying campaign at home to San Marino on Thursday, March 25 before facing Albania away the following Sunday and then Poland at Wembley three days later.

A change in the Covid-19 rules in Germany could starve Jude Bellingham of his chance to join up with England for their first three World Cup Qualifiers, beginning next week.

FA officials were confident on Tuesday that Borussia Dortmund had a valid exemption from those rules, meaning their players would not be required to self-isolate for 14 days on return to Germany after international duty.

However, Sky Sports News has confirmed there was a change in the Covid rules for North Rhine Westphalia, where Dortmund is based, which was introduced late on Tuesday.

Gareth Southgate is keen to include Bellingham in his latest squad, which is announced on Thursday lunchtime, and the FA is still in talks with Dortmund in the hope that an exemption can be re-installed in time for the 17-year-old to join up at St George's Park on Monday.

However, Dortmund's head of first-team football Sebastian Kehl has always maintained the club will reserve the right to prevent players from travelling with their country, if it means they might be unavailable for training and matches on their return.

Bellingham became England's third-youngest senior player behind only Wayne Rooney and Theo Walcott when he came off the bench during November's 3-0 win over the Republic of Ireland.

The teenager, 17 years and 137 days old at the time, has already been omitted from the latest U21 squad with the youngster producing some eye-catching performances for Dortmund since joining from Birmingham City last summer.

So far, he has made 21 Bundesliga appearances and provided three assists. 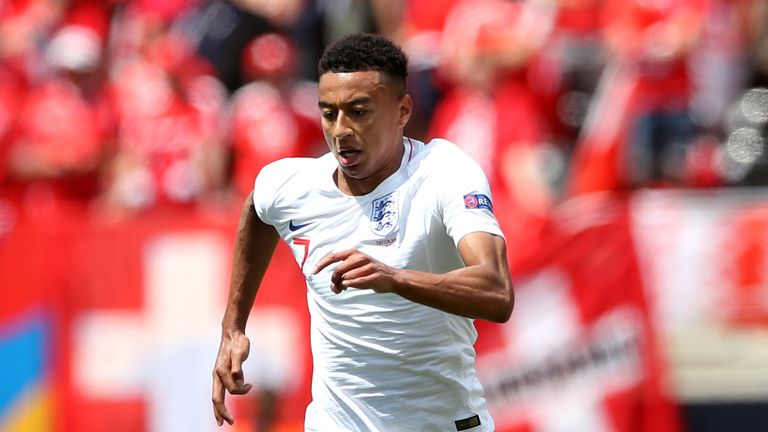 "There are likely to be three headline recalls when Gareth Southgate names his squad on Thursday lunchtime. They are Jesse Lingard, John Stones and Luke Shaw who we all expect to win their England places back.

"Jesse Lingard hasn't played since the Nations League finals of June 2019 for England, but since going on loan to West Ham he has had a real renaissance and was a key part of England's progression to the World Cup semi-finals in Russia three years ago.

"John Stones likewise. He was a key part of that World Cup squad as well. He has played just once for England in two years after slipping down Pep Guardiola's pecking order. He's another one who should expect a recall as a reward for his outstanding season so far with Manchester City.

"Luke Shaw is not a player Southgate has talked very highly of in the past but is someone that Gary Neville has said is the best left-back in the Premier League right now. He hasn't played an international since September 2018."