Poland's Kamil Glik appeared to pinch the neck of England's Kyle Walker in a half-time melee during the sides' 1-1 draw last month; FIFA says it cannot take any further disciplinary action due to lack of evidence; Polish FA denied allegations of racist abuse following the match 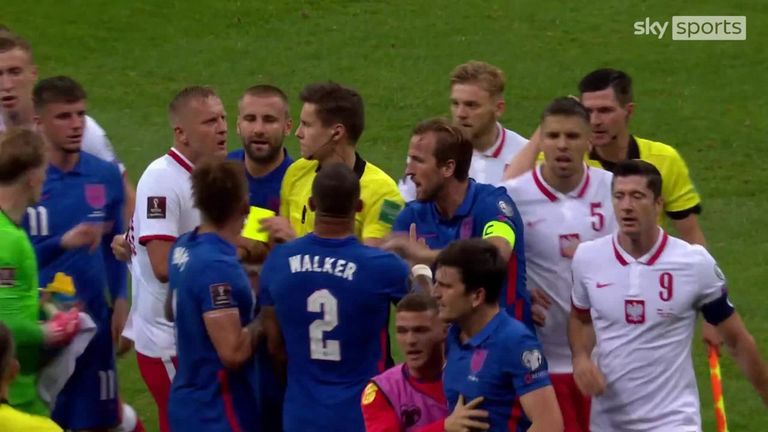 FIFA will not take any further disciplinary action following the exchange between Kamil Glik and Kyle Walker in England's World Cup qualification clash with Poland last month due to a lack of evidence.

England reported an on-field incident to the match referees after Glik appeared to pinch Walker's neck, before a half-time melee broke out between the sides in Warsaw.

Glik and England defender Harry Maguire were both booked following the incident, with the game going on to end in a 1-1 draw.

FIFA announced it would open an investigation into the match amid allegations of racism, but could not find any conclusive evidence of wrongdoing. 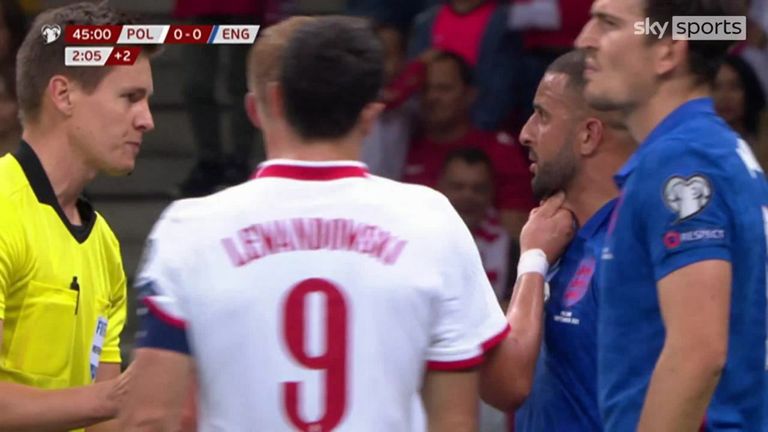 During the Three Lions' 1-1 draw in Warsaw, Glik appeared to pinch the neck of Walker in a half-time melee

"After a thorough assessment, which included relevant match reports, the FIFA Disciplinary Committee has decided not to open disciplinary proceedings in relation to Poland against England on 8 September, due to insufficient evidence." a FIFA spokesperson said.

"FIFA's position remains firm and resolute in rejecting all forms of discrimination but, in this particular case, no evidence has been produced to support further action."

"It was a normal football incident," he said. "Passions were running very high. There was some pushing between Glik and Walker at a free-kick. There was a lot of tension and some pushing but no racism.

"We had some discussions with the fourth official about this at half-time and I spoke to the players and they told me there was no racism."

Several arrests after Hungary fans clash with police at Wembley

Jeers could be heard from the away end as the England players took a knee to show their support for the fight against racism before kick-off.

Clashes then broke out in the away section, with police using batons in an attempt to control the crowd before appearing to be forced into the concourse. 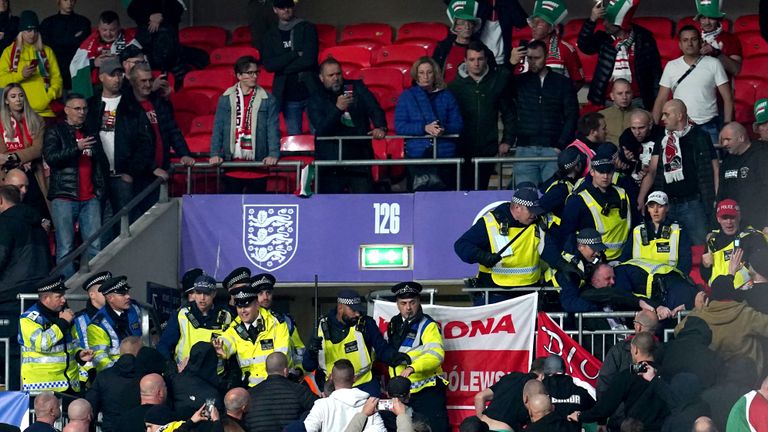 The Metropolitan Police revealed they had made one arrest on suspicion of a racially aggravated public order offence, and two on suspicion of affray and assault on an emergency worker inside the stadium.

As trouble continued on the concourse and outside Wembley, the police made one further arrest for affray, one for drunk and disorderly and one on suspicion of voyeurism.