Scottish Premiership: Referees' chief says VAR could be ready to roll out later this year

Scottish FA head of refereeing operations Crawford Allan says the introduction of VAR in the Scottish Premiership is much-needed; Allan says VAR should be viewed as an investment rather than a cost for the game, adding his referees will be ready for its introduction this calendar year 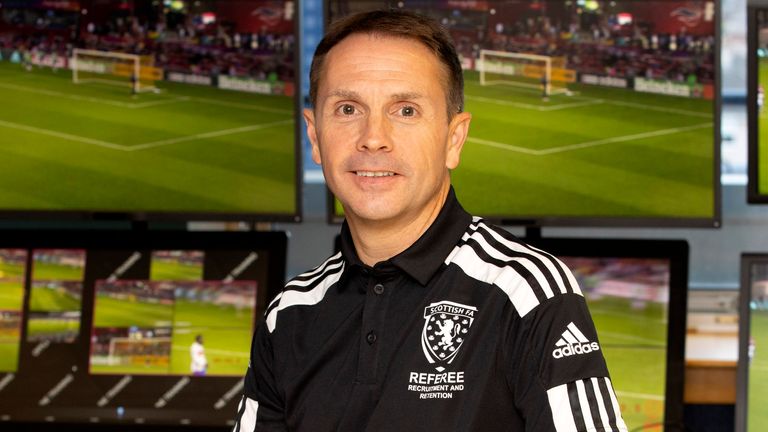 Scottish football could be ready for the introduction of VAR in the Premiership before the end of the year, according to the Scottish FA's head of refereeing operations Crawford Allan.

Premiership clubs last year backed initial plans to introduce VAR after a meeting co-hosted by the Scottish FA and SPFL.

Allan said the SPFL and clubs are mulling over a range of options that have been presented to them by his team, but insists his referees are ahead of schedule in their preparations for VAR and could be ready for its implementation by the time this winter's FIFA World Cup in Qatar comes around.

"From a refereeing perspective, whenever VAR comes in we will be ready," he told Sky Sports News.

"I've previously indicated that the opportunity of a window may have been after the World Cup. We've been doing our training, and since December, we are actually slightly ahead of where we thought we would be.

"Until that final decision on the model is accepted and agreed, then that final timeline is not something we can put our hat on just yet." 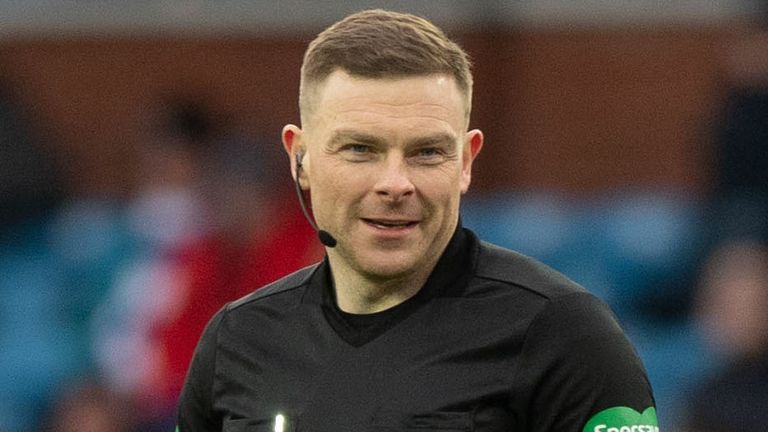 The costs involved will likely be a factor when it comes to which type of VAR will eventually be implemented in the top division of Scottish football.

Allan, though, says when it comes to allocating funds for VAR, it should be looked upon as an investment rather than a cost.

"If we can drive investment in the game and get the right balance in terms of the model [that would be ideal]. We've given the SPFL and clubs a range of options in the last eight or nine months, and the clubs are looking at that. 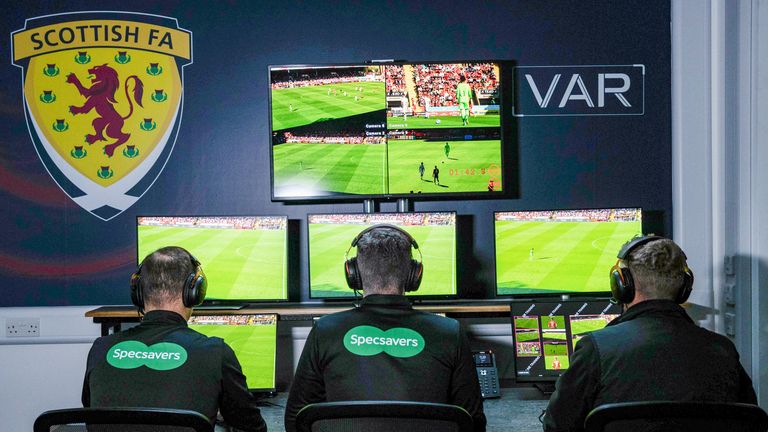 "We want the model that gives us the best decision-making, purely from a selfish point of view, in terms of refereeing. I think that will help because it will help get the right decisions at the end of the day.

"In terms of key decision-making, referees get on average 92 or 93 per cent of the key decisions correct and it's been proven that VAR takes that up to 99 per cent.

What would VAR be used for?

We have seen VAR implemented all over the world across many different leagues so you might know what to expect.

With an extra referee reviewing clear and obvious errors, ultimately it is there to give officials more support.