A fifth of parents surveyed are not confident they could spot the signs if their child was abused at their local sports club; a new NSPCC poll found one in eight parents were not confident about how to raise concerns; calls to the NSPCC Helpline have almost doubled in the last five years

Parents are being asked to play a key role in keeping their children safe from abuse in sports in Scotland.

A new survey for the National Society for the Prevention of Cruelty to Children (NSPCC) has revealed almost a fifth of parents in Scotland are not confident they could spot the signs if their child was suffering sexual, physical or emotional abuse at their local sports club.

The research, carried out by YouGov, also found that one in eight parents in Scotland were not sure they knew how to raise concerns with a sports club about their child's safety. 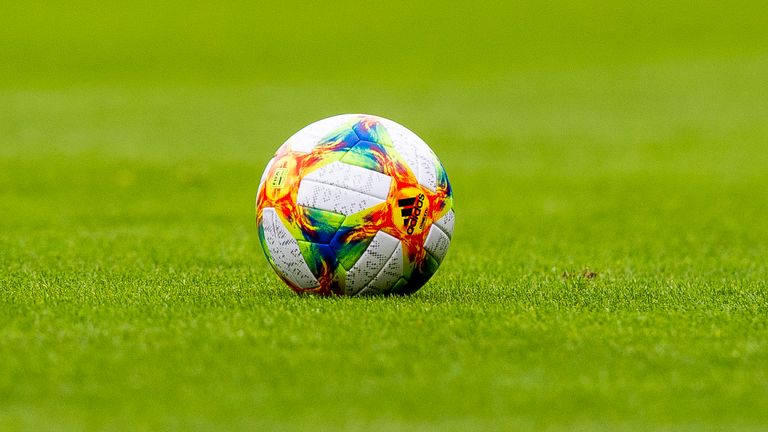 New data has also revealed the number of contacts to the NSPCC Helpline from adults from across the UK with safeguarding questions or concerns about children in a sports setting has almost doubled in the last five years.

Ross McGowan, Wellbeing and Protection Co-ordinator at the Scottish FA, said: "We are pleased to support this campaign which aims to keep children safe from all forms of abuse in sport settings.

"We will work with our clubs and members to promote the campaign toolkit and encourage as many parents and carers as possible to understand the important role they play in the bigger safeguarding picture of sport.

"We hope that by promoting this campaign, more parents will ask those important questions around safeguarding when their child takes part in sports in Scotland, helping us to ensure our clubs are offering a safe, fun, and engaging environment."

Claire Nelson, CEO of Netball Scotland and Strathclyde Sirens, said: "We are proud to once again be supporting NSPCC Scotland's Keeping Your Child Safe in Sport Week.

"It's vital that children get the opportunity to take part in sport safely and this campaign will equip parents with the knowledge they need to feel confident that their child is safe in a sport's setting.

"As children begin to get out and about again after the pandemic, many parents and children will be feeling anxious about joining clubs and activities for the first time or resuming them.

"This campaign provides all the resources, tools and information parents need to empower families to get back to doing what they love - in a safe environment."

Former Premier League footballer Paul Stewart, who played for Manchester City, Tottenham and Liverpool, was sexually abused by a football coach and said: "It is absolutely vital that safeguarding is a top priority in children's sport.

"And the importance of campaigns such as the NSPCC's Keeping Your Child Safe in Sport Week, which raises awareness of the issue and empowers parents to play their part, cannot be understated.

"Strong safeguarding policies in sport clubs and good parental awareness of them make it much harder for abusers to target children in these environments.

"That is why it is so important that parents and carers know how to access safeguarding information for their child's club, are able to identify signs of abuse and have the confidence to speak out about any issues.

"Every child should be able to enjoy sport without the risk of abuse."

As well as social media support from sporting clubs and figures across the country, there will be virtual courses for parents to promote safeguarding in youth sport.

Michelle North, Director of the NSPCC's Child Protection in Sport Unit, said: "For many of us, it was playing at our local grassroots sports clubs as children where we first encountered a deep lifelong love and passion for sport. Every child and young person deserves to enjoy sport in an environment that is safe from abuse and harm and where they can play within a culture that advocates for their care and wellbeing.

"Parents and carers play a key role in keeping children safe in sport. This is why during the NSPCC's Keeping Your Child Safe in Sport Week campaign, we want to empower parents and carers with the knowledge, information and confidence needed to uphold child safeguarding."

A total of 92 parents, whose children are aged three-16 and attended clubs across Scotland, took part in the NSPCC survey.