Livingston are fourth in the Scottish Premiership after dropping just two points in November; David Martindale last won the award in January 2021; Livingston return to action after the World Cup break on December 17 against bottom side Dundee United 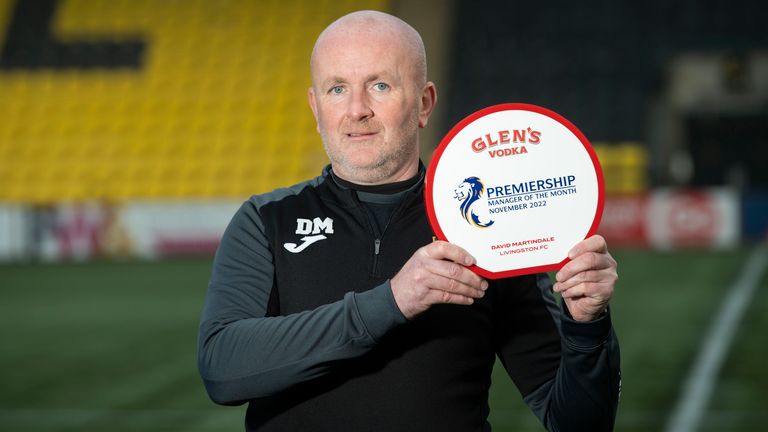 Livingston's David Martindale reflects on being named the Scottish Premiership manager of the month award for November.

Livingston boss David Martindale has been named the Scottish Premiership manager of the month for November.

The club are fourth in the Scottish Premiership - two points behind Aberdeen - after an impressive run of results which saw them beat Kilmarnock and the Dons before a draw at Hearts.

In their last six matches, Martindale's side have lost just once - a 3-0 defeat against Celtic - which came after an impressive 1-1 draw against Rangers at Ibrox.

Livingston have picked up seven wins from their 15 matches played this season as they look to better their seventh-place finish in the last campaign.

Martindale, who last won the award in January 2021, said: "I'm absolutely delighted to receive this award as it's always special to be recognised for the club's success.

"As everyone knows, this is most definitely a collective award and only possible because of the work put in by all the staff and players at the club. 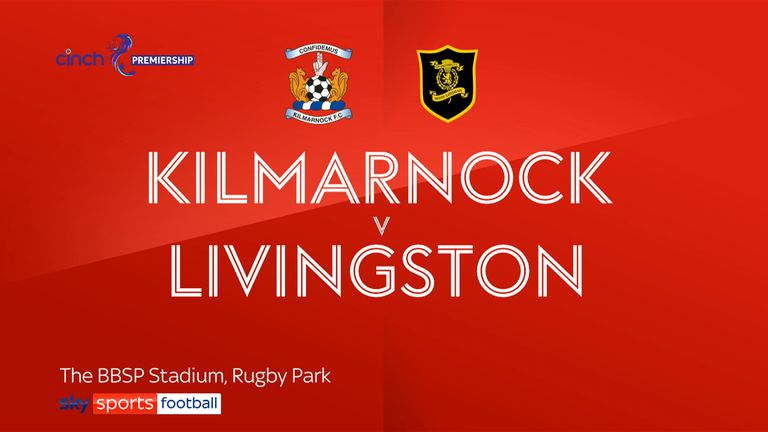 "There is a huge amount of work that goes on by everyone behind the scenes, which often goes unrecognised at most football clubs and we're no different, so I'm really pleased that we've all been recognised for the success that that has helped achieve on the park.

"I'm delighted and proud to be the one who will receive this award on behalf of everyone else at the football club as, like I say, it's most definitely a collective achievement."

New Rangers boss 'will not be me'

Livingston's form has seen Martindale, a boyhood Rangers supporter, loosely linked with the vacancy but the 48-year-old has laughed off those suggestions and instead backed QPR boss Michael Beale for the vacancy.

"It won't be me," he said. "Nobody's been in touch, and I don't envisage anybody being in touch.

"I don't want to speak out of turn because it's not my place to talk about other clubs and other managers but I think Michael would be a great fit for Rangers.

"That's up to Michael Beale and Rangers Football Club, not David Martindale.

"Would that be a good fit? Probably but I don't know more than you do.

"I'm a big advocate for British managers. I think someone with a knowledge of British football (is preferable).

"It's easy to be a bit more clever and go down the foreign route, and I think Ange Postecoglou has been a fantastic signing for Celtic, but I think there's a correlation between Australian and British football culture.

"Sometimes I think you can bring a foreign coach in and it can be difficult. There's a lot of talent in the UK market, though I am slightly biased being a Scottish manager.

"Would I like to see Michael get the job over a foreign manager? Yes, I would, but that's just my personal preference. I think there's a lot of talent in Scotland. I see Sean Dyche has been linked and he's another fantastic talent.

"I like to see progression within the British game and I think there's a lot to be said for hiring someone with knowledge of the players and knowledge of Scottish football."

The Scottish Premiership resumes on December 15 following a break for the World Cup with nine games scheduled over the coming weeks.

Sky Sports will show up to 48 live matches from the top flight, plus five Scottish Women's Premier League ties including the Sky Sports Cup final between Rangers and Hibernian on December 11.

Sky Sports Digital - Follow all the latest from Scottish football across skysports.com and app, including exclusive features and interviews, plus dedicated live blog coverage, in-game clips from matches live on Sky Sports and free highlights.