The 27-year-old had been told earlier in the summer that he was surplus to requirements in Spain, leading to speculation he was about to return to the Premier League.

Arsenal inserted a clause in the deal that took him to the Nou Camp in 2011 that gave them first option to re-sign the player. 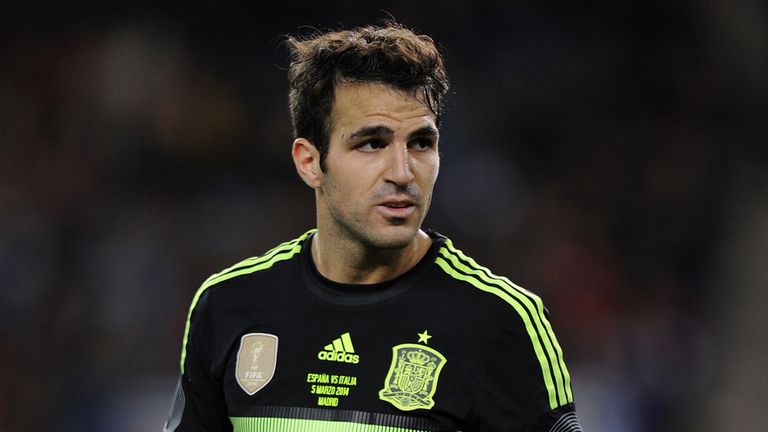 I considered all the other offers very carefully and I firmly believe that Chelsea is the best choice. They match my footballing ambitions with their hunger and desire to win trophies.

But the Gunners decided not to take up that option and Chelsea have secured a deal for Fabregas, who is currently with the Spain squad at the World Cup.

"Firstly I would like to thank everyone at FC Barcelona where I enjoyed three wonderful years,” said Fabregas.

“It was my childhood club and I will always be proud and honoured that I had a chance to play for such a great team.

“I do feel that I have unfinished business in the Premier League and now is the right time for my return.

“Yes, everyone knows that Arsenal had the first option to sign me. They decided not to take up this option and therefore it wasn't meant to be. I wish them well in the future.

“I considered all the other offers very carefully and I firmly believe that Chelsea is the best choice. They match my footballing ambitions with their hunger and desire to win trophies.

“They have an amazing squad of players and an incredible manager. I am fully committed to this team and I can't wait to start playing.

“It was extremely important to me that this transfer was completed before the World Cup so that my mind will only be focussed on hopefully helping my country try to retain the trophy."

Barcelona confirmed the deal in a club statement which thanked the player for his three years at the Nou Camp.

The statement said: "FC Barcelona wishes to publicly thank Cesc Fabregas for his professionalism and dedication during his years at the Club, which will always be his home, and to wish him all the very best for the future."

Barcelona have already moved to replace Fabregas in their squad having agreed terms with Sevilla for Croatian Ivan Rakitic.