Roma have told Manchester United their Holland midfielder Kevin Strootman is not for sale, at any price.

The 24-year-old was heavily linked to United, as well as Milan, before moving from PSV Eindhoven to the Giallorossi in July 2013 for £15.6million.

Strootman returned to competitive Serie A action recently from a serious knee injury picked up in March, which ruled him out of Holland's run to third place in the World Cup in Brazil. 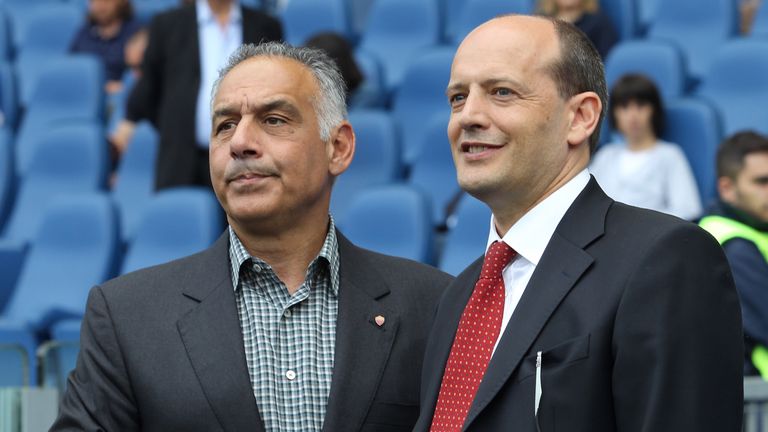 He is a young player and we have a very long contract so we want to build our team around him."

United manager Louis van Gaal had worked with Strootman during his time in charge of the Dutch national team ahead of his move to Old Trafford and is believed to rate him highly.

He was an unused substitute as the Romans limped out of the Champions League in a 2-0 home defeat to English champions Manchester City but Roma general manager Mauro Baldissoni told Sky Sports News HQ: "This is something I'm reading every day. It is also something our president doesn't like to read every day.

"He made a statement a few weeks ago saying Kevin was not for sale but, to be fair, we haven't received any call from Manchester. We do not plan to sell him."

Sky Sports News HQ reporter Bryan Swanson then asked the Italian if the club would consider or need to sell Strootman to van Gaal's United following their exit from Europe's top tier competition.

He added "I don't have a clue. This is something you should ask Van Gaal or Mr (Ed) Woodward but we don't think we will sell our best players. Kevin is also young, not only a good player, he is a young player and we have a very long contract so we want to build our team around him."