Reports suggest Toure has become increasingly unsettled at City, who have slipped to fourth place in the table after losing four of their last seven Premier League matches.

And he added credence to the possibility of a move away from the Etihad after giving an interview to a French publication where he said will always go where he is “offered new challenges.” 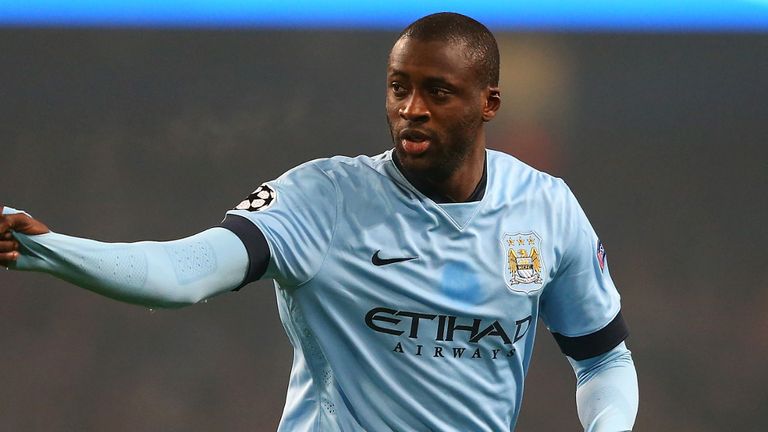 Yaya is a legend at Manchester City. All the supporters like him, he's helped them make history.

The 31-year-old has two years left on a contract reported to be worth in excess of £10m a year, but Seluk has repeated Toure’s claims that money will not be a decisive factor as he weighs up his options.

"We have had different offers for Yaya but we must speak to Manchester City,” Seluk told Sky Sports News HQ's Amy Lewis.

“People think he will stay because of money but we don't care about money. If Man City don't want him - no problem.

“I want someone to say that they want Yaya to stay at Manchester City. Yaya is a legend at the club. All the supporters like him, he's helped them make history.”

Speaking prior to Manchester City’s 2-0 win over West Ham on Sunday, manager Manuel Pellegrini refuted suggestions the club could offload Toure at the end of the season.

But the relationship between Toure’s camp and City has come under strain over the last 12 months after the club forgot his birthday last year.

Toure, who turns 32 on May 13, was bought by former City manager Roberto Mancini from Barcelona for a fee in the region of £24m in July 2010.

The pair have a mutual admiration for one another and Mancini has made no secret of his desire to sign Toure to help Inter Milan’s Scudetto title quest next season.

Toure has failed to recapture his form of last season where he grabbed 20 goals in 35 games as City clinched the Premier League title ahead of Liverpool. The midfielder has scored eight goals in 25 matches this term and has contributed one assist compared to last year's tally of nine.

Speaking on The Morning View, former Tottenham and QPR manager Gerry Francis admitted he would not be surprised to see Toure leave City.

If we were talking about the Yaya Toure of last year I think it would be a big blow but certainly I feel his form and in some cases his effort has been pretty poor,

“If we were talking about the Yaya Toure of last year I think it would be a big blow but certainly I feel his form and in some cases his effort has been pretty poor,” Francis said.

“Things don’t seem to be quite right there for me, so it wouldn’t surprise me if that happens. Certainly Manchester City will change a few things, anyway."

Former Charlton and West Ham manager Alan Curbishley said: “It seems to be a bit of a saga and there’s no smoke without fire. Things keep coming out about Yaya Toure.

“If it is true that he wants to get away perhaps it is the route that Manchester City are going to take because they need to reinvigorate that squad and change it around.”