The full Premier League weekend programme is back after the winter break, and Charlie Nicholas has given us his predictions...

This is a cracking game. Two points separate the two teams, teams that have taken a lot of criticism recently, although I must admit the criticism has been balanced.

Everton players were not at it under Marco Silva, I did not see a style and did not see commitment. The list of players that were not showing up was quite big. All of a sudden, Duncan Ferguson and Carlo Ancelotti have come in and got the results despite not playing brilliantly. 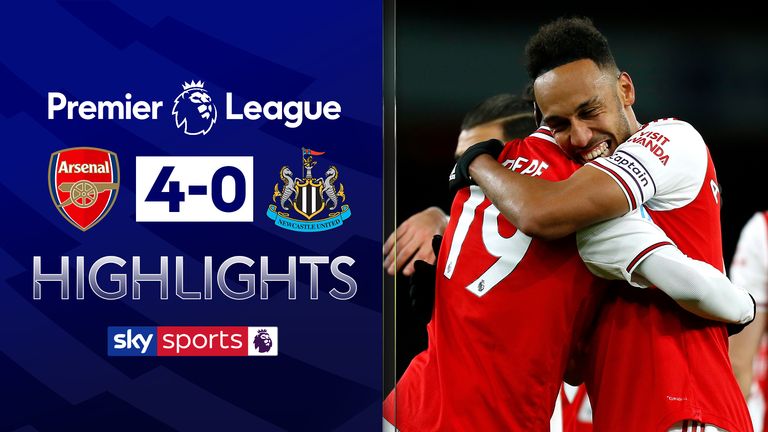 FREE TO WATCH: Highlights from Arsenal's 4-0 win against Newcastle

The Arsenal defence is looking solid, but Everton will still give chances, especially with Dominic Calvert-Lewin enjoying the best period of his career. I'm not overly happy with the personnel in front of the Arsenal defence. Granit Xhaka did not sprint back at any time to help out at Olympiakos and, while Mateo Guendouzi played well, he will not play this weekend.

Bukayo Saka has been different class, though, and Arteta has a nice headache selection from a group of improving attacking options. Arsenal finally have an opportunity to get away from the likes of 11th and 10th and threaten the race for Europe, if they get the momentum, why could they not grab a top-four position?

Liverpool will have had a chance to recover from Tuesday's defeat in Madrid. We knew they would get it tough; they did not play well and had lots of the ball but it was a dogged team that got physical and defended well, and that agitated Liverpool. This happens and it is the Champions League after all. We saw West Ham go to Man City and park the bus. David Moyes went with Michail Antonio instead of Sebastien Haller due to counter-attack threat. Robert Snodgrass could not keep the ball, and West Ham could not get out. If they go down 2-0, they will be happy with that, with goal difference tot think about.

Liverpool will be the exact same, as it is three points closer to the Premier League title. They just need to get another game ticked off and though the crowd will want it to be more exciting, they will be happy to just get over the line too. Liverpool will take it nice and easy if they do score early, and then can afford to make the changes. Jurgen Klopp has to protect some of these players and do not want them to pick up any injuries for the return leg. The result will not be as damaging as some people may think. 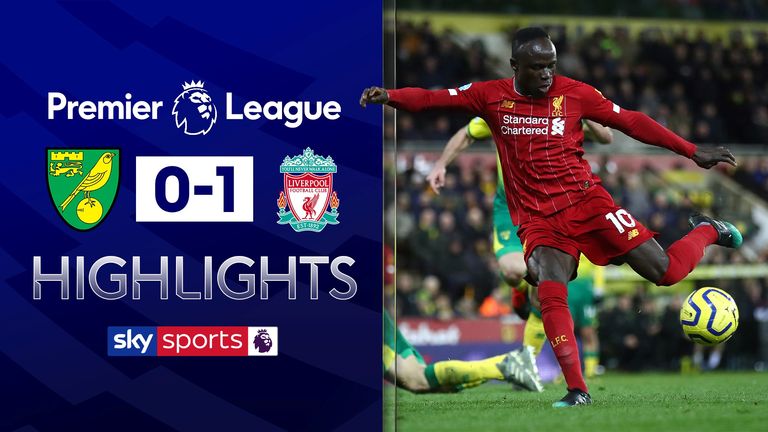 FREE TO WATCH: Highlights from Liverpool's 1-0 win at Norwich

It is another unpredictable scenario for Manchester United. I thought they were ordinary again in Bruges. Anthony Martial got another goal. What is the formation going to be this weekend? It is a weird thing to navigate and pick apart.

On any given day, it is usually a banker, but because of how Manchester United are now, you cannot guarantee anything. Watford are battling for their lives and they will scrap away and be a handful if they can get going.

With a Watford win potentially lifting them out of this hole, I do not see a lot in this one. I'm finding it hard to make a strong case for Manchester United but with Martial back in the goals, I will opt for a narrow home win, although I wouldn't be surprised by a draw.

I like a lot of the stuff Diogo Jota does. It was a superb hat-trick against Espanyol and a great win for Wolves. Norwich will not feel comfortable parking the bus at Molineux but I do think they have improved in that department. The issue is they do not have enough quality at the back to get them through and they are lacking in attack.

It is normally awkward with Wolves to break these sides down, but I do think they will get there on this occasion. Wolves will continue to threaten all of those teams that are in the hunt for the top four.

This is a massive game in the context of the top four. The serious interest is at the bottom, but the potentials for the top four is phenomenal. The fascination is Chelsea's home form, which has been awful. The youngsters have come out of the picture a bit, and it was always going to be an up-and-down season.

Tottenham were patting themselves on the back after their match against RB Leipzig. But why? They turned up for 15-20 minutes. Heung-Min Son is now injured, so what is their out ball? Lucas Moura played on the shoulder when he was scoring, so he could get in behind. But he does not link the play up; that is not his game. You can already see why they miss Christian Eriksen. They did get some fabulous money for him but you can see the difference in where Tottenham are going.

Chelsea and Tottenham do not like each other one bit, and it's Lampard against Mourinho. I am expecting there to be major discipline issues here; it will be a tense and aggressive affair. I am struggling to separate these two as you do not know what will you get off them. I would play Olivier Giroud, not Michy Batshuayi, and see how you go for 65-70 minutes. They need an out-ball to get up the pitch. That is my point regarding Moura - Tottenham need to be able to get out.

As soon as you say this, you know it is going to be tight. Burnley played well at Southampton and Sean Dyche picked the team just as you would expect. Jay Rodriguez comes in and does the job, as well as Matej Vydra. Dwight McNeil looks a good player, but the wide players are key as the midfielders are generally not scoring enough goals. The centre forwards or defenders are where the goals are coming from. Dyche will not care as long as they win, and I fully respect that. It has certainly got them out of trouble in the last four games alone. I do not see them in the debate when talking about the relegation battle - they could see this as being one game from safety.

Bournemouth are heading back to being good at what they are best at. They take a risk at the back and rely on Aaron Ramsdale, while the two Wilsons, Harry and Callum, are performing. They do need Josh King to settle after the Manchester United speculation, and they have missed David Brooks, but they need to find the solution of goals coming from differing areas. Their form has looked a bit more encouraging and I do think they have something in them to earn a draw from this.

This is another one I find hard to separate. Over the last few weeks, the predictions have been harder and harder to make. Newcastle still have work to do. The safety net for points is probably 39, which means Newcastle need three wins or so to get there. They have been good away from home - they got ripped by Arsenal but only in the second half, while they always look promising on the counter-attack.

Crystal Palace did have a really good spell, but are they safe? They are 14th and sit only six points above West Ham. They do not score goals either. I do see many draws coming this weekend, and this is the first of them.

This is the most awkward to judge. I do not like going with draws, but I am sitting on the fence a lot this week. Sheffield United have been breathtakingly good. The debate goes on about whether they are capable of finishing inside the top six. I said no, but when they beat Bournemouth, it put them only a couple of points behind Chelsea, and they do have generous fixtures coming up.

They are performing much above expectations, and they know how to dig a result. Are there enough goals in Oli McBurnie? They will create chances from the wing-backs, that is guaranteed. I keep praising the way Brighton play, but I think they are in free-fall at the minute. Sheffield United will make sense of this game and come away with the points.

This is another belter. Southampton have done OK, but were sluggish against Burnley. They played well and were brave against Liverpool. We have to sit and bow to the form of Danny Ings, but there a few players coming into form. Stuart Armstrong has been great. I was a fan of his at Celtic. He can play anywhere in midfield and gives Southampton an extra edge. This is where you break down the way the games are going for them at the moment.

I appreciate giving the ball to Jack Grealish, but distribute it a bit more to the other players. Anwar El Ghazi, Trezeguet, and Matt Targett can all interchange well. I do not see much else from Aston Villa. If Grealish does have it, make sure you have three or four runners, as he has the vision to provide them. Southampton do struggle at home, so it is another draw for me.

What a magical game. Leicester have gone from having a sensational season to a 'very good' season as it stands. They are in third and have enough of a gap to make the top four. They could slide, but this is where Brendan Rodgers will pit his ethos and tactics against Pep Guardiola.

On the other side, Aymeric Laporte is back to stop that vulnerability in the heart of the City defence. Things have calmed down and not massively different, but there is an authority there. They look as if they have their comfort back, and that makes such a big difference. The UEFA ban is hanging over them, so it is hard for the club to put it to the side. They have been and will be talking about it for weeks. All they can do is put in the performances ahead of the Real Madrid game.