Anderson, known as the 'Burnley Express', is honoured two months after he overtook Sir Ian Botham as England's all-time leading Test wicket-taker and follows many of his contemporaries into the Honours list after the entire 2005 Ashes-winning team were recognised with MBEs or OBEs. 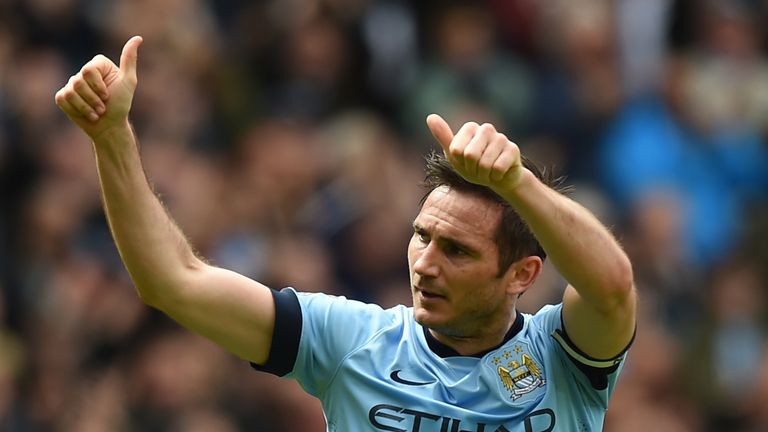 I feel very fortunate to have had such a long and fulfilling career in football.

Anderson was on the periphery of the England team in 2005, having begun his international career two years earlier, but gets his decoration 10 years on, as he prepares for his sixth Ashes campaign.

The 32-year-old said: "This means an enormous amount to me and my family. I'm very proud of my recent achievements, and this just caps it off.

"These achievements wouldn't have been possible without the help and support of my family, friends and everyone at Burnley CC, Lancs CCC and England."

Former Chelsea and Manchester City midfielder Lampard, who belatedly flew off to join New York City following his final game in the Premier League last month, collects an OBE for his services to football.

He said: “I am delighted to receive this huge honour. I feel very fortunate to have had such a long and fulfilling career in football. This is an extremely proud moment for myself and my family.”

Edwards, who gained a CBE in 2007, adds a knighthood for his services to sport and charitable services, while Davies, who captained the Welsh rugby union team and awarded an MBE in 1996, is recognised again with an OBE for his voluntary work for people with cancer.

Wilkinson, who previously got an OBE, retired in 2014 after winning consecutive Heineken Cups with Toulon to add to his 2003 World Cup triumph with England and has now been made a CBE.

He said: "I'm still getting used to it a little bit, it's amazing, I'm a very, very fortunate person. I've had an incredibly privileged lifestyle and I still stand around most of the time wondering how I'm getting away with it!

"I've done what I love doing, I've been paid well, I've had support from everyone all round the place, I'm very fortunate and very honoured."

Froch, who appears to be heading towards retirement not having boxed since his rematch win over George Groves nearly a year ago, gets an MBE for his services to boxing.