Di Marzio: "Aaron Ramsey will stay. He is on a lot of money, with a good contract, so it would be difficult to find another solution ... he is not the one Juventus want to sell."

A report from Sky in Italy earlier this month suggested the Bianconeri could be willing to sell him this summer but Di Marzio believes his contract at the Turin club means it would be hard to find a new club for the midfielder.

Speaking to Sky Sports News, Di Marzio said: "I think Aaron Ramsey will stay. He is on a lot of money, with a good contract, so it would be difficult to find another solution.

"Also I think he is not the one Juventus want to sell. (Sami) Khedira is the one. (Blais) Matuidi has finished his contract. So I think Ramsey will stay at Juventus." Di Marzio has the inside track on Juventus' transfer plans

Di Marzio spoke to Sky Sports News about a number of ongoing transfer stories and revealed new targets for both Everton and Wolves in the Premier League.

Di Marzio said: "Carlo Ancelotti wants new players for Everton. Not only Allan from Napoli but also Doucoure from Watford.

"And also the Roma winger Alessandro Florenzi, who was on loan at Valencia last year. These are two targets of Ancelotti."

Everton had wanted to sign Pierre-Emile Hojbjerg in midfield but he joined Tottenham for £15m last week, so the Toffees have moved onto other targets in this position.

Di Marzio said: "Also I was in Lisbon, so I knew that, from Portugal, Paulinho - the Sporting Braga striker - could be a new striker going into Wolverhampton Wanderers." 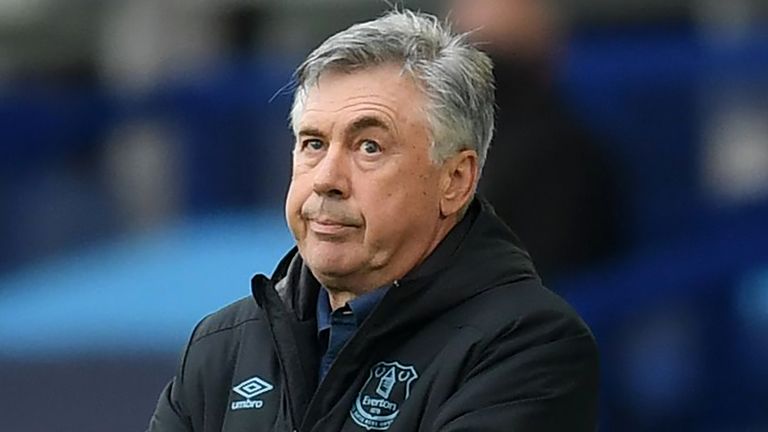 Wolves' star striker Raul Jimenez was relied on heavily last season and he is also a target for other clubs himself this summer, including Juventus.

Di Marzio went through Juventus' list of striker targets, which Sky in Italy reported on Sunday and that also includes Arsenal's Alexandre Lacazette.

Di Marzio also told Sky Sports News that he believes Roma will make a new offer to Manchester United to try to sign Chris Smalling on a permanent deal, after finally completing the signing of Pedro from Chelsea.

He said United are considering Juventus winger Douglas Costa after his agents put the proposal to sign him to them. "Juventus want him to leave so his agents are trying to find a solution, and they spoke to Manchester United to find out if they are interested in signing Douglas Costa.

"So United will think about this player. The problem is that Costa is often injured, so it's a problem for any club that wants to buy Costa. But they proposed Costa to United for this transfer market." Moving on to Napoli, Di Marzio said Manchester City have the biggest interest in Kalidou Koulibaly from the Premier League but, along with other clubs, are reluctant to meet the Italian club's £80m+ valuation.

"Koulibaly could leave Napoli," Di Marzio said. "But not at the price Aurelio De Laurentiis thinks to get. No one will arrive with an offer of 80 or 90million euros.

"Manchester City are the most interested club in England but the feeling between them is not so good. Remember the Jorginho affair when he was sold to Chelsea."