Barcelona, Manchester City and Real Madrid are among the clubs linked with Erling Haaland, whose £64m release clause activates in the summer; Haaland's agent Mino Raiola said there was a "big chance" his client would leave, while Dortmund are planning talks before the end of January Kaveh Solhekol says that Manchester City are in 'pole position' to sign Erling Haaland from Borussia Dortmund, however, the German club are confident in keeping the star striker for another season

Erling Haaland will meet with Borussia Dortmund to decide his future in the next fortnight, with Manchester City retaining pole position if the striker decides to move to the Premier League this summer.

A £64m release clause in Haaland's Dortmund contract becomes active in the summer, with a host of major European clubs monitoring the Norwegian's situation.

Last week, Dortmund director Sebastian Kehl said the club will sit down with Haaland "in the next few weeks", adding: "It would be good if a decision doesn't drag on forever."

Meanwhile, Haaland's agent Mino Raiola admitted last month there is a "big chance" his client will leave at the end of the season, listing City as one of the possible destinations.

Raiola told SPORT1: "He can and will take the next step. Bayern, Real, Barcelona, City - these are the big clubs he can go to. City have won the championship five times in the last few years, much more than United."

Guardiola refused to discuss the prospect of City signing Haaland in December, saying: "Next question - don't ask me about that. I won't answer."

City missed out on the capture of Harry Kane as a replacement for outgoing all-time top goalscorer Sergio Aguero last summer, leaving them short of options in the striker department. 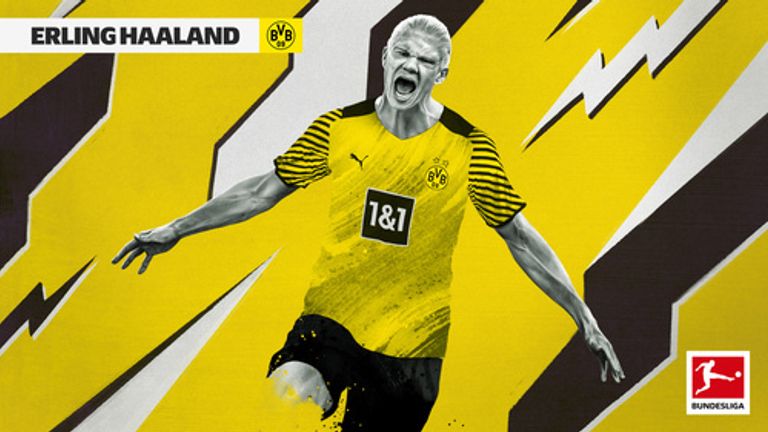 Erling Haaland has been in incredible form for Borussia Dortmund; check out some of his best goals from this season

Spain then the Premier League for Haaland?

Dortmund CEO confirmed Real Madrid's interest last month, telling BILD: "All I know is a guarantee that Real Madrid are very interested in him. I could name 25 others now."

Meanwhile, Barcelona president Joan Laporta was asked directly about signing Haaland last week, declaring his club "are back" and that anything is possible after Ferran Torres joined from City... 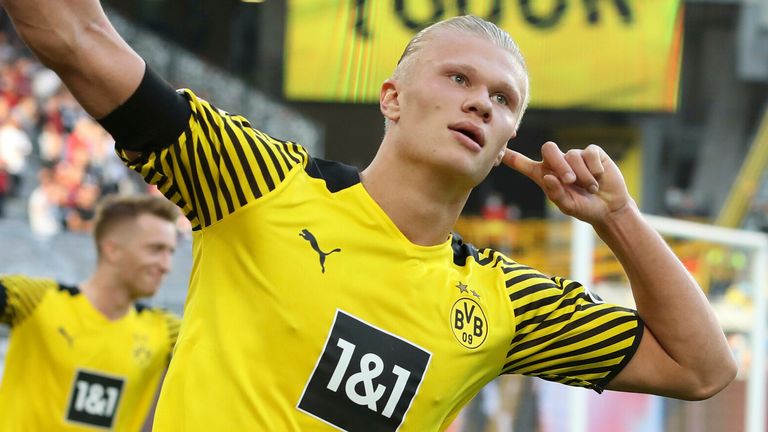 Would it be in the agent's interest for Haaland to move to a Premier League club this summer? Or maybe go elsewhere first and then the Premier League?

If he wants to move to the Premier League now, is that it for him? Can he realistically move to another league for the money that it would require?

It may be in Haaland's and his agent's interest to move to Spain, or another club in Germany, and then make the big move to England.