Ronaldo is "doing well, without symptoms, and in isolation", according to Portuguese Football Federation; Rest of Portugal squad tested negative on Tuesday and are available for Wednesday's game in Lisbon

Cristiano Ronaldo has tested positive for coronavirus and will miss Portugal's Nations League game against Sweden on Wednesday.

The Juventus forward is "doing well, without symptoms, and in isolation", according to a statement from the Portuguese Football Federation (PFF).

The remaining squad all returned negative results after being tested on Tuesday and are available for the Group A3 match in Lisbon.

On Monday, Ronaldo posted an image of himself with the squad around a long table during a meal, with the caption: "United, on and off the field".

The PFF confirmed in a statement: "Following the positive case, the remaining players underwent new tests this Tuesday morning, all with a negative result, and are available to Fernando Santos for training this afternoon, in Cidade do Futebol. 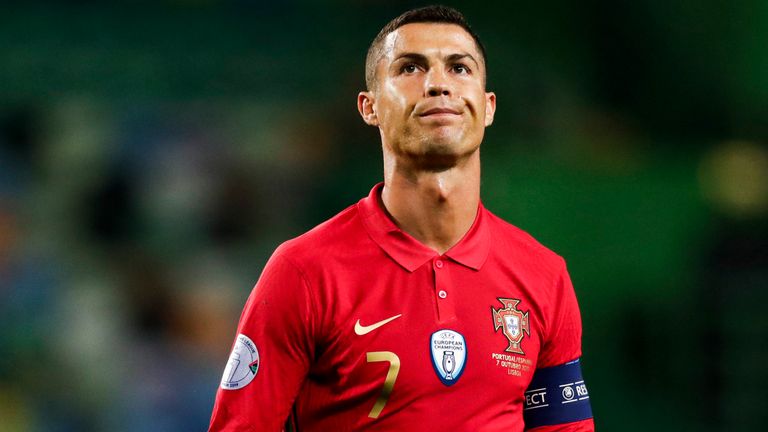 Ronaldo is asymptomatic and is frustrated to be missing Portugal's Nations League fixture with Sweden, says head coach Fernando Santos

"The game (against Sweden), counting for the qualification phase of the Nations League, is scheduled for Wednesday, at 19:45, in Alvalade."

Ronaldo has played in both of Portugal's matches so far during the international break, starting in a friendly against Spain in Lisbon and then playing the full game in their 0-0 draw with France on Sunday. 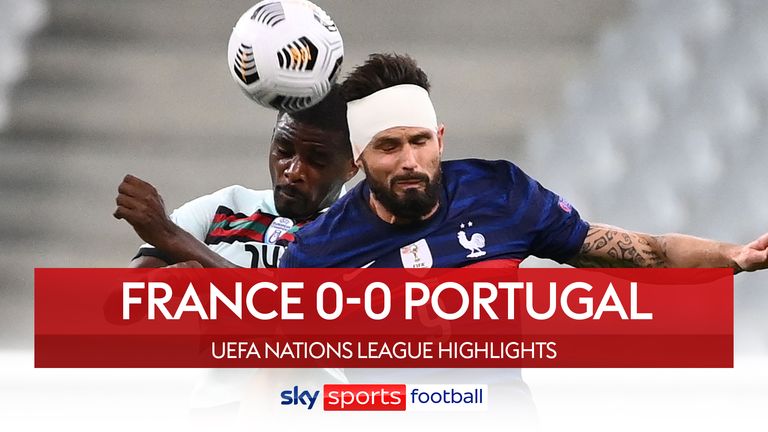 The stalemate in Paris means Portugal and France are level on seven points, with Ronaldo's side topping the group on goal difference.

Wednesday's opponents Sweden are bottom of the group, having failed to pick up a single point from their first three matches.

In the reverse fixture in September, Ronaldo became the first European player to reach 100 international goals after scoring twice in Portugal's 2-0 win.

Ronaldo has set his sights on Iranian Ali Daei's record for a male international of 109 goals.