The former Arsenal midfielder tells Sky Sports how Wenger was 'so ahead of his time, it was scary' upon joining from Grampus Eight in October 1996

Paul Merson gives a detailed insight into Arsene Wenger's first 12 months at Arsenal, from training techniques and drinking bans to vitamins and the influence of David Dein.

We had a meeting with David Dein, we were in the canteen, and he said: "A man called Arsene Wenger is coming in from Japan."

But he changed it so much, he was so far ahead of the game it was scary.

George Graham was a great manager, and if it wasn't for George I wouldn't have won a medal at Arsenal. He was tactically as good as anybody.

With Wenger, after a week the players were in training early at 9am. They were waiting for training to start.

His training methods, ideas were superb. We used to go away with England and the Arsenal lads would do these stretches. Other players would say: "What are you doing? What are these?" In the end, all of the England lads were doing them.

He took all the beer and drink out of the players' lounge. There's no doubt he prolonged so many players' careers. Nigel Winterburn, Tony Adams, Lee Dixon, Steve Bould. They played well into their 30s, and to play at a top club at that age is a big ask. 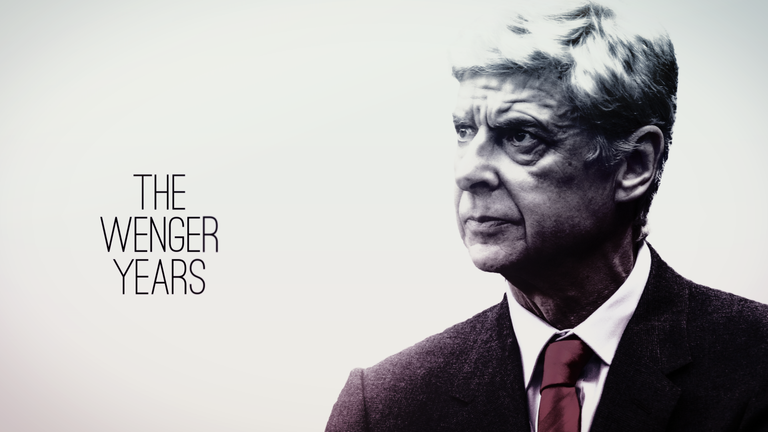 Following the news that Arsene Wenger will leave Arsenal at the end of the season, we take a look back at the highs and lows of his tenure at the Gunners

I played under him for just under a year. It was the fittest I've ever been.

The vitamins, the diet, everything we were doing was like clockwork. You'd walk in, the physio would be there. Orange juice: bang. Creatine would go in: bang. Stir it, drink it, walk off. It was a machine.

He wouldn't let you do it, he wouldn't trust you to do it, just in case you forgot.

He got us to buy into that, in a very, very strong dressing room. Straight away the training was enjoyable, it was fun. It was never run, run, run until you're sick. That's what we had for most of our career. He never did any of it, it was all thinking with the football.

"The vitamins, the diet, everything we were doing was like clockwork. You'd walk in, the physio would be there. Orange juice: bang. Creatine would go in: bang. Stir it, drink it, walk off. It was a machine. He wouldn't let you do it, he wouldn't trust you to do it, just in case you forgot."

He wouldn't just say: go and play 8 v 8 and run around like maniacs. You always had to be thinking about what you're doing.

He was so far ahead of his time it's unbelievable.

For however great this Man City team is, and they are great, would they go the whole season unbeaten? I'm not sure.

The worst thing to happen to Arsenal Football Club was the loss of David Dein. He made things happen.

I always say, Arsenal played in a stadium of 38,000. They had Henry, Bergkamp, Pires, Petit, Vieira, Overmars, Anelka, Campbell, all world-class players.

David Dein leaves, they got to a stadium that holds 60,000, and now you look at the team. How many of those players are world class now? I can't reel off those players.

Wenger would say: this player. David Dein would go and get him. I really do think he missed him.

We had massive characters in the dressing room, that's why Bruce Rioch left before him. Certain players weren't having it, and that was it, Rioch was on his way.

We'd been brought up for many years by George, it was very regimented. Wenger came in, and it was fun, not laughy, jokey fun, but everything was football. Even on a running day, it was always with the ball.

When you played it was pass, play, move, no lumping it. Even when you're losing a game.

We came in after losing 1-0 to Wimbledon, Vinnie Jones scored, and if George was in charge, you'd run down the dressing room and put your towel over your suit, just in case it got ruined when all the tea went over the dressing room.

We came in after Wimbledon, Wenger said: "Recover, see you tomorrow."

We all looked at each other and thought: "Well he's right, what can he say? It's gone!"

He knew every player in the world. I talked to him when he first arrived, and he knew everyone.

I think he signed Nicolas Anelka for a cup of tea. It was nothing, £500k, when he came in we all thought: "Wow". He was that good.

Then Vieira came in, and after a few months AC Milan were calling up and saying: "Can we have him back now?" He could see a player.

He knew there was a drinking culture. I think at first a few of the lads thought: "Wait, we're grown-ups here, surely we can have a few drinks after the game."

But he would always say: "If you do the right things, you'll be able to play for longer and longer."

He just prolonged careers, and everybody bought into it.