Wolves vs Leicester, Huddersfield vs Man City and Fulham vs Tottenham are all live on Sky Sports

Paul Merson is back with his latest round of Premier League predictions, including Liverpool vs Crystal Palace and Huddersfield vs Manchester City.

The Premier League takes centre stage once again this weekend when Liverpool and Manchester City will both be looking to take maximum points.

Read on to see who the Magic Man is backing…..

Predict six correct scores for your chance to win £250k

Wolves vs Leicester (Saturday from 11:30am on Sky Sports Premier League)

These types of games suit Leicester - they seem to struggle when expectation is on them, then beat Chelsea and Manchester City when no-one expects a thing.

I watched Wolves against Manchester City and I turned it off after 20 minutes - it was cringe-worthy and embarrassing how much better City were than Wolves, who didn't touch the ball. 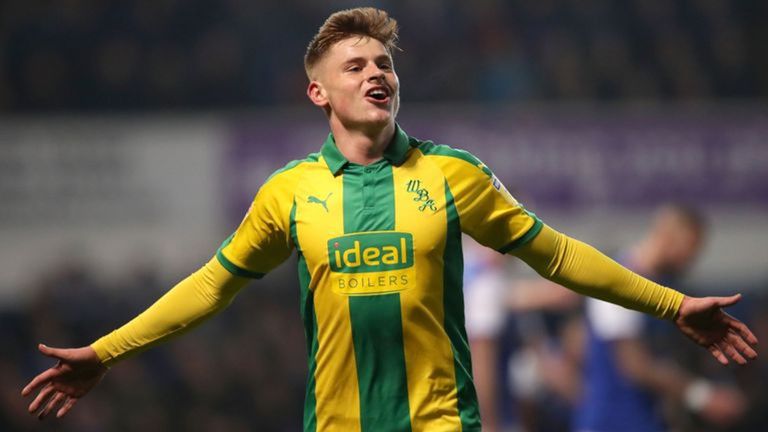 We take a look back at all of Harvey Barnes' goals this season after the Leicester midfielder was recalled from his loan spell at West Brom.

This Wolves team are decent too, so it just shows the massive gulf between City and the rest.

I'm torn on this game. It could go any way. Home win, just.

Will there be enough light bulbs in the scoreboard? Deary me. This could be any score you want.

Huddersfield have written this game off by sacking David Wagner in the week and announcing the new boss after this game. They've got no manager, are in horrendous form and staring at relegation. The players will be all over the place emotionally too.

If City put their foot down then this could be a major boost for their goal difference. City made Wolves look ordinary - what are they going to do to Huddersfield?

Before the Harry Kane news, this game would have been a foregone conclusion. However, it's a different story now. Fulham have every chance.

Spurs have lost so many goals from their team with Kane and Heung-Min Son, plus Moussa Sissoko is also missing - I'm not his biggest fan but he's been strong this season.

Fulham could get something....but I'm leaning just towards Spurs.

Bournemouth did OK at Everton - they probably deserved something out of it. Everton were hanging on.

Eddie Howe's boys feel more comfortable at home as their away record is horrendous - it's something that will need to be sorted if they want to finish in the top 10. Tactically they don't change much when playing away, which could be the problem.

Back at home they should be more than capable of getting a result but West Ham are in confident mood.

This is a dangerous fixture. It could be a problem for Liverpool. Palace have the tools to hurt them. They've got major pace and match-winners in Andros Townsend and Wilfried Zaha. They've also got an unbelievable manager in Roy Hodgson, who doesn't get the credit he deserves. He knows how to win these types of games. I think they'll score.

However, if Liverpool are serious about winning the league they must win the game. If they do it could also be a psychological advantage over Man City, who lost to Palace.

I expect Ole Gunnar Solskjaer to make it seven wins on the spin. They have got the winning bug at the moment. I think they'll concede but Brighton don't carry enough of a threat to outscore them with the likes of Marcus Rashford and Anthony Martial in such great form.

Defensively they are not good enough though. I dread to think what the score will be against PSG. They need defenders, if it weren't for bad finishing by Tottenham then it could have been any score. But this should be a routine win.

This is the biggest game of the weekend. This is huge. A cup final.

Rafa Benitez couldn't have done what Neil Warnock has done at Cardiff though. No chance. Warnock is pulling up trees. He's an unbelievable manager.

I'm leaning just towards Newcastle here, who have got superior players to Cardiff. That will be the difference. Imagine if Newcastle lose? There'd be uproar. They simply can't lose this game. And won't.

I know Everton won the other day against Bournemouth but they didn't impress me. They are still under pressure despite that much-needed win. To me it looks like the players just aren't clicking at the moment.

Ralph Hasenhuttl has definitely given Southampton a bounce factor. He's got a plan and is bringing different ideas to the table. They won't go down.

Watford are a Super 6 nightmare - they can ruin you! They could win this 3-0 and you wouldn't be shocked but then a 1-0 Burnley win wouldn't surprise me. Sean Dyche has got Burnley back to what they're good at but they didn't have a shot on target last weekend! That is extraordinary.

I'll give Watford the edge.

Arsenal have to win this game otherwise it's all in for the Europa League, which may actually help as they can then concentrate on that competition as they'll be out of the top-four race. 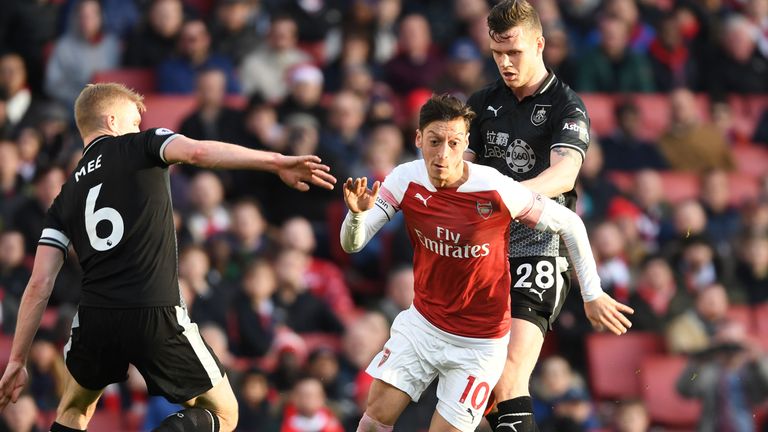 Speaking on The Debate, Tim Sherwood urged Arsenal boss Unai Emery to get Mesut Ozil back into the team and make him feel like he his the 'main man'.

There's no way they can balance both - the squad isn't strong or big enough.

I fancy an away win.