Arsenal fans are entitled to feel cheated by the club's lack of activity in the transfer market, says Paul Merson.

Boss Arsene Wenger only added goalkeeper Petr Cech to his squad this summer and the Arsenal Supporters' Trust reacted by issuing a statement, criticising the club's transfer policy.

The Gunners were linked with a big-money move for Real Madrid striker Karim Benzema during the window but no deal materialised.

Merson told Sky Sports News HQ that Arsenal's lack of activity is unfair to the fans who pay to watch the team each week.

"It cheats the fans," said Merson. "The fans think 'what are we coming for? We turn up every week, we pay the highest prices and what for? Top four? We might get a day out at Wembley again in the FA Cup.' Wow-wee.

Is Arsene Wenger's loyalty to his strikers warranted?

"There's a saying in life: Keep on doing the things you do and you'll get the same results. How different is this season going to be for Arsenal? It's the same team that finished 12 points behind Chelsea last year. Why, this year, will this team finish above Chelsea?

"I can tell you now, there will be a phase this season when they'll be unbelievable, win seven on the trot and play the best football you've ever seen. But at the end of the season, with this team and no signings, I'd be absolutely shocked if they won the Premier League." 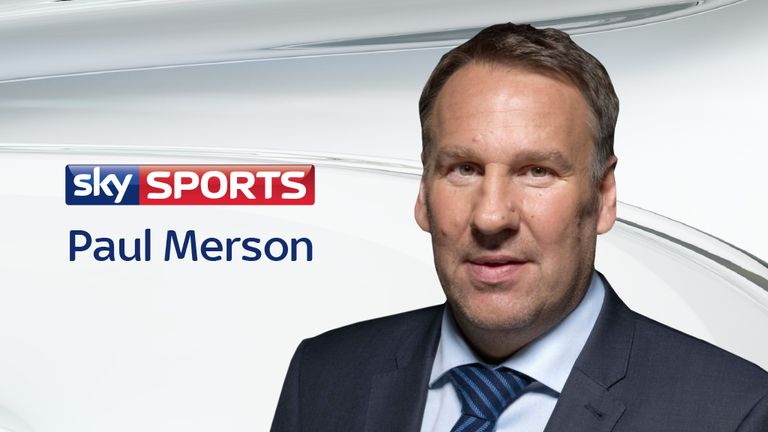 Merson feels Arsenal showed a lack of ambition in the transfer window and, given their current financial standing, should have at least made a bid for Benzema to demonstrate their intent to improve the team.

"The whole idea of going to this big stadium that holds 60,000 people was to bring in top quality players. I don't know [why Arsenal aren't spending the money].

"Just put in a bid for Benzema. £75m. If Real Madrid turn around and say 'we're not selling him', you can't argue with that. You've put in a bid and if they turn it down or the lad doesn't want to come, that's the way it goes. But show something."