"The first few weeks I probably didn't sleep a single night. I didn't expect as much support as I got. It makes me feel really warm and grateful for what the Scottish people and club do for me" 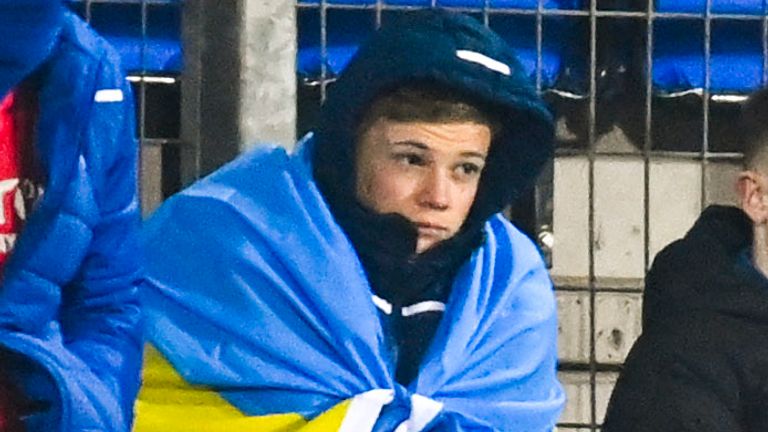 St Johnstone's Max Kucheriavyi insists he will always be grateful for the support from his club and Scotland as he suffered sleepless nights fearing for his family in war-torn Ukraine.

The 20-year-old left his homeland 18 months ago to train with Hearts before securing a three-year deal with the Perth club.

His family were forced to flee the Ukrainian capital of Kyiv when Russia invaded in February and he felt helpless as he searched for updates.

"The first few weeks I probably didn't sleep a single night, I was on my phone for 24 hours a day just checking the news and trying to keep in touch with as many people as I could," he told Sky Sports News.

"You never know what could happen to them and I was really worried for them.

"They had to leave Kyiv in the first few days because it was dangerous and they moved to my grandparents, but now it's getting better.

"I haven't been home for a year and a half, but I'm really grateful that I've still got a place to go because I know that a lot of people lost their houses and lost their families."

Kucheriavyi spent part of last season on loan at Kelty Hearts where he scored the goal to secure the League Two title, but continued to train at St Johnstone every day.

He believes the support of his team-mates and Scottish football fans helped him cope with the trauma of what was happening in his homeland.

"Especially the first few days, I was going through tough times and Liam Gordon (club captain) and everyone in the changing room really helped me," he added.

"They made sure I was feeling well and if I needed any support they would be there for me.

"The club, the town and Scottish people in general showed help and support.

"Even during away matches you could see Ukraine flags all over the stands. I know that a lot of Ukrainian people moved to Scotland and I'm sure they feel welcome here.

"I didn't expect as much support as I got. It makes me feel really warm and grateful for what the Scottish people and club do for me."

Perth Council invited Kucheriavyi to be involved in events for Ukrainian refugees and he started his own GoFundMe page to raise money for those in need.

He said it was tough to understand what some of them were going through: "Sometimes I don't know how to react to their stories because some of them are losing homes, their fathers or husbands are out their fighting and holding guns in their hands.

"I can't even imagine what these people are going through, but hopefully it will finish soon."