England U21s were due to face Romania on Friday but the match was cancelled after two members of the playing squad and staff returned positive coronavirus tests; Lee Carsley's first game as manager will now come against Kosovo in Milton Keynes on Tuesday, live on Sky Sports Premier League

England U21 boss Lee Carsley praised his players' focus after a disrupted build-up to their Euro 2023 qualifying opener.

The Young Lions' trip to Romania on Friday was cancelled just hours before they were due to leave.

Two members of the playing squad and staff had to isolate after returning positive Covid-19 tests which forced the friendly, due to be Carsley's first game in charge, to be called off.

They now face Kosovo in Milton Keynes to open their Group G campaign and Carsley has been impressed by his squad amid the problems.

"We very much turned the lads' attention to the Kosovo game. I was really impressed with the mindset of the players," said the former Everton midfielder.

"We prepared for the game, we had done our last bit of match prep and got the news. The players' welfare and health has to come first. We isolated the two straight away, followed the guidelines and began the re-testing.

"The players adapted and got on with it, we had an in-house game the day after and we were able to travel to Luton to continue our preparation.

"The two people were isolated straight away. They have been re-tested and re-joined the group now."

The 21-year-old made an £18m move to Selhurst Park from Chelsea in the summer.

Guehi said: "I was shocked at first but I was very pleased and privileged to be named captain.

"He sees maybe something from a different perspective from the sidelines that maybe I can't see but I know I'm quite a confident person and I want to help as many people as possible off and on the pitch.

"I'm very grateful. As a leader I won't do anything too differently. I've been chosen as captain for a reason."

But Carsley is without Harvey Elliott and Ryan Sessegnon after the pair pulled out with injury, with Aston Villa's Aaron Ramsey called up from the U19 squad. 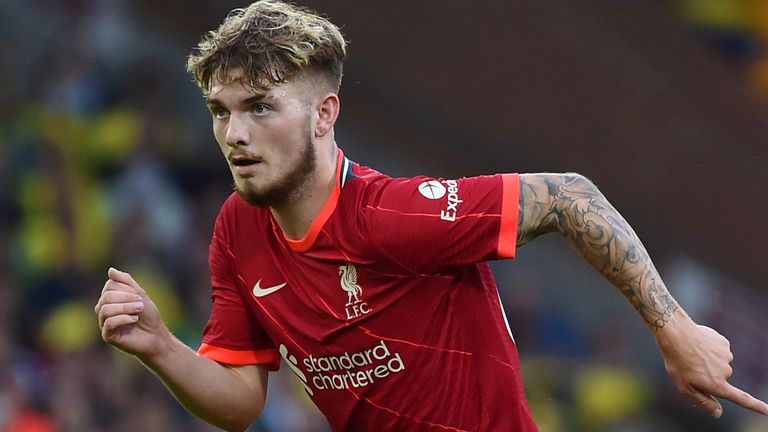 Liverpool's Harvey Elliot and Tottenham's Ryan Sessegnon have pulled out of Lee Carsley's England's U21 squad to face Kosovo, and it's unclear if Elliot will be back to face Leeds on Sunday

"It's a blow for both of the players, Ryan is just coming back from injury and I've been enjoying watching him play," added Carsley.

"Harvey is playing an important role at Liverpool at the moment. Our concern will always be the welfare of the players.

"They are young players and developing, it is a blow but we have a very strong squad and players who are more than capable of filling their spaces."

It has been almost 10 years since the Young Lions lost a European qualifier - a last-minute 2-1 defeat in Belgium in November 2011 - and they are unbeaten in their last 45 games.

They are looking to reach their ninth straight tournament but Carsley admitted it was dangerous to expect the England youngsters to always breeze through.

He said: "I don't think we should take getting to the major competitions for granted. Even in the 10 years there have been some moments - especially in my time with the 21s - where we have been up against it and we have ended up winning.

"Having said that, I've got a lot of faith in these players and squad - and even players who didn't make it this time. We have a richness of talent we can pull in.

"We have some really exciting talent, midfielders who are playing in the Premier League and forwards who are very exciting. I think it's a good chance for everyone to remember their ages, they are young, but they are on a really exciting pathway."