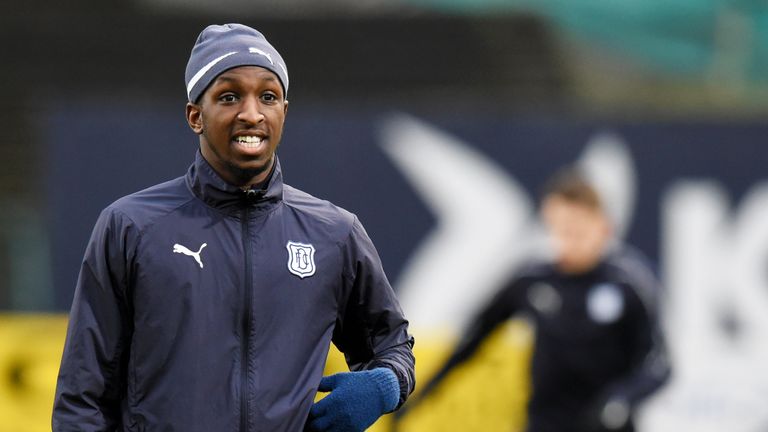 Dundee manager Jim McIntyre has hinted Glen Kamara wants to join Rangers this month, having signed a pre-contract deal to move there in the summer.

Kamara has finalised a pre-contract agreement with the Glasgow side but McIntyre has now suggested the midfielder is keen on making the move this month.

Kamara and fellow Dundee player Jordan Jones signed for the Ibrox side ahead of respective four-year deals last weekend.

"I think when a player signs a pre-contract nine times out of 10 he would rather move on," McIntyre told Sky Sports News.

"Everybody is aware of that. Discussions are ongoing, we will see where it leads."

McIntyre also confirmed to Sky Sports News that Partick Thistle have enquired about defender Darren O'Dea but stressed he wanted to keep hold of the former Republic of Ireland international.

He dismissed talk of a bid for Ross County's Michael Gardyne, admitting the club had discussed a potential move but were yet to make an offer.

Defender Andrew Davies, who played under McIntyre in a previous spell at Ross County, earlier joined Dundee on an 18-month contract following a trial at the club.