Niall Quinn says Manchester United could be a force to be reckoned with again after they eased past Hull City 3-0 at Old Trafford on Saturday.

Goals from Chris Smalling, Wayne Rooney and Robin van Persie secured a third straight Premier League victory for United and kept them fourth in the table. 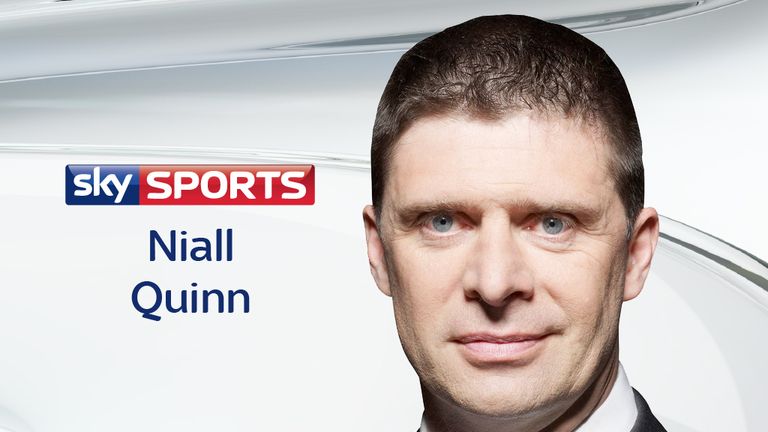 It is the first time they have won three top-flight games in a row since last December and Quinn told Saturday Night Football Match Choice they are starting to hit their stride at the right time.

“They are in serious form at the moment,” he said. “Even the fans are reacting positively, they have really enjoyed the last three wins and the performances have meant so much. The players are becoming more comfortable and their true form starts to show.

“Manchester United are in one of those periods where you half expect them to just go on and keep winning. They have got a home game against Stoke on Tuesday then a top-four clash against Southampton and if they take six points from that to approach the Christmas period they will be a force to be reckoned with again.”

The only blot on United’s copybook from the win over Hull was an injury to Angel di Maria that saw the Argentina international substituted after just 13 minutes.

Among the positives was Van Persie scoring his first goal in four matches with a fine strike past Allan McGregor.

“I saw him being written off but to score a goal like that and convince your manager you are still up there and capable of doing it is a big moment,” said Quinn.

“Van Gaal knows when to give a subtle warning to his marksman Van Persie, telling him you need to do a little bit more, and he responds with a moment like that which is fantastic for him.

“He admitted himself he needed the goal and he has got a big act to follow compared to how well he has done before.”

Quinn was also impressed with defender Smalling, who has come in for some criticism this season but was solid against Hull.

“He had a great game,” said Quinn. “He is another player who has really benefited from Van Gaal coming to the club. He was very iffy at the start and had his problems against Manchester City, but I thought he was excellent today.”