Gary Neville says he was 'stunned' by Man Utd's loss to Huddersfield but says they must 'get back on the bike' against Tottenham on Saturday, live on Sky Sports.

Jose Mourinho's side lost their first game of the season in all competitions at the weekend as newly-promoted Huddersfield pulled off one of the results of the season to beat United 2-1 in the Premier League.

While he was expecting a difficult trip for United, former defender Neville said he was shocked by the result at the John Smith's Stadium.

"I thought it would be tough for United because of the atmosphere but I also thought they'd come through it. I was stunned by the result," he said on the Gary Neville Podcast.

"I was stunned also by Jose Mourinho's comments afterwards about the application of the players, saying it was the worst he's seen them up for the game. 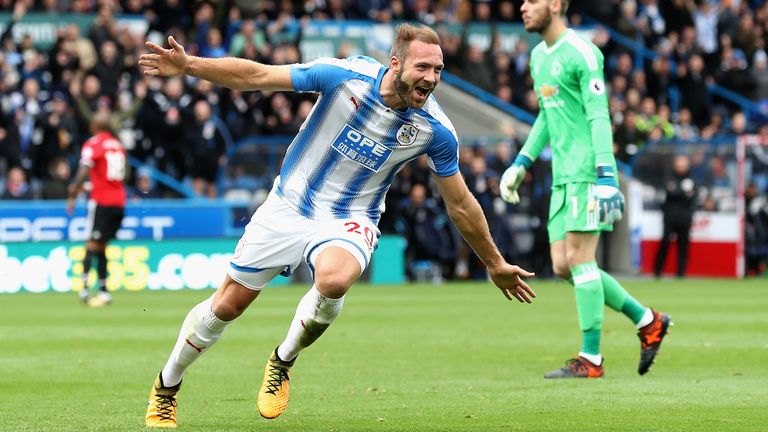 "It was a big shock and bad goals to concede. Lindelof made a couple of poor mistakes. I think if the other team does something brilliant, you can recover from it but you don't give yourself a chance if you're making poor mistakes.

"When your goalkeeper, defenders are making poor mistakes, the anxiety runs not only into the team but into the crowd.

"It's a bad loss. Saturday is now a huge game for United to get back on their bike after falling off."

The game in question is against Tottenham, live on Sky Sports Premier League, with the North London side coming off the back of a 4-1 victory against Liverpool in the Premier League.

"They're playing against a Tottenham side with great confidence," Neville added.

"The one thing I would say is that probably the worst time I've seen Mauricio Pochettino's team was at Old Trafford last season so it will be interesting to see them, having gone to the Bernabeu and changed their fortunes around at Wembley.

"If Tottenham play anything like they did today, Manchester United will have to be at their best - they can't be below."