Liverpool must be more streetwise in defence, says Jamie Carragher 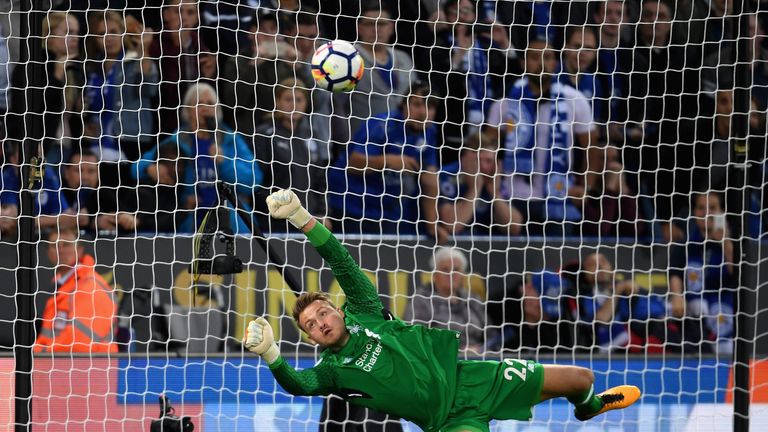 Liverpool have conceded 11 goals in six games in this campaign - only three other Premier League teams have let in more - and despite beating Leicester 3-2 on Saturday, boss Jurgen Klopp said he was unhappy with his team's defending so far this season.

"It's obvious we concede too many, there's no doubt," said Klopp. "That's really hard for me. Usually, I'm a really good defensive coach, but obviously that has worked not too well so far."

Since Klopp took charge of Liverpool in October 2015, the Reds have been involved in 17 Premier League games featuring five goals or more - the most in the division. But while that may be exciting for the neutral viewer and Liverpool have won high-scoring games thanks to their impressive attack, Carragher says the club's supporters are right to be concerned.

"Watching Liverpool now is the hottest ticket in town. If Liverpool are on TV, everyone wants to watch. But if there are one set of supporters who aren't being entertained by it, it's the Liverpool supporters," he said.

"Entertainment, for me, means you enjoy it. I was watching Liverpool [against Leicester] in the pub. It goes 2-0, 3-1 but no one can relax. Everyone is still on edge.

"Liverpool in those moments should be killing the other team off by either being really strong defensively or saying 'come on, we'll kill you on the counter-attack'. But what Liverpool do is they give them oxygen.

Even at 2-0 or 3-1 teams think they have a chance because history has shown in the last few years Liverpool always concede goals.

"Even at 2-0 or 3-1 teams think they have a chance because history has shown in the last few years they always concede goals. What Liverpool fans want to see isn't so much 3-2s and 3-3s but streetwise footballers who know what to do when they need to go and win a game and how to hold onto a game.

"The greatest teams in Liverpool's history, in the early 1980s, they could be pragmatic week-in, week-out. It's not all about open, expansive football. Sometimes you need to know what to do at the right moment. And that's the thing with this Liverpool team, they're not streetwise enough."

Liverpool currently sit fifth in the Premier League, five points off leading pair Manchester City and Manchester United. However, if they want to make the step up to the top of the standings, Carragher says they must reduce the number of goals they let in.

Over the past five seasons, Liverpool have conceded 1.27 goals per game on average. No team has ever won the Premier League with that type of rate - in fact, the worst goals per game record by a Premier League champion was 1.18 by Manchester United in 1999/2000 and on only two other occasions has a champion conceded, on average, more than one goal per game.

"If Liverpool continue to concede this amount of goals, they've got no chance of doing what Jurgen Klopp has been brought in to do and what the supporters want and what the club wants and end 27 years without a title," said Carragher.

"1.27 goals per game is almost 50 goals per season. In 25 years of Premier League history there are only three teams who have conceded in the 40s. They were each Manchester United. They won the league these three years very early, though.

"You will not win a title or go close to winning a title if you have numbers like [Liverpool]. That's the big problem with Liverpool winning that way."