Tottenham and Juventus also keen but United only club to have made approach so far.

Manchester United have made initial contact with Fulham over the potential signing of Ryan Sessegnon, Sky Sports News understands.

Tottenham and Juventus are also understood to be interested in the youngster, who will turn 19 on Saturday, but United are the only team to have approached Fulham so far.

Sessegnon is understood to be reluctant to play another season in the Championship following Fulham's relegation after just one term in the top flight, and United want to add young home-grown talent to Ole Gunnar Solskjaer's squad.

Ole Gunnar Solskjaer has admitted Manchester United are set for a big summer, but can they attract the big-name players to Old Trafford after their failure to qualify for the Champions League?

And there is understood to be an acceptance at Fulham that the time maybe right to let Sessegnon move on, especially given he has just one year remaining on his contract.

Sessegnon had a difficult first season in the Premier League, having been instrumental in Fulham's promotion campaign of 2017-18.He was in and out of the side under Claudio Ranieri, who succeeded Slavisa Jokanovic last November, and played on the right-wing under Ranieri's successor Scott Parker to accommodate Ryan Babel. 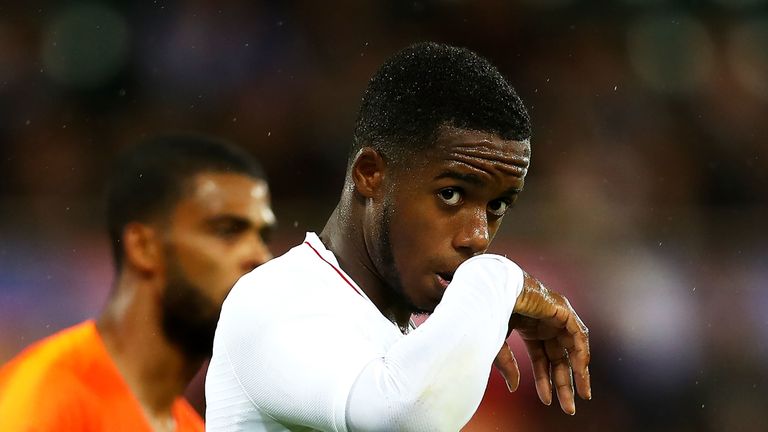 Sessegnon was non-committal over whether Fulham's relegation from the Premier League will affect his future with the club.

Despite this, Sessegnon remains one of the most sought-after young players in England, with more than 100 senior appearances to his name at just 18 years old.

Sessegnon is a product of Fulham's successful category-one academy along with his twin brother Steven, and has represented England at every youth level from U16 to U21.

However, Newcastle say they have had no approach from United and that 21-year-old Longstaff is not for sale.

Longstaff signed a new contract at St James' Park in December that runs until 2022, but Sky Sports News understands that was to reward him for first breaking through into the first team.

Now that he has become a more regular feature under Rafael Benitez, there are expected to be discussions over another new deal this summer, which would bring him more in line with the salaries of other first team members.

Inter and Juve keen on Sanchez

One player who could be heading out of Old Trafford this summer is Alexis Sanchez.

Juventus and Inter Milan are both interested in signing Sanchez this summer, according to Sky in Italy.

Sanchez's Manchester United future is in doubt this summer after a troubled season in which he made only nine Premier League starts and four more in cup competitions.

From Arsenal to West Ham, we break down every Premier League club's summer transfer plans.