Cristiano Ronaldo has been dropped for Man United's trip to Chelsea as punishment for refusing to go on as a late substitute and leaving early during Wednesday's win over Tottenham; watch Chelsea vs Man United on Sky Sports Main Event from 5pm on Saturday; Kick-off 5.30pm 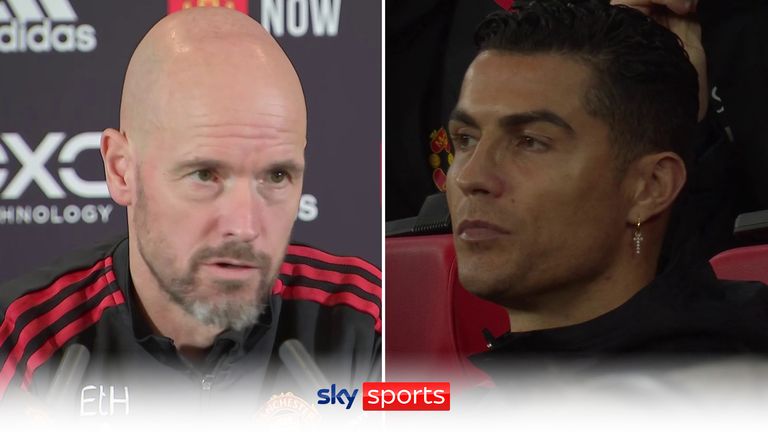 Erik ten Hag has says he does not expect Cristiano Ronaldo to leave Manchester United during the January transfer window.

That is despite the Dutchman confirming that the striker refused to come on as a late substitute against Tottenham before leaving early during Wednesday's victory.

Ten Hag has dropped Ronaldo for Saturday's trip to Chelsea, live on Sky Sports, as punishment, after he previously left early during a pre-season friendly against Rayo Vallecano.

In his pre-match press conference, he was asked whether he thought the 37-year-old would remain at the club for the rest of the season and whether he wanted him to stay.

"It [dropping Ronaldo] is for this game and then we continue. It's a strike. As we said in the statement, Cristiano remains an important part of the squad and I count on him for the rest of the season. We want to fulfil our ambitions."

Ten Hag earlier confirmed reports Ronaldo refused to come on against Spurs and said: "What (happened in) the talk is between Cristiano and me. The (club) statement is also clear. 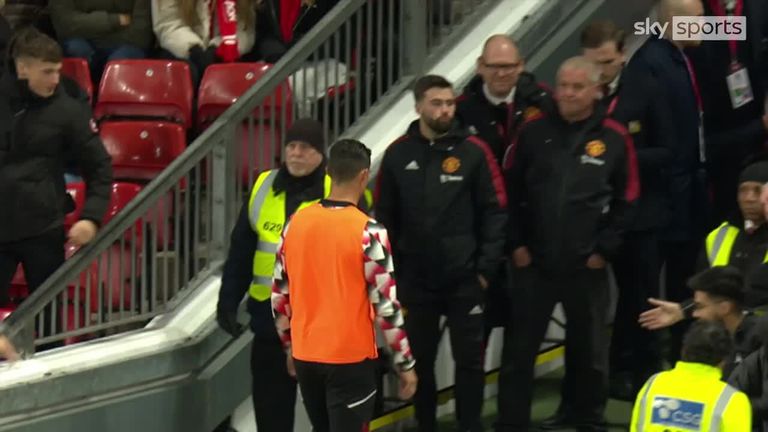 "Cristiano will not be part of the Manchester United squad for this Saturday's game against Chelsea. The rest of the squad is fully focused on preparing for that fixture."

Ten Hag reiterated the club's statement that Ronaldo "remains an important part of the squad" although the striker will train on his own on Friday.

"I think it will be a reflection for him and also for everyone else," said Ten Hag on what he hoped Ronaldo's punishment would achieve. "I set a warning at the start of the season and the next time it has to be consequence. When you are living together, playing together, football is a team sport and you have to fulfil certain standards and I have to control it."

'We have to win at Chelsea' 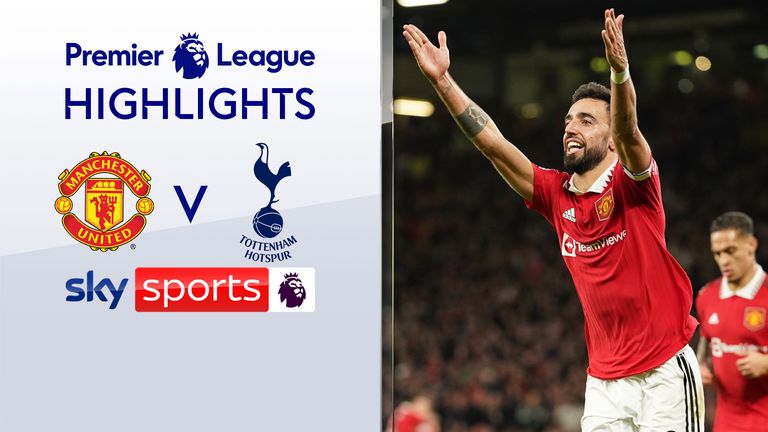 FREE TO WATCH: Highlights of Manchester United against Tottenham in the Premier League.

Man United recorded an important win on Wednesday over top-four rivals Tottenham, but the Ronaldo incident threatened to overshadow their preparations for the trip to Chelsea.

"When you play in top football sometimes there are rumours and noise, you have to focus on the job and that is to perform tomorrow."

Ronaldo released a statement on Thursday which said: "As I've always done throughout my career, I try to live and play respectfully towards my colleagues, my adversaries and my coaches. That hasn't changed. I haven't changed.

Stam: Ronaldo would have got 'hairdryer treatment' under Sir Alex

Jaap Stam believes Manchester United striker Cristiano Ronaldo leaving a game early was unacceptable and says Sir Alex Ferguson would not have tolerated it within his side. 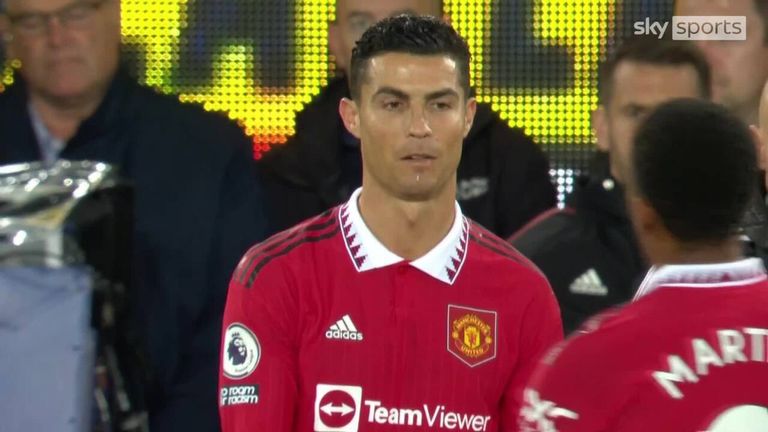 Jaap Stam believes Manchester United striker Cristiano Ronaldo leaving a game early was unacceptable and says Sir Alex Ferguson would not have tolerated it within his side.
Win £250,000 with Super 6!