Free match highlights as Takumi Minamino hit a brace and Caoimhin Kelleher denied Christos Tzolis from the penalty spot in the first half at Carrow Road; Divock Origi scored other goal with fine header

Liverpool progressed into the Carabao Cup fourth round with a 3-0 victory at Norwich after Takumi Minamino hit a brace and Caoimhin Kelleher denied Christos Tzolis from the penalty spot in the first half at Carrow Road.

The all-Premier League clash had the caveat of both clubs making wholesale changes, 18 in total, and one of those - Minamino - fired the Reds ahead inside four minutes.

Jurgen Klopp's side almost conceded before the break when the Canaries forced a spot-kick, but Kelleher came to the rescue and Divock Origi's first goal in 12 months was followed by a second for Minamino to clinch the win.

A minute's applause took place before the game for the late Jimmy Greaves, who died on Sunday but remains the leading goalscorer in England's top flight with 366 goals.

Greaves made his professional debut as a teenager and Liverpool's Kaide Gordon, also an attacker, did the same in Norfolk but a year younger, aged only 16.

On the right of a front three alongside Minamino and Origi, the former Derby trainee saw his fellow forwards combine inside four minutes for the opener.

Left-back Kostas Tsimikas drilled a corner towards the penalty spot and Origi headed down for Minamino to shoot home on the turn from six yards. 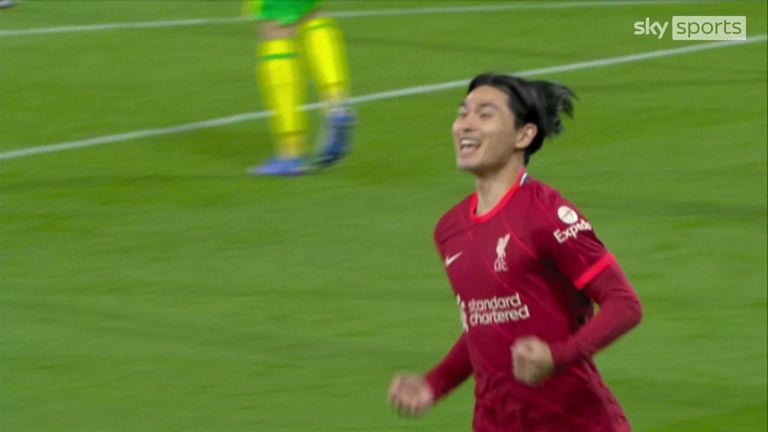 It was a nightmare start for Daniel Farke's men, who had ditched their usual 4-3-3 formation for three at the back in an attempt to arrest their poor form but saw the visitors dominate the early exchanges. Ibrahima Konate headed over a good chance with 13 on the clock.

Youngster Gordon provided a glimpse of his potential with a neat dribble to get away from Billy Gilmour before he rifled a low drive past the post.

Tzolis had been Norwich's most dangerous player and a clever flick created a chance for Adam Idah but he could only curl straight at Kelleher.

The Canaries pair were involved again on the stroke of half-time when the hosts won a penalty after Conor Bradley, another teenage debutant for Liverpool, brought down Dimitris Giannoulis.

Greek international Tzolis stepped up, despite not being the designated penalty taker, but Kelleher saved the spot-kick with his legs before Reds captain for the night Joe Gomez slid in to deflect Idah's follow-up effort over in the 42nd minute. 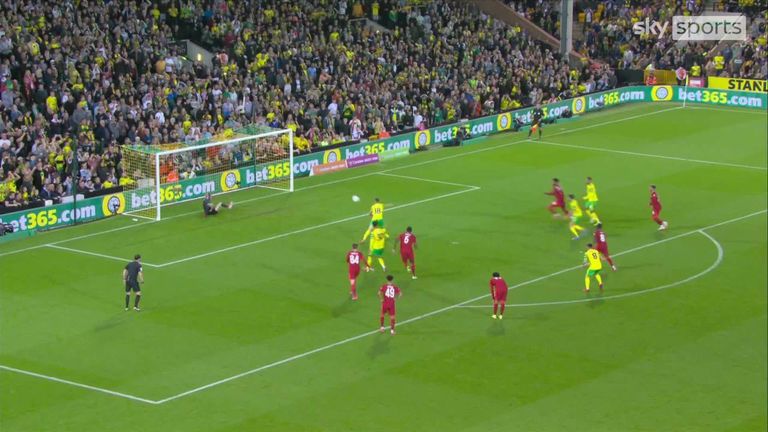 Norwich were initially in the ascendancy after the break and Pierre Lees-Melou inexplicably blazed over with only Kelleher to beat. It proved decisive and three minutes later Liverpool doubled their lead.

Andrew Robertson's deputy Tsimikas continued to make the most of his opportunity and again got to the byline where he chipped in for Origi to head into the far corner with 50 minutes played. Liverpool's Divock Origi scores early in the second half to double the visitors' lead against Norwich in the Carabao Cup.

It was the Belgian's first goal in 12 months having last scored against Lincoln at the same stage of the competition last year.

Origi almost turned provider minutes later when he found Gordon inside the area but the debutant snatched at the chance and sliced over.

After a raft of changes, Minamino added gloss to the scoreline with 10 minutes left when he dribbled into the area and poked past Angus Gunn to make it 3-0. It ensured Klopp's side cruised into the fourth round with various debuts handed out and key men rested ahead of the trip to Brentford while Norwich suffered a sixth defeat this season in another dent to their fragile confidence.

Norwich boss Daniel Farke: "We wanted to win the Carabao Cup and now we can't. I am disappointed with this. "I know how much I measure this cup and I would like to win but we also had to be smart in our team selection and rest some players."

On Tzolis' penalty to Sky Sports: "He was not on the paper. So it means it was a big mistake. Listen, young guy, it was unbelievably emotional and excited, and this is what happens to young players, they take the wrong decisions.

Liverpool boss Jurgen Klopp on Minamino: "Footballers want to play, that's clear. He was with his national team, got injured and was then not fit so it was not like he didn't play for 60 weeks.

"It was the time after the injury but Taki is in a really good moment, training well and deserved the two goals. 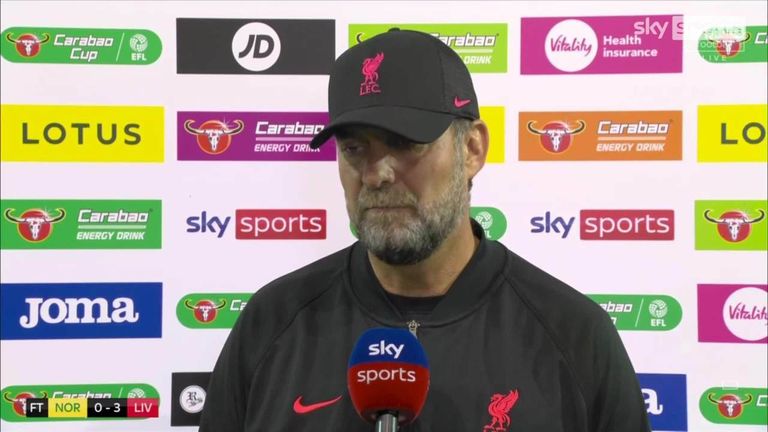 On Kaide Gordon and Conor Bradley debuts: "Kaide is good, that is what this performance says about him. A lot of things to improve, a lot of things to settle and learn but already a lot that is already there.

"We are happy to have him around and we will treat him carefully because he is a big talent.

"Conor Bradley, first Northern Irish player since 1954, if someone had told me that I would play him sooner but super game and Tyler (Morton) as well, so I am really happy."