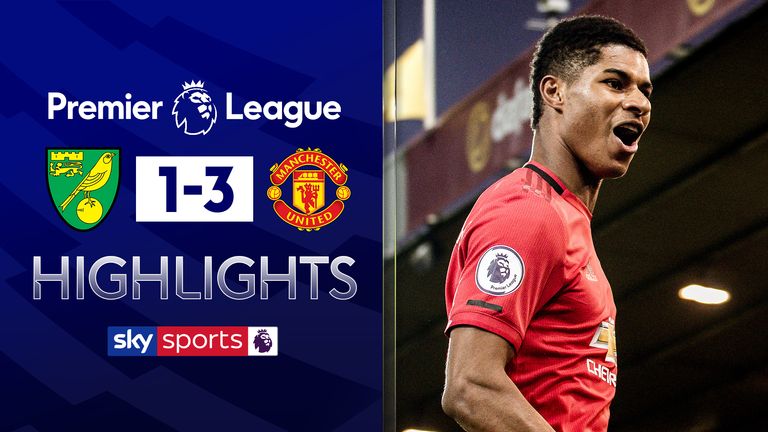 Norwich goalkeeper Tim Krul saved two VAR-awarded penalties but could not stop Manchester United from picking up their first Premier League away win in eight months with a 3-1 victory at Carrow Road.

Scott McTominay (21) gave United the lead, before Krul denied Marcus Rashford from the spot after Ben Godfrey was controversially judged to have fouled Dan James in the box.

Just two minutes after that save, Rashford beat Krul (30) following a brilliant ball from James and then VAR official David Coote overturned another Stuart Attwell decision on the stroke of half-time when Todd Cantwell's arm blocked a Fred shot.

Anthony Martial saw Krul guess right again from the spot-kick and the Frenchman had to wait until the 73rd minute to finally beat the Dutchman and make it 3-0.

Onel Hernandez scored a consolation goal for the hosts in the 88th minute but the result means Norwich remain second bottom, while United move up to seventh from 15th.

Man of the match: Krul

Cantwell ballooned an early chance over the bar for Norwich, but it was one-way traffic for much of the first half.

Krul's first save of the afternoon saw him deny Rashford with his feet after a neat give-and-go with Martial and his next stop was of the very highest order. Martial looked to divert a flick-on in from three yards out, only for the 'keeper to fling himself across the goal and somehow push the effort over the bar.

Moments later it was 1-0 when Norwich failed to clear and McTominay pounced on the loose ball to smash it into the bottom corner from 16 yards out, scoring United's 2,000th Premier League goal.

Rashford was then handed the chance to make it two shortly afterwards. James went down in the box and, despite replays seeming to show that he leaned into Godfrey, a lengthy check saw VAR official Coote inform referee Attwell he should overturn his decision, much to the disgust of the Norwich players and fans.

Daniel Farke kept faith with the side that earned a point against Bournemouth last time out.

For all Solskjaer's back-three talk, United reverted to a 4-3-3 . Brandon Williams - a standout performer in Serbia - had to make do with a place on the bench, while Anthony Martial started.

Ole Gunnar Solskjaer disagreed with the decision but Krul guessed the right way and kept Rashford's spot-kick out. The England international did not have to wait long to make up for his error, though. Two minutes later, James lofted the ball over the top for Rashford, who was given acres of space and took one touch before firing the ball under Krul.

In a breathless first half, the drama did not stop there. After Rashford had fired into the side-netting and Cantwell had seen David de Gea tip an effort over, VAR overturned another decision, somewhat less controversially.

Fred tried his luck from range and it hit Cantwell's arm. After another long review Coote again altered Attwell's original decision. Martial stepped up this time and went for the opposite corner to Rashford, only for Krul to guess correctly for the second time as he dived to his left.

Teemu Pukki fired over the bar from close range shortly after half-time, before Krul denied Martial for a third time, using his feet to good effect after James had found the striker in the box.

Martial did finally get the better of Krul with 17 minutes remaining. A brilliant one-two with Rashford saw the England striker back-heel the ball back into Martial's path, and he dinked it over the onrushing Krul.

With Krul limping, Ibrahim Amadou playing as a makeshift striker due to injury and Emiliano Buendia also looking uncomfortable, half-time substitute Hernandez ensured Norwich did not end the game totally empty-handed. He stole the ball off McTominay, beat Harry Maguire and Victor Lindelof and fired the ball into the bottom corner.

Krul then denied Mason Greenwood in stoppage-time to cap off a remarkable individual performance on an ultimately disappointing day for his side, as a game that had everything came to a close.

Man of the match - Tim Krul

The two penalty saves will get the headlines, but Krul did so much more than just deny Rashford and Martial from 12 yards. United had 11 shots on target and only netted three times, many of those other efforts were brilliantly kept out by Krul.

A diving save to push a Martial effort from three-yards over the bar was the highlight and Krul also used his feet well - the same way we often see De Gea thwart strikers. Even though he was injured at the end and should have gone off, Krul kept fighting so that his team did not end with 10 men and no recognised 'keeper.

Admitting in his press conference that he was worried about Krul's knee injury, Farke said: "He needs some treatment because he overstretched his knee where he had the ACL injury. I hope it's not too bad, but we have to wait for the assessment (on Monday)." 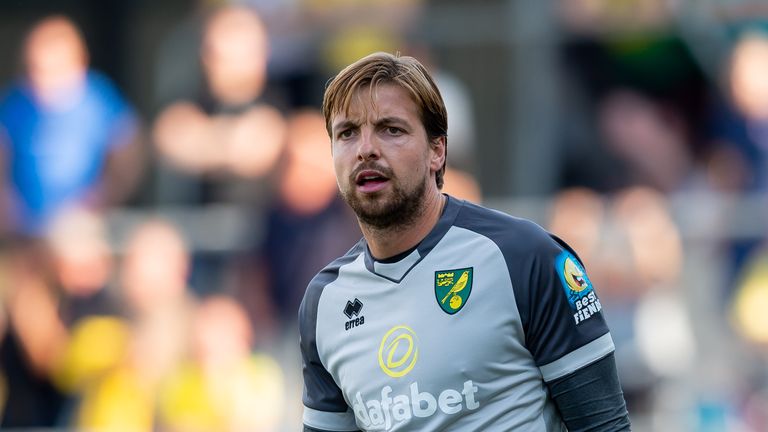 Daniel Farke: "I don't want to blame my players too much, but you have to be critical in these moments. We have to be better at defending to be competitive at this level, otherwise we have no chance against the best sides in the world. The reaction was good in the second half because we tried to keep on going. I was pleased that we tried everything until the end and got a goal and were close to getting a second. The reaction, mentality and character were good, but our young players especially have to learn from the first half."

Ole Gunnar Solskjaer: "I thought it was an excellent performance. We thoroughly deserved the win and we could have had quite a few more goals. We started the week with a good performance against Liverpool, had a great result against Belgrade - it's not easy in Europe - and then this one. We wanted a clean sheet; Scott McTominay made a mistake there but overall his performance was excellent - he's maturing immensely. We've given ourselves a hard task to get up among the top four but we just have to keep on trying to improve. They're playing with a smile on their faces. 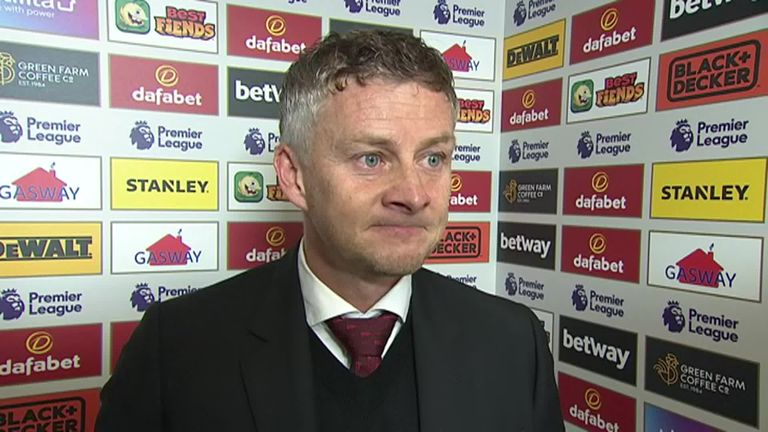 Ole Gunnar Solskjaer was delighted to top off a great week with their first Premier League win of the season and says confidence is growing in his young side.

"I don't agree (with the first penalty), especially when it takes that long to make a decision. The second is a penalty but both should have been retaken because the 'keeper is a yard off his line."

Manchester United travel to Chelsea in the Carabao Cup on Wednesday night - live on Sky Sports - before a trip to Bournemouth next Saturday lunchtime. Norwich are also on the south coast next Saturday as they visit Brighton.