FREE TO WATCH: Highlights of Nottingham Forest's win against West Ham in the Premier League.

The Nigerian bundled home on his full debut to leave the home support delirious but Steve Cooper's side needed Dean Henderson to save Declan Rice's second-half penalty for them to hold on to the three points.

West Ham also hit the crossbar through Pablo Fornals and Said Benrahma, the latter also having a goal disallowed in the first half, before Neco Williams cleared Kurt Zouma's header off the line late on. David Moyes will not believe that his team are yet to score this season.

Man of the match: Lewis O'Brien.

How Forest won this 1-0 thriller

The atmosphere was raucous long before kick-off as the home support worked themselves into a frenzy and that manifested itself in a high-tempo start despite the heat. Awoniyi went close with a header early on as Forest pumped crosses into the West Ham box.

After the initial burst, however, West Ham started passing the ball and Harry Toffolo had to clear off the line from Tomas Soucek after Henderson had parried Benrahma's shot. The moment of controversy came later though when Benrahma did find the net.

His neat finish from Rice's pass was ruled out because Michail Antonio was deemed to have barged Orel Mangala seconds earlier. The referee was sent to look at the monitor and disallowed the goal, much to the joy of the home supporters in the City Ground. 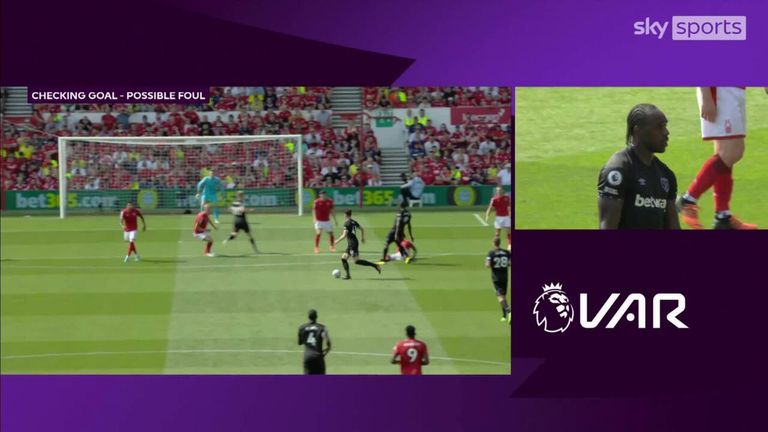 Said Benrahma thought he had given West Ham the lead at Nottingham Forest, only for a VAR check to disallow the goal because of a foul by Michail Antonio in the build-up.

Buoyed by the decision, Forest had their big moment almost immediately. Forest's first Premier League goal this century was anything but pretty but Awoniyi deserved it, the ball deflecting in off him after Ben Johnson blocked Jesse Lingard's tame shot.

The former Union Berlin forward was such a handful that even Zouma struggled to cope with his physicality and, like his team, would have been glad of the half-time whistle. After the break, West Ham came out with intent in search of the equaliser. 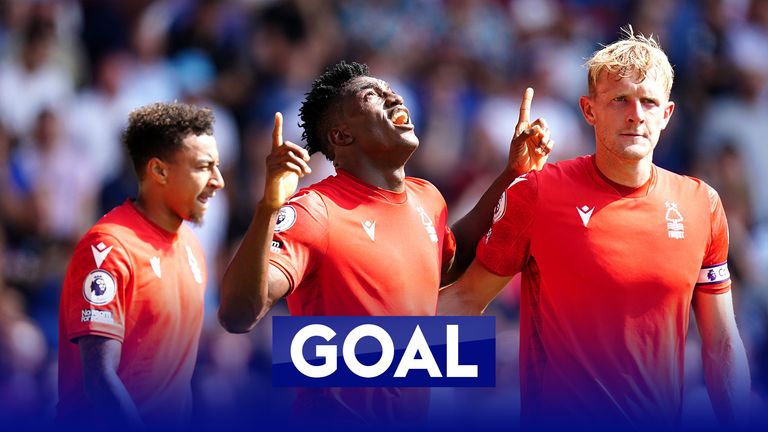 After Jesse Lingard mis-hits his effort, Taiwo Awoniyi makes the most of a slice of luck to put Nottingham Forest ahead against West Ham.

Fornals thought he had found it when his long-range effort struck the underside of the crossbar and bounced on the line. Soucek's header from the follow-up was saved by Henderson. West Ham were on top but they almost fell two behind minutes later.

Brennan Johnson's clever finish was not flagged for offside at the time, sparking wild celebrations in the stadium but he was just behind the last defender. It was a rare breakaway because West Ham were denied time after time thereafter.

Incredibly, it was Benrahma's turn to strike the crossbar when his free-kick bounced down off the line much as Fornals had with Henderson beaten again. Then came the penalty, Scott McKenna blocking the ball with his arm only for Rice to see his spot-kick saved. 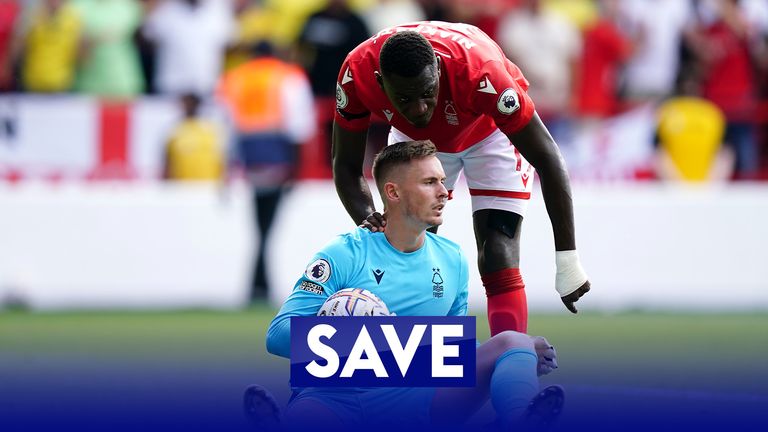 It was almost too much for the Forest fans to take as they willed their team to hold on, while Moyes stalked his technical area in barely concealed fury. He threw on substitutes and finally thought his team had their goal when Zouma's header arrowed towards the corner.

Back came the retreating Williams to somehow divert the ball away. It was the story of the game - a game in which West Ham registered their highest ever expected goals figure without finding the net since they started recording such things.

Nobody in the home end much cared. This was a day for them to remember.

Cooper dedicates win to fans who couldn't get a ticket 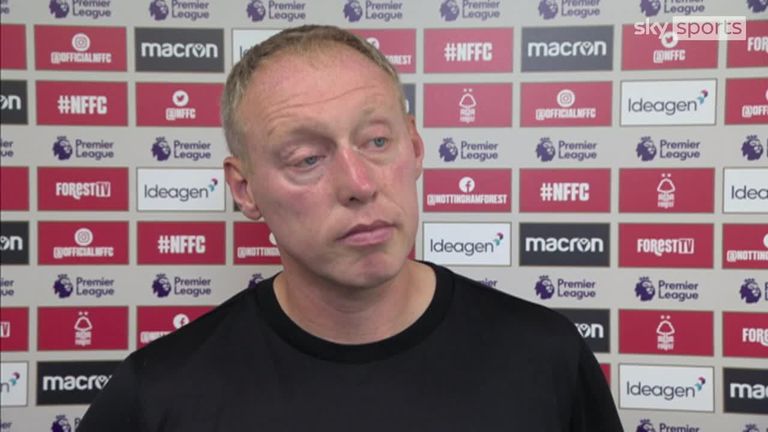 Steve Cooper felt Nottingham Forest warranted their 1-0 win against West Ham after creating several opportunities to score and praised the resilience of his players.

"There were two things today. There was the occasion and the game. The event of the first home game back in the Premier League is so important to so many people. You could sense probably since we were promoted that everyone was waiting for the first home game.

"We knew it was a very important day. There were three generations of supporter here today. One who could remember the really good old days. A new generation for whom this was the first Premier League game they have seen. And the ones in between.

"We had to represent all of those people. What I would like to do is dedicate the win to the supporters who could not get a ticket today because I know we could have quadrupled the amount of people who were in the stadium as at Wembley. I thought about that."

Moyes: 'We did not deserve that result' 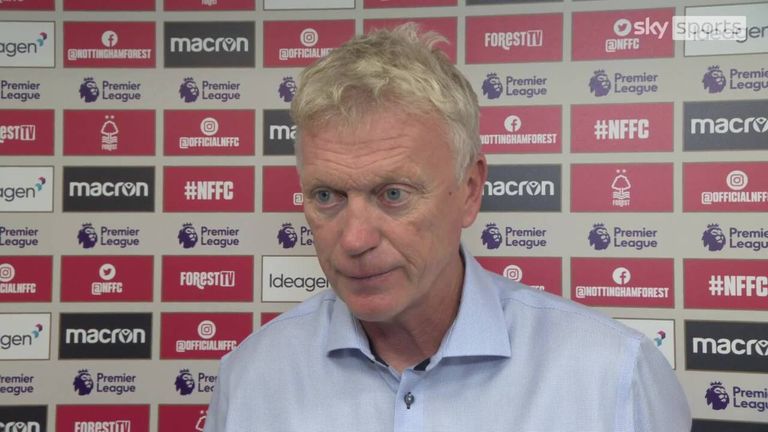 West Ham manager David Moyes confirms he had a private conversation with referee Robert Jones after his side's defeat to Nottingham Forest.

"We are really frustrated. We haven't scored many in pre-season so that was a glimpse of that today. The first 20 minutes frustrated me, I thought we were really poor. But I thought we grew into the game. We didn't deserve the result we got, that is for sure.

"The decisions today didn't go our way. I can only tell you I think we played quite well at times. We opened the game up, although we didn't start as well as expected.

"We can't blame the officials all the time but we're certainly coming away from here feeling like we should have had much more. In the end we did enough [to get something from the game]. You need to bring the referee in here and ask him how he saw it."

Nottingham Forest are back in action on Saturday as they visit Goodison Park to face an Everton side that is without a point from their first two games.

West Ham host Viborg in the first leg of their Europa Conference League play-off on Thursday before returning to Premier League action on Sunday with a home game against Brighton.