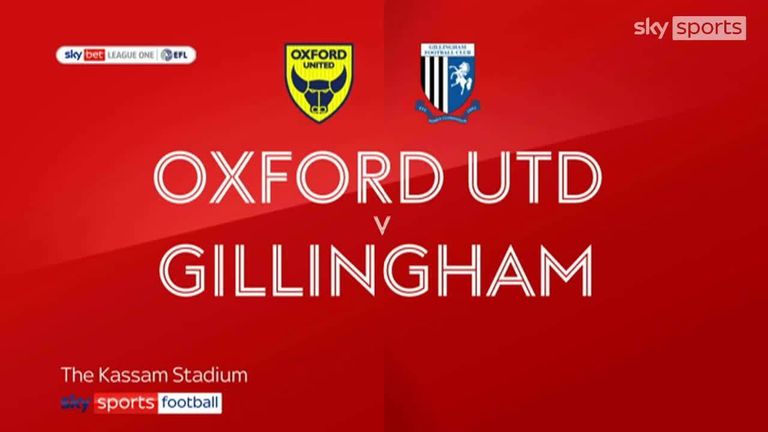 Highlights of the Sky Bet League One match between Oxford United and Gillingham.

The midfielder fired a low shot into the bottom corner from 30 yards in the 31st minute, then chose not to celebrate in front of his old club's fans.

Vadaine Oliver then headed wide of a gaping goal and it was no more than Gills deserved when MacDonald levelled.

Oxford dominated the second half but could not finish.