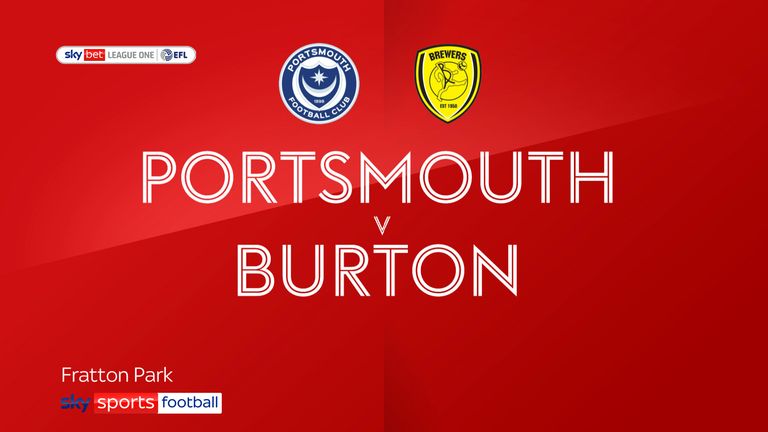 Highlights of the Sky Bet League One match between Portsmouth and Burton.

Mike Fondop and Josh Powell scored either side of half-time as Burton put daylight between them and the relegation zone.

The result leaves Portsmouth in fifth, 12 points off the automatic promotion spots and just two points above seventh-placed Charlton in League One.

A first half devoid of any real chances burst into life in the last minute of normal time when Tom Hamer's long throw caused havoc in the Pompey defence.

Fondop's initial header was miraculously saved by Craig MacGillivray but he was on hand to hook the rebound into the Pompey net.

Burton put 10 men behind the ball for most of the game but pressed high on Portsmouth to prevent them from any real possession.

Charlie Daniels's header two minutes from time proved no more than a consolation goal for Pompey as Cowley slipped to his first defeat since replacing Kenny Jackett as boss.