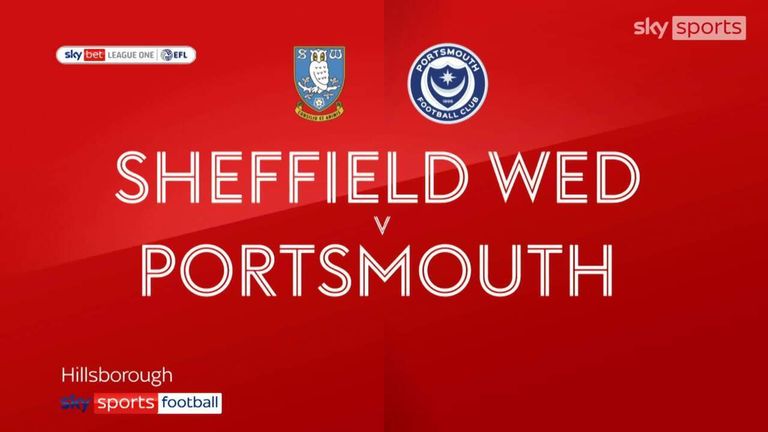 Highlights of the Sky Bet League One match between Sheffield Wednesday and Portsmouth.

Sheffield Wednesday booked their place in the Sky Bet League One play-offs with a stylish 4-1 win over Portsmouth.

A midweek victory at Fleetwood meant the Owls started the day fourth but still needing a win to guarantee a top-six finish.

That looked unlikely when George Hirst, a former Wednesday player and the son of Hillsborough great David, tapped in from Ronan Curtis' cut-back in the fourth minute.

Darren Moore's side responded with goals from Lee Gregory, Saido Berahino, Jordan Storey and George Byers to set up a two-legged semi-final against Sunderland.

The hosts dominated after going behind and were good value for Gregory's 17th-minute equaliser from Marvin Johnson's cross.

Gregory and Barry Bannan stung the palms of visiting goalkeeper Gavin Bazunu before Berahino put the hosts ahead in the 36th minute after Pompey failed to clear a corner.

Byers was denied after the break by Bazunu, and Portsmouth substitute Aiden O'Brien hit the post before Gregory's audacious lob narrowly cleared the crossbar.

Sean Raggett had a header tipped onto the woodwork by Bailey Peacock-Farrell with 15 minutes remaining and the Northern Ireland keeper denied Hirst a second with a point-blank save before Byers nodded home a late corner.