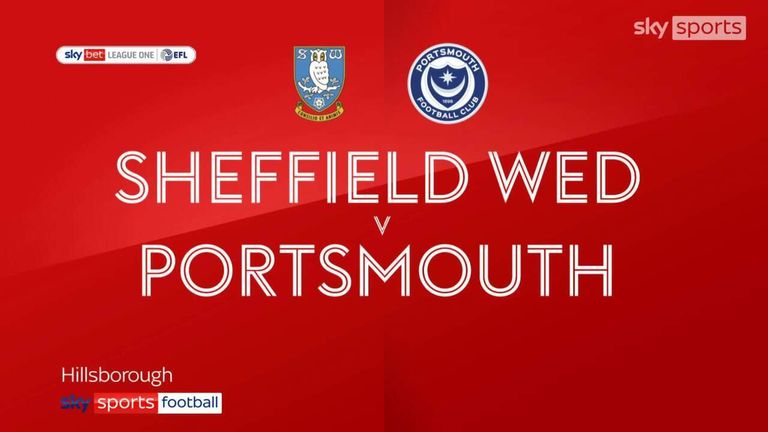 Highlights of the Sky Bet League One match between Sheffield Wednesday and Portsmouth.

Fisayo Dele-Bashiru scored twice for Sheffield Wednesday in a thrilling 3-3 draw with Portsmouth in Sky Bet League One.

Marvin Johnson also scored for the hosts while the Pompey goals came from Connor Ogilvie, Michael Jacobs and Colby Bishop.

Wednesday striker Lee Gregory was shown a red card towards the end of a second half which produced five of the six goals..

The hosts took an eighth-minute lead when Josh Windass drilled the ball across the face of goal, and Johnson applied the right finish.

Ogilvie equalised five minutes into the second half with a header from Marlon Pack's delivery.

Wednesday regained the lead soon after when Dele-Bashiru (53) beat Josh Griffiths with a well-struck shot from outside the area.

It was 2-2 In the 57th minute when Jacobs got the final touch after Joe Pigott's cross was headed goalwards by Bishop and Wednesday goalkeeper David Stockdale pushed the ball onto the bar.

A third headed goal for Pompey came when Bishop (64) found the net from Pigott's cross, giving them the lead.

However, Dele-Bashiru levelled the scores with nine minutes remaining with another superb strike, before Gregory was dismissed in added time after receiving a second yellow card.