Report and highlights as Wigan finish top of League One for a third time in seven years; Will Keane’s second-half double, after a Josh Vela own goal in the first half, helped the Latics to a comfortable win and took them to 92 points; Rotherham were two points behind in second 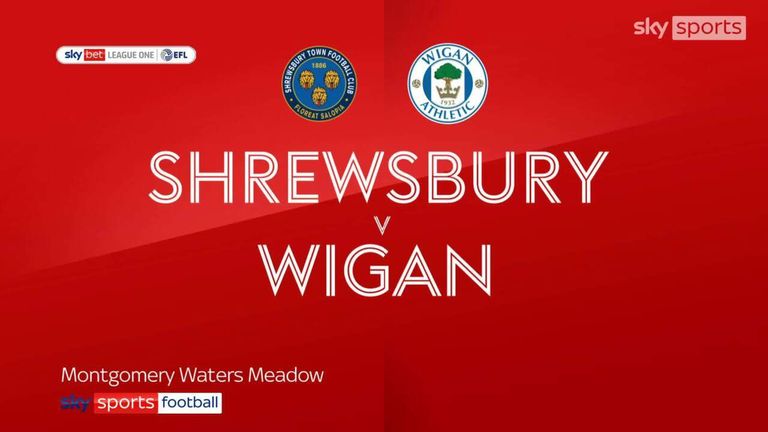 Highlights of the Sky Bet League One match between Shrewsbury and Wigan.

Wigan have been promoted to the Championship after a 3-0 victory at Shrewsbury saw them crowned Sky Bet League One champions.

After avoiding relegation to the fourth tier last season, Wigan rounded off a stellar campaign to finish top of League One for a third time in seven seasons.

A 43rd-minute own goal from Josh Vela and a second-half brace from Will Keane ensured that Latics finally got themselves over the line after no win in their last five matches.

After a cagey start, Marko Marosi did well to claw Max Power's 35-yard free-kick around the post.

Power later rattled the post with a free-kick from an acute angle, before the ball fortuitously bounced off Vela and over the line.

In the 50th minute, Keane doubled the advantage by sending Marosi the wrong way from the penalty spot after Tom Flanagan had handled Power's strike.

Keane got his second 15 minutes later, getting the faintest of glances on James McClean's inviting dead-ball delivery.

Daniel Udoh had the home team's best chance late on but he could not bundle the ball past Ben Amos from point-blank range.