Report as Chelsea draw 1-1 at Southampton thanks to Mason Mount's second-half penalty; on-loan Liverpool forward Takumi Minamino had given the hosts a first-half lead; Chelsea stay fourth in the Premier League 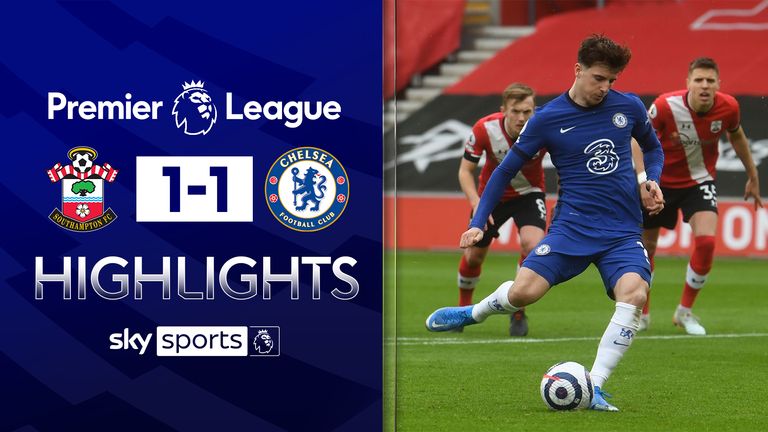 FREE TO WATCH: Highlights of Southampton's draw against Chelsea in the Premier League

The struggling Saints, who came into the game having lost a club-record six top-flight games in a row, opened the scoring against the run of play thanks to on-loan Liverpool forward Takumi Minamino's well-taken strike just past the half-hour mark.

However, the visitors deservedly drew level early in the second period when Mount both won and scored a penalty to keep his side fourth in the Premier League.

Ralph Hasenhuttl's team, meanwhile, stay 13th in the table after picking up their first point since beating Liverpool at home at the start of January.

Man of the match: N'Golo Kante

The injury-hit Saints, who were missing six first-teamers against Chelsea, headed into Saturday lunchtime's tough-looking clash with the in-form visitors trying to regain the sort of spark that saw them top the table back in November, before a recent fall down the table.

Despite barely laying a glove on their opponents in the opening half an hour at St Mary's, it was the hosts who took the lead after 33 minutes after a well-worked move involving James Ward-Prowse and Nathan Redmond, who exchanged passes on halfway.

The Saints forward then split open the Chelsea back three with a lovely pass to release Minamino one on one with the returning Edouard Mendy, who was sat on the turf by the Japan international's clever dummy, before he slotted home into the unguarded net.

That goal, and the identity of the scorer, would no doubt have been cheered on at Anfield, but the joy was short lived, with the visitors - trailing for the first time under Tuchel - levelling matters nine minutes after half-time.

Mount was the man who was upended in the box by Danny Ings's rash tackle, leaving Anthony Taylor with little choice but to point to the spot, with the England international keeping his cool to send Alex McCarthy the wrong way for his fourth league goal of the campaign, all away from home.

As expected, Southampton were without injured right-back Kyle Walker-Peters, meaning Mohammed Salisu made his full debut for the south coast club.

Meanwhile, N'Golo Kante started for Chelsea as Thomas Tuchel made four changes to the Blues' line-up. Edouard Mendy came back into the starting XI in goal after Monday's 2-0 home win over Newcastle. Kurt Zouma and Reece James also began the Premier League clash on the south coast, with Tammy Abraham retaining his place up front.

However, it was the home team who came the closest to taking all three points when Jannik Vestergaard's looping header hit the bar with 20 minutes to go, although that would have been a smash-and-grab win had the defender's effort gone in.

Southampton boss Ralph Hasenhuttl: "This result gives us a lift mentally, because we didn't get what we deserved in the last few weeks.

"To take a point against Chelsea is not easy. But a few parts of our game were very good today.

"The goal was exactly what we are trying to do, beautifully played." 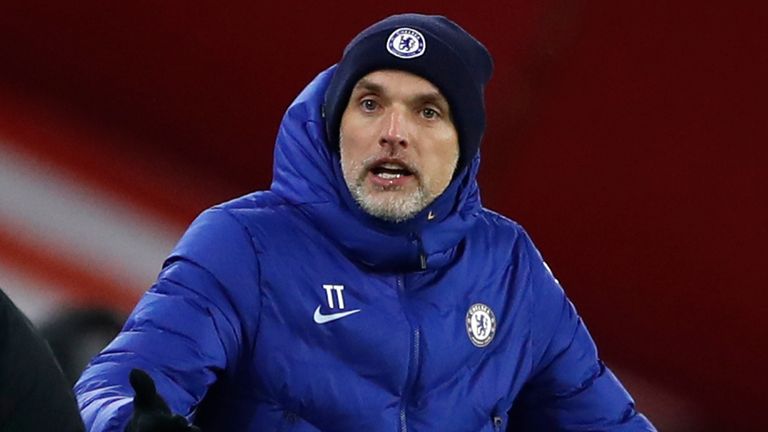 Chelsea manager Thomas Tuchel: In a game where it was not easy to create chances, you need to rely on counter pressing to force errors to get the second ball and get the easy chance.

And for that, you need to be totally on and sharp for counter pressing and I did not feel this with Callum today.

He missed some opportunities for counter pressing and lost some easy balls and I had the feeling he was never really in the game.

You know I trust him a lot a she plays every game for us, but today I was close to him and… I do not know, maybe it was unfair, but I did not get the normal feeling with him today that he can be decisive.

So it is a hard decision today, but nothing that will stick between us, or stick for long. Tomorrow it will be forgotten and we prepare for Atletico. 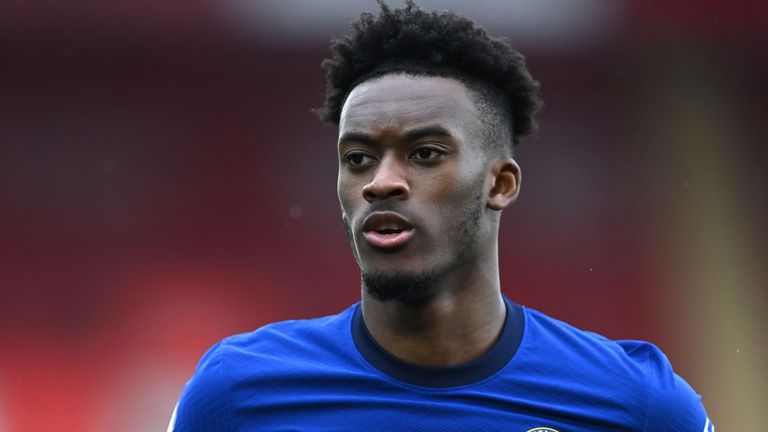 Chelsea head coach Thomas Tuchel criticises Callum Hudson-Odoi's performance in their 1-1 draw at Southampton after he was substituted in the 76th minute despite only coming on at half-time.

Man of the Match - N'Golo Kante

Kante was making his first start under new boss Thomas Tuchel after injury, and boy did he make an impression at St Mary's.

The all-action France international, 29, controlled the midfield battle right from the off, being the first player on to any loose ball, while putting out any fires in front of his back four.

And judging by Tuchel's beaming smile when asked about the holding midfielder's impressive return in the post-match press conference, his is a name we should expect to see in the German's starting line-up going forward.

Southampton take on Leeds United at Elland Road on Tuesday at 6pm, with that game live on Sky Sports Premier League.

Meanwhile, Chelsea travel to Atletico Madrid for the first leg of their Champions League last-16 tie on Tuesday (8pm), before they host Man Utd on Sunday February 28 (4.30pm), with that match also live on Sky Sports Premier League.