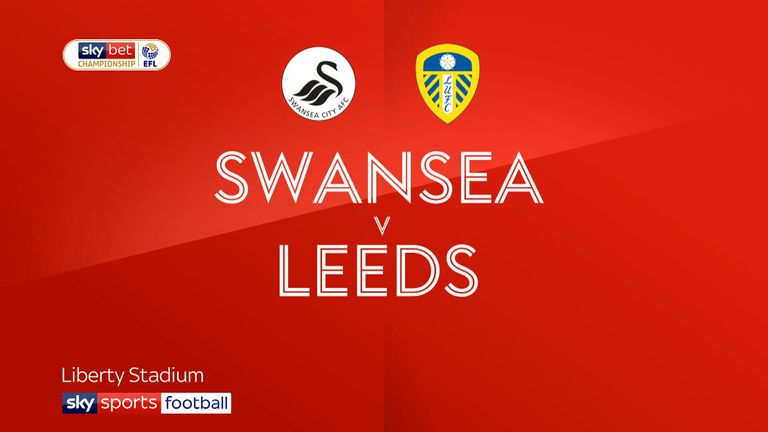 Leeds United fought back from a goal down on two occasions to secure a 2-2 draw at Swansea that moves them top of the Sky Bet Championship.

Oliver McBurnie put Swansea in control with two well-taken goals but Kemar Roofe's fourth of the season and Pablo Hernandez's 79th-minute equaliser, on his return to the Liberty Stadium, ensured the spoils were shared.

The draw sees Leeds' winning start to the season come to an end but lifts Marcelo Bielsa's unbeaten side to the top of the division on goal difference.

Swansea, who will feel they did enough to win the game, climb to third in the table after extending their unbeaten start to the season.

Man of the Match: Oliver McBurnie

McBurnie fired Swansea into a deserved lead on 24 minutes, taking Bersant Celina's pass in his stride before poking a low shot through Bailey Peacock-Farrell's weak defences.

Celina flashed a shot wide on 32 minutes as Swansea failed to add to their lead, and that provided Leeds with the platform to level things up before the break.

Having replaced the injured Liam Cooper minutes before kick-off, Jamie Shackleton vindicated his inclusion with a great driving run and assist that presented Roofe with the simplest of tap-ins five minutes before the interval.

Swansea started the second half in the same manner and got their rewards within six minutes of the restart when McBurnie met Martin Olsson's cross and looped a stunning header into the back of the net.

Both sides exchanged blows in an entertaining finale which culminated with Leeds rescuing a point 11 minutes from time.

Tom Carroll and Joel Asoro dropped to the Swansea bench, making way for Kyle Naughton and Leroy Fer, who was handed the captain’s armband. Marcelo Bielsa’s plans to name an unchanged side for the fourth game running were dashed when Leeds captain Liam Copper picked up a hamstring injury in the warm-up. Jamie Shackleton got the last-minute call-up.

Substitute Patrick Bamford stole a march on Mike van der Hoorn on the left flank and drilled a low cross into the area which Hernandez beat Olsson to before beating Erwin Mulder with a low first-time finish. 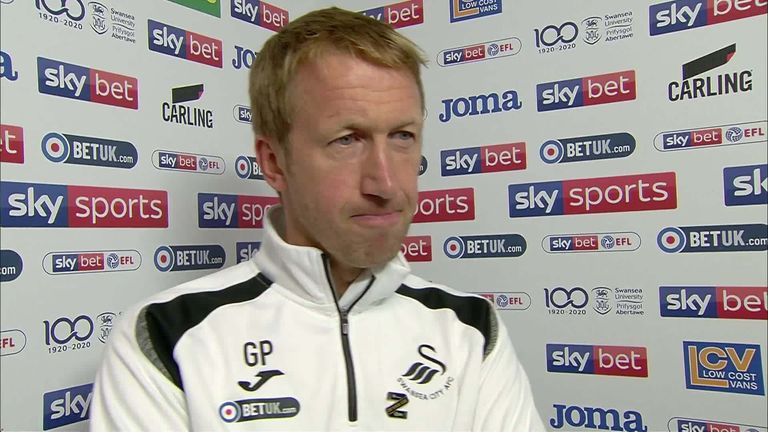 Graham Potter: "McBurnie is getting better and better, that's for sure. He's played different roles for us in the opening matches but he was fantastic today and that was a great reward for him and his work rate. His second goal was a fantastic finish of a real high level. He worked hard for the team with unselfish work, he's that type of player." 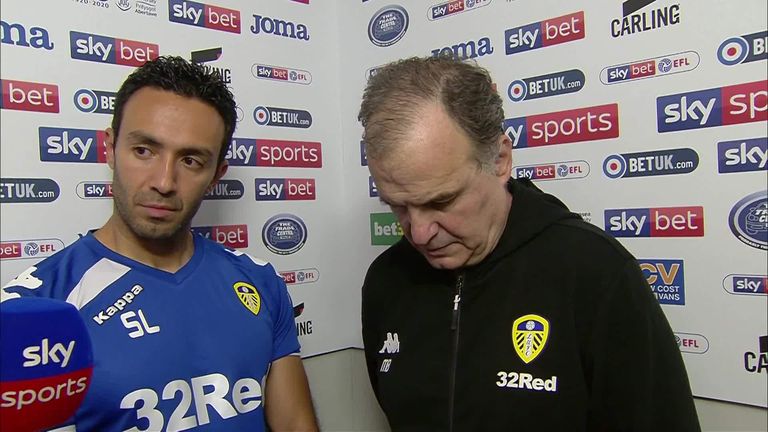 Marcelo Bielsa: "It was a fair result. We didn't defend very well. It was hard for to control the game because we didn't win the ball back very well. But from an offensive point of view we had some actions. They dominated the first half and we balanced the level and could dominate at the end."

Man of the match - Oliver McBurnie

McBurnie tormented Leeds' defence throughout and was unfortunate not to see his goals secure victory for Swansea. The 22-year-old pounced on the opportunity to fire his side into the lead but his second goal was of even greater quality.

Swansea host Bristol City at the Liberty Stadium on Saturday while Leeds travel to Norwich City - both games at 3pm.