Report and highlights as Jack Wilshere returns from injury for Hammers 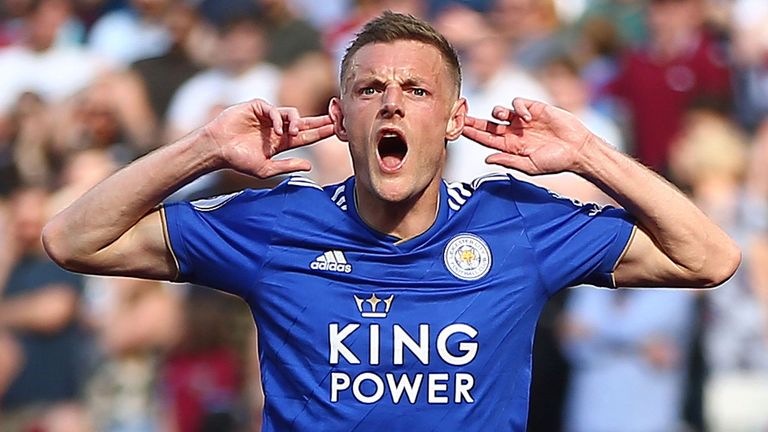 A 92nd-minute equaliser from Harvey Barnes saw Leicester snatch a 2-2 draw against West Ham, with the 21-year-old scoring his first Premier League goal.

Michail Antonio (37) headed West Ham in front during a quiet first half, but Jamie Vardy's equaliser in the 67th minute really sparked the game into life.

Just four minutes after coming on, Lucas Perez (82) tapped home to put the Hammers back ahead, but he had a second effort ruled out for offside on the 90-minute mark and, shortly afterwards, Barnes slotted home across the face of goal to see the spoils shared at the London Stadium.

West Ham - who had Jack Wilshere return from a long-term ankle injury as a late substitute - remain in 11th place, while Leicester have slipped into eighth, after Watford beat Huddersfield to leapfrog them into seventh.

How Leicester fought back - twice

West Ham started well, although chances were few and far between. Leicester went close in the 23rd minute when Marc Albrighton pumped a lovely ball into the area, aiming for Vardy, but Lukasz Fabianski was out to collect ahead of the striker. Not long after, Marko Arnautovic's clipped cut-back was fired towards goal by Antonio but some good defending from Ricardo Pereira saw it loop into the hands of Kasper Schmeichel.

But Antonio did deservedly find the net in the 37th minute. It was a sumptuous cross from Mark Noble on the left-hand side, with Antonio rising above his marker, Ben Chilwell, to power his header past a leaping Schmeichel. His celebration was equally as good, going over to the new claret-coloured astroturf that surrounds the London Stadium pitch and stroking it before being surrounded by his team-mates.

It was also a quiet start to the second half and it looked like West Ham would coast to a 1-0 victory, but Leicester had other ideas as Vardy levelled in the 67th minute. Chilwell scooped the ball in from the left-hand side and the striker was waiting ahead of Fabian Balbuena to direct the ball past Fabianski.

The goal really opened the game up and it was an end-to-end encounter from then on, and, four minutes after replacing Arnautovic as a substitute, Perez put West Ham back ahead. It was Pedro Obiang's strike that initially hit the post in the 82nd minute, but Perez was in the right place to hammer home the rebound. The Leicester players were claiming offside, but replays showed the striker was onside and it was a superb decision from the officials to let it stand.

For this, all eyes turn to the final 10 minutes and Lucas Perez. VAR would have confirmed that he was onside for his first goal and also for the second, which was subsequently ruled out without the technology. West Ham would then have been in a much better position to see the game out for all three points.

Almost immediately after the goal, Wilshere was introduced for Noble, making his first appearance since December 1 when he made another substitute appearance against Newcastle and picked up an ankle injury. He made it through his 10-minute cameo without incident.

Just as five minutes of added time was shown, Perez once again had the ball in the net after rounding Schmeichel, but this time, he was flagged for offside. Replays showed he was actually onside again, but the goal was ruled out.

Leicester ensured they took a point from their trip to London in the 92nd minute. Youri Tielemans - who had an unusually quiet game - slipped the ball down the left for Barnes who found himself some space before sweeping home into the bottom corner for his first Premier League goal. 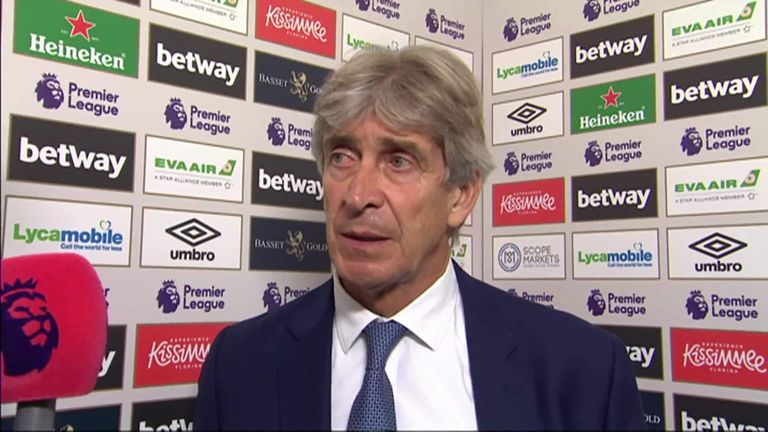 "But the mistake today, I cannot understand. With that goal, we would have finished the game."

Brendan Rodgers: "The spirit of the team was excellent but we weren't at our level in the first half. Sometimes it happens, we have a lot of youthful players but it was important at half-time that we addressed it. 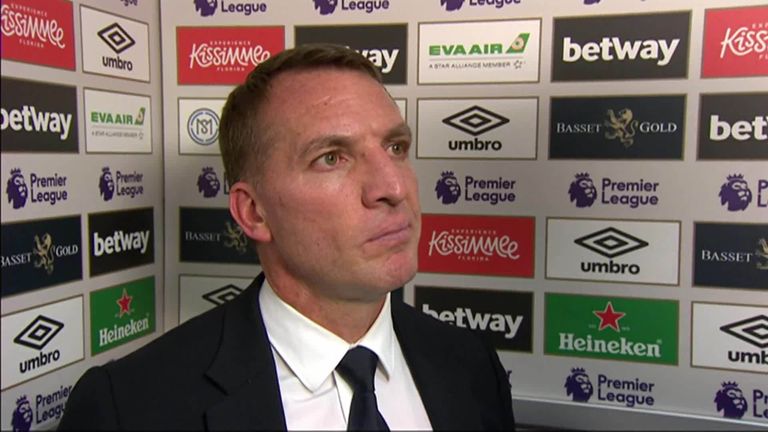 Antonio scores the majority of his goals with headers and he added another to his list against the Foxes. Of players to score at least 25 Premier League goals, only John Terry (66 per cent) has scored a higher percentage of his goals via headers than Antonio (15/25, 60 per cent).

He had come back into the side for the injured Manuel Lanzini and more than justified his inclusion with a superb attacking performance. This was also epitomised by the number of fouls he received from Leicester in the first half and their double-man defending.

Both teams are live on Sky Sports next weekend. West Ham travel to Tottenham on Saturday for the lunchtime kick-off before Leicester welcome Arsenal on Sunday for a midday game.