Clap for our Carers: David Beckham and sports stars in tribute to NHS workers fighting coronavirus 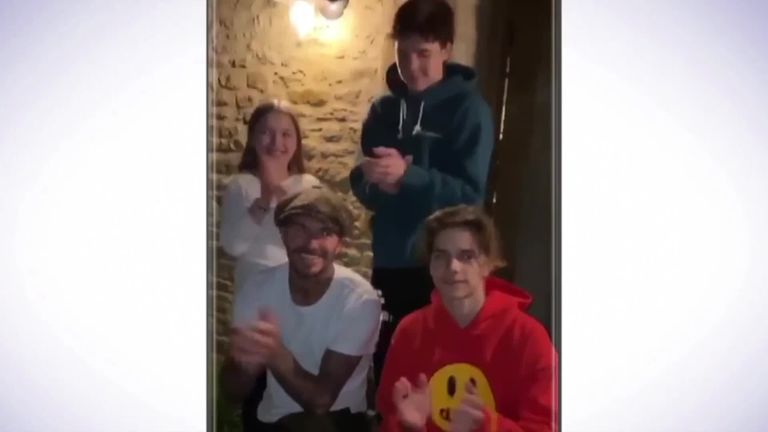 David Beckham was among the sports stars who joined the country for a #ClapForOurCarers round of applause to show their appreciation to NHS workers.

The former England captain posted a video alongside his family on social media to speak of his pride at NHS workers battling on the frontline against coronavirus.

In the video message, the Beckhams said: "Us Beckhams are all clapping to show our thanks to all the people that are working so hard for the NHS.

"All the doctors, all the nurses, keeping us safe, working so hard away from your families.

"We are so proud of you guys. Thank you so much." 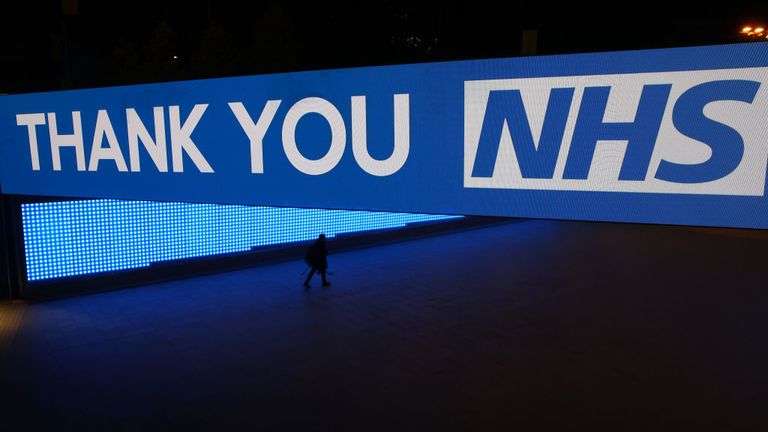 Leicester striker Jamie Vardy also joined in, while Tottenham goalkeeper Hugo Lloris posted a video alongside his family to 'send love to the NHS' and Crystal Palace striker Christian Benteke added a message of thanks on Twitter.

"Thank you to everyone doing so much to care for those in need!" Benteke said.

"Especially the medical teams risking their own lives. We're all thinking of you!"

Organisers of the Clap for our Carers initiative wanted the country to come together to show their appreciation to doctors, nurses and all those tackling the coronavirus pandemic.

It took place at 8pm on Thursday from the nation's doorsteps, windows, gardens and balconies.

The idea came from yoga teacher Annemarie Plas, 36, who has said she is "so grateful and thankful" after the campaign went viral.

Thanks to all the NHS staff helping fight Coronavirus. #ClapForOurCarers pic.twitter.com/cDbIh4Xq4s

#clapforourcarers 👏 That was special - Keep doing us proud ❤️ #NHS

Heroes. Every single one of you.

Thank you to everyone doing so much to care for those in need! Especially the medical teams risking their own lives. We’re all thinking of you! #ClapForOurCarers pic.twitter.com/GHVz6H2V8S

Thank you to all the amazing @NHSuk staff. We owe you so much 👏👏👏 #ClapforOurCarers pic.twitter.com/yh9U2bChV4

A huge thank you to our amazing NHS staff & key workers ❤#ClapForOurCarers pic.twitter.com/dyOuOOA5PG

A huge applause for this country’s greatest champions 🏆🏥🩺

We are putting our hands together tonight to show our appreciation to all our incredible and heroic @NHS staff and carers who are working so hard to look after us all. Thank You 🙏#ClapForOurCarers

From all of us, thank you 👏 pic.twitter.com/XjI7asekP4

Our arch continues to be lit up in blue as part of a nationwide show of support and appreciation for the @NHS and the #ClapForCarers campaign. #LightItBlue #ClapForOurCarers pic.twitter.com/M49Tjc8XAE

💙 | To all our @NHSuk staff and health workers around the world... thank you. 👏
#ThankYouNHS #ClapForOurCarers pic.twitter.com/nMhSgFqV8e