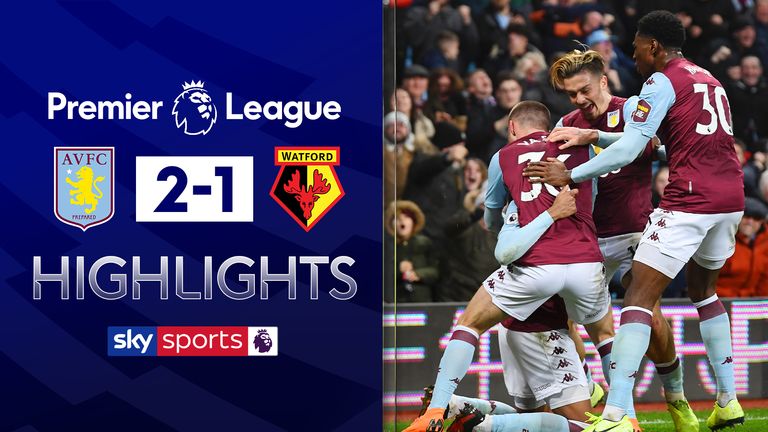 FREE TO WATCH: Highlights from Aston Villa's win against Watford

A 95th-minute winner off the boot of Tyrone Mings gave Aston Villa a priceless 2-1 victory over Watford to leapfrog their opponents and claw themselves out of the relegation zone.

Deep into stoppage time, defender Ezri Konsa's strike deflected off the boot of Mings and into the far corner of the net to deal Watford a huge blow in a relegation six-pointer.

Villa were then back on terms midway through the second half as substitute Douglas Luiz arrived at the back post to strike into the roof of the net (68), and after piling on the pressure thereafter, Villa finally got their winner.

The result means Villa now sit 16th, two clear of the relegation zone, while Watford are back in 19th with their first defeat in six games under Nigel Pearson.

The first half was the epitome of a relegation six-pointer; twitchy, high-octane but lacking in quality, particularly in front of the Watford goal as Villa lack of attacking focal point showed.

They got into positions to deliver several times, with the end product lacking on every occasion, and to make things worse it was a familiar foe that put Watford ahead.

The Birmingham-born and Birmingham City-supporting Deeney headed home six yards out from Deulofeu's lifted delivery at the right byline, following a nice one-two with Abdoulaye Doucoure. Three of his five Premier League goals this season have come against Villa.

Doucoure was then upset moments later as Deulofeu chose to shoot instead of square to him, hitting the side-netting from an acute angle.

Deeney could have had a second after the break as chaos ensued in the Villa box; Pepe Reina denied him at close range as the hosts struggled to clear.

Match-winner Mings could have seen red shortly after, handling on a yellow card as Deulofeu looked to race through, but Martin Atkinson kindly left his cards in his pocket.

Villa were unchanged from the 1-1 draw at Brighton, while there was just one change for Watford as Pereyra came in for the injured Sarr following the 0-0 draw with Spurs.

The hosts were soon level as sub Luiz arrived at the far post to strike home from six yards, after Matt Targett's cross-shot was parried into his path by Ben Foster.

Villa came forward in waves after the leveller, and seemingly lacked the cutting edge to find the winner, until the last minute of stoppage time. Reina's long ball into the box caused havoc, and after Mings fell to the floor looking to shoot, Konsa's shot hit the boot of his fellow defender and flew into the corner of the net to send Villa Park wild. 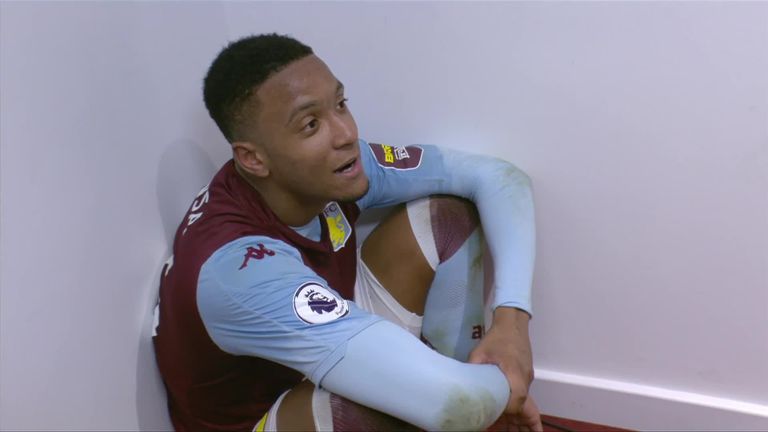 Ezri Konsa thought he’d scored his first Premier League goal, but was disappointed to learn it had been given to Tyrone Mings.

Dean Smith will hope the victory is Villa's springboard to safety, while Watford's resurgence was brought back down to earth as Pearson tasted defeat for the first time in over five weeks.

Aston Villa boss Dean Smith: "We need to make it a noisy place all of the time. I thought it was a good performance today. Their goal knocked us back a little bit, but the lads showed a lot of endeavour today without a lot of quality in the final third."

On Mings' handball: "I'd seen some of the other things that had happened on the pitch without caution, so I wasn't worried at all."

On the transfer window: "We want another [striker], and we're looking for another. Keinan Davis has just started back in training. Hopefully Samatta will start training for us as soon as possible once he gets his visa sorted. 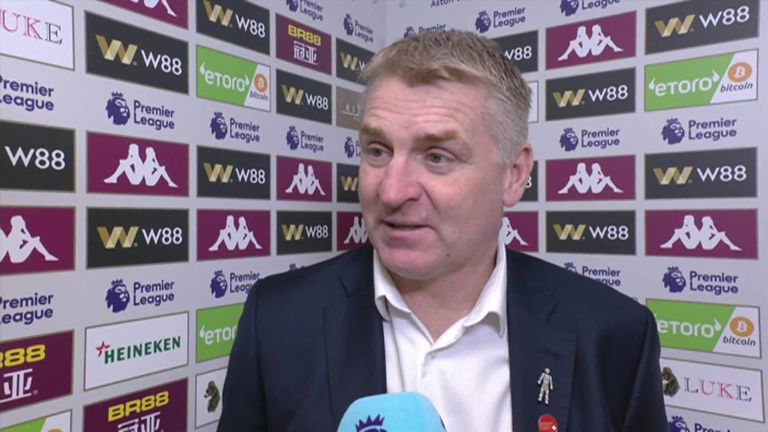 Watford boss Nigel Pearson: "It is tough to take, the first setback we've just had to deal with. I thought we struggled to find the energy levels we have had of late. It's a disappointing situation, and one we'll have to come to terms with pretty quickly."

On Mings' handball: "There were one or two talking points, maybe Mings with the handball. I can't do anything about that, and the players can't either, we are as always in the hands of the officials to get that right."

On the transfer window: "I'm not saying that we necessarily are going to [bring players in], I'm more hopeful we have players returning from injury. We'll see how that goes." 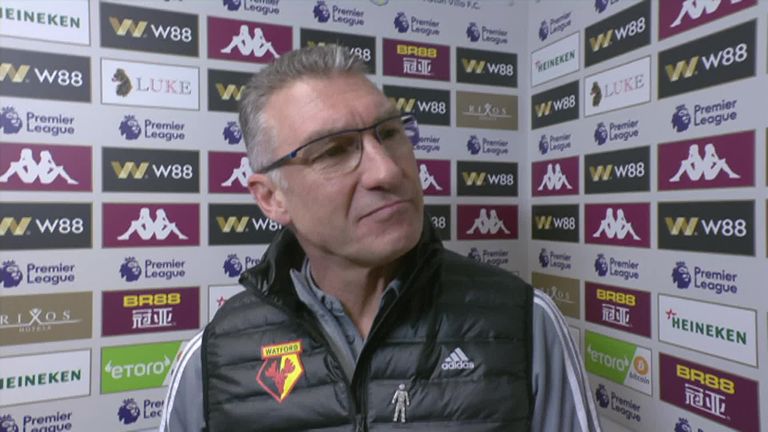 There were wild scenes of jubilation and relief at Villa Park following the last-gasp goal. Here's how they celebrated it...

Villa now host Leicester in their Carabao Cup semi-final second leg on Tuesday, January 28, live on Sky Sports Football at 7.45pm, while Watford go to Tranmere in their FA Cup third-round replay on Thursday after the initial replay was postponed.