Match report and free highlights as Kyogo Furuhashi and Jota net in Celtic's 2-1 win at Aberdeen; Lewis Ferguson had headed the Dons level in the second half; Aberdeen are ninth in the Scottish Premiership, while Celtic move up to sixth 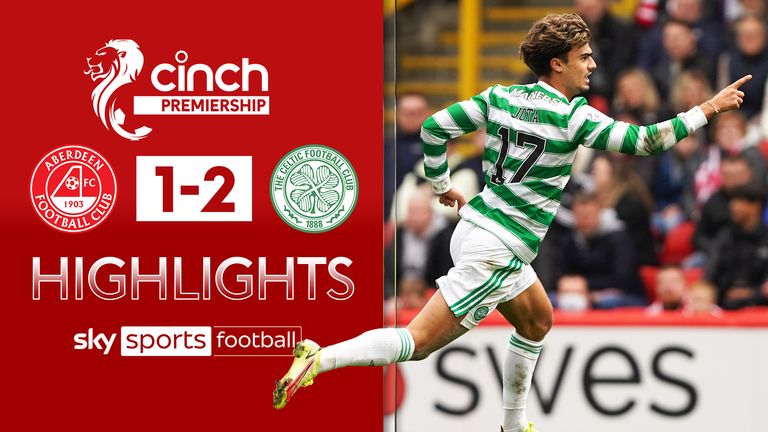 Highlights of the Scottish Premiership clash between Aberdeen and Celtic.

Jota's late strike saw Celtic win 2-1 at Aberdeen to help ease the pressure on Ange Postecoglou in the Parkhead dugout.

The visitors lead at the break through Kyogo Furuhashi's 11th-minute strike, the Japan forward's eighth goal in just 10 games since moving to Parkhead in the summer.

However, Lewis Ferguson's header brought the Dons level 11 minutes into the second period, only for Jota to tap in from close range with just six minutes left to play.

It was a ninth defeat in a row for Stephen Glass' side, including four straight Scottish Premiership losses - the club's worst run in more than a decade. Celtic jump up to sixth in the table after collecting their first league points on the road this campaign.

How Celtic finally got off the mark on the road

Aberdeen boss Glass dropped goalkeeper Joe Lewis in a bid to turn around their form but they go into the international break in ninth place.

Celtic went into the game level on points with St Mirren and with no prospect of moving above sixth place.

There was one change from Postecoglou as Nir Bitton came into the base of midfield and Callum McGregor lined up on the left with Tom Rogic benched.

Postecoglou stuck firmly to his directions for his team to play the ball out from the back and Aberdeen got a bit of early encouragement from pressing high up, although subsequent efforts from Ferguson and Austin Samuels were harmless.

Bitton headed David Turnbull's corner wide from six yards before the latter set up the opener.

Turnbull got the ball back from his quickly-taken throw on the right wing, and whipped in a delivery towards the back post. Furuhashi had engineered space from David Bates and nodded home from close range.

Scott Brown skippered the Dons against his former side as Aberdeen boss Stephen Glass made three changes to the side that lost 3-2 at St Mirren last Sunday. Out went goalkeeper Joe Lewis, while Teddy Jenks and Ryan Hedges were both suspended, with Gary Woods, Matty Longstaff and Austin Samuels all coming into the side.

Meanwhile, the visitors made just the one alteration to the team that lost 4-0 at home to Bayer Leverkusen in the Europa League on Thursday as defender Nir Bitton made a first start in two months in place of Tom Rogic.

It was the eighth game running that Aberdeen had conceded the opening goal.

Celtic took confidence and they had the ball in the net following a flowing move involving eight players, but Jota was penalised for a push on Calvin Ramsay as he headed home.

The Dons were slow to respond apart from hopeful penalty appeals when Christian Ramirez claimed he had been pulled by Cameron Carter-Vickers after Hayes curled in a cross.

Jota hit the bar from 25 yards before the Dons had a couple of chances thanks to Ramirez twice peeling off to the back post to meet corners from Ramsay.

Joe Hart touched the American's volley onto the bar from the first corner and a spell of pressure followed the second one only for Ferguson to shoot wide. 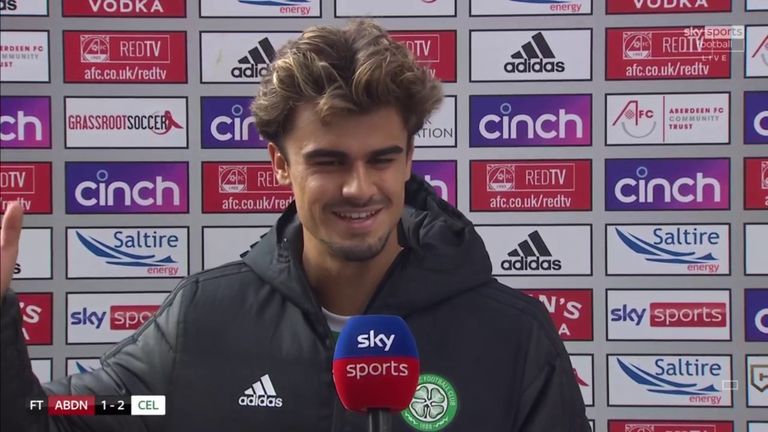 Celtic almost doubled their lead in the final second of the half when Carl Starfelt glanced Turnbull's corner just beyond the far post.

Glass switched Samuels to the right wing at the start of the second half and the Wolves loan player shot just over before winning the corner that led to the 56th-minute equaliser.

Ferguson beat Bitton to Ramsay's delivery and his header looped over Adam Montgomery on the near post.

The Dons were on top and Hart beat away Brown's header following another Ramsay corner before dealing with a drive from Hayes at the second attempt.

Celtic were struggling for inspiration until Montgomery ran on to substitute Rogic's reverse pass and squared for Jota to knock home.

Aberdeen boss Stephen Glass: "We are obviously disappointed at losing the late winner, especially when the response in the second half was as good as it was.

"In the first half we weren't great without really getting the pressure right. We maybe weren't brave enough on the ball and out of possession as well.

"The response makes it difficult to feel we should have come out without a point."

The first goal particularly frustrated Glass. Furuhashi headed home unmarked after David Turnbull had got the ball back from a quick throw and crossed.

"There is a quick restart that we banged on about all week as Celtic want to get the ball back in," Glass said. "Then defending crosses needs to be better as well.

"It has become a bit of a theme and it needs to be better quick." 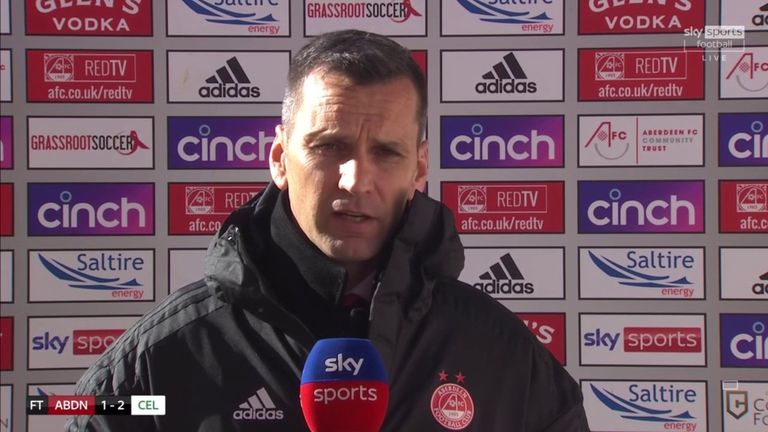 Celtic boss Ange Postecoglou: "Everyone is well aware of our struggles away from home going back to last year.

"I think the manner in which we did it showed tremendous character to get ourselves back in front after they equalised.

"The players were searching for the winner, they weren't going to settle for a point.

"If there is one thing about us this year, we have definitely shown that when we play well we can definitely take it to teams.

"There have been games when we have scored a lot of goals and played really well but the one thing we haven't shown yet is that ability to find a way to win a game when we need it.

"It's not just the victory, it's the manner in which we went about it.

"It was a tough second half. They are desperate for a result as well, particularly here with the crowd behind them. It wasn't easy for our players to respond to that but the fact we did respond to it, and the manner in which we did, that should give the players plenty of confidence.

"I have no doubt there is great character in this team. We're a new team. If you look at the players who are playing at the moment, very few of them have actually had meaningful Celtic careers so far.

"It's just that understanding of what the expectations are at this football club week in, week out.

"I have felt it's in the team but we've just not been able to get over that hump. Hopefully this gives them the confidence that they can." 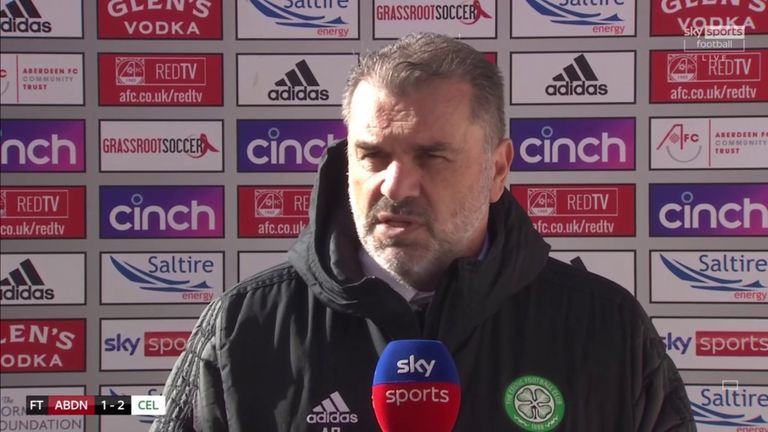