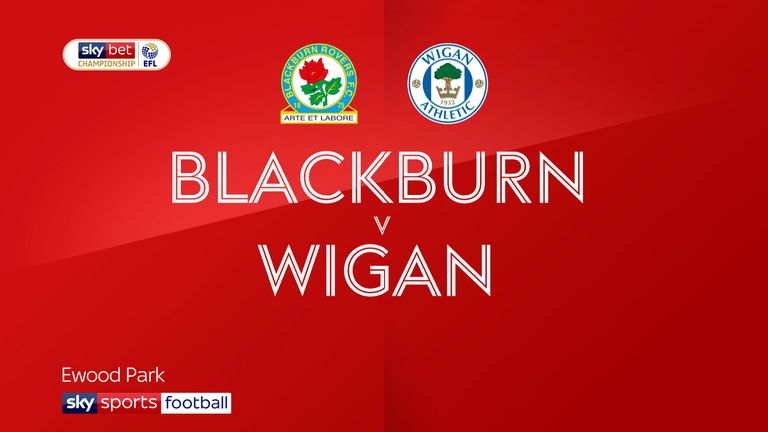 Highlights of the Sky Bet Championship match between Blackburn and Wigan

Blackburn's plans for the Christmas period were dealt a blow as Bradley Dack was stretchered off with a suspected knee injury during their 0-0 draw with Wigan at Ewood Park on Monday night.

After an even first 45 minutes, Rovers' top scorer was withdrawn after a collision with Latics captain Sam Morsy on the touchline, with Lewis Holtby proving to be a livewire as his replacement.

Both goalkeepers were forced to make a raft of important saves in the final minutes, with Christian Walton notably denying Morsy and Michael Jacobs, but the captivating Lancashire derby ended all square.

Rovers move up to eighth in the Championship as a result, two points off the play-off places, while Wigan's encouraging performance sees Stoke replace them at the bottom of the table.

How Wigan moved off the bottom of the Championship

Coming into the game, these two sides couldn't have been on more contrasting runs of form; Blackburn's quiet climb from the doldrums had seen them win five of their last six, while Wigan hadn't won in 10.

But despite being rooted to the foot of the table, it was the latter who had the bit between their teeth from the first whistle, with the pace of Josh Windass troubling the hosts' defence. Jacobs later collected Jamal Lowe's lay-off, but he fired straight at Walton from 18-yards.

Their front-foot approach caught Rovers off guard, with the hosts reduced to one meaningful chance in the first half; Latics 'keeper Jamie Jones dived at full-stretch to his right to push a Darragh Lenihan header clear.

Blackburn boss Tony Mowbray made a hefty seven changes to the side that beat Bristol City on December 14, with Christian Walton, Ryan Nyambe, Darragh Lenihan and Lewis Travis the sole survivors.

Eight minutes after the restart, Cedric Kipre prevented the grossly under-serviced Danny Graham heading Adam Armstrong's cross at goal, before the game was brought to an abrupt halt when Dack was left writhing in pain after an awkward fall.

The two sides exchanged chances for the remainder of the game, but to no avail. Jamal Lowe drifted to a central spot and blasted narrowly wide, before Graham clattered the crossbar with a glanced header.

And with Walton having kept Blackburn in the game with his aforementioned saves, Jones had the final say when he saved at his near post after Holtby had volleyed towards his near post in stoppage time.

Man of the match - Lewis Travis

In a game where the middle of the park took centre stage, holding midfielder Travis was an important anchor for Rovers, enjoying the second-best passing accuracy of all 22 players who started the game at Ewood Park.

Blackburn boss Tony Mowbray: "It doesn't look good [for Dack]. There's a lot of emotion in there, there's a few tears to be honest. The physios have got to get him scanned so I don't want to make any rash statements, but it doesn't look good for his knee. 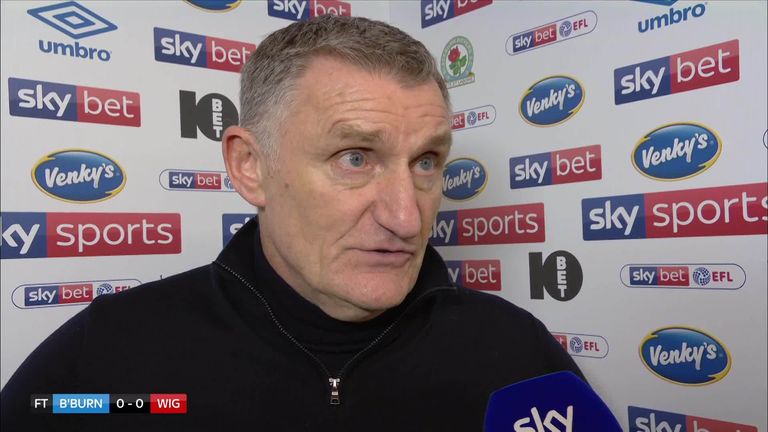 "I said before the game, I watched Wigan play against West Brom and they played probably better than West Brom on the day. That just tells you what the Championship is all about. We've put another point in the bag and we've got another home game coming up, so we'll look forward to that."

Wigan boss Paul Cook: "You've got to be careful as a manager when you are not getting results. I couldn't fault my players in their application, their effort. We got chances against a very good side who are in flying form. 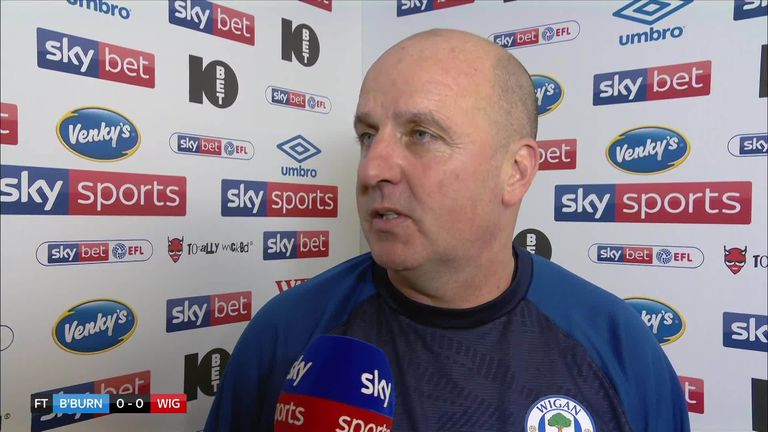 Wigan manager Paul Cook was pleased with a point against Blackburn

"We know, as a group of lads, that we're coming to these teams in and around the play-offs - we've got to take those chances. They are the chances that change the outcome of a football match. We're delighted with a point, there's a long way to go in the season and if we keep playing as we are, I'm sure we'll get to where we want to be."

Both sides are next in action on Boxing Day, when Blackburn host Birmingham at Ewood Park and Wigan host Derby at the DW Stadium.