Kasey Palmer scored the opener for the Robins, before a Taylor Moore own-goal and the milestone strike from Britt Assombalonga set up Tommy Rowe to score a late equaliser 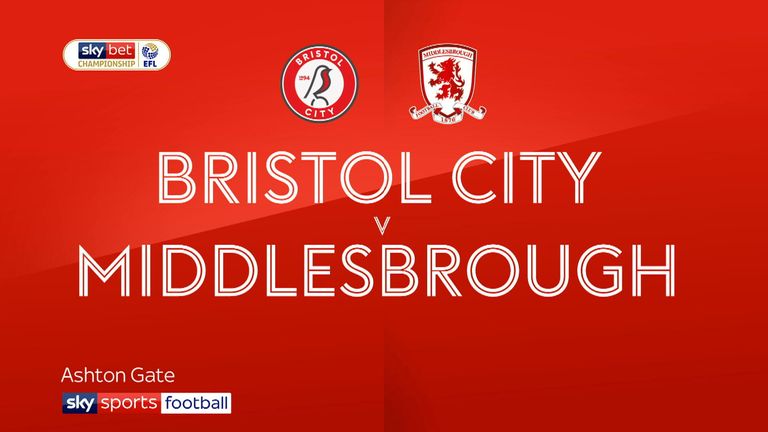 Britt Assombalonga scored his 100th goal in the EFL as Middlesbrough held high-flying Bristol City to an entertaining 2-2 draw at Ashton Gate on Saturday lunchtime.

Kasey Palmer headed the Robins in front a minute before the break (44), when he steered home Niclas Eliasson's cross following some stellar tenacity from the Swede on the left flank.

An unfortunate own-goal from Taylor Moore levelled the game (64) as momentum swayed in Boro's favour after the break, before Assombalonga - who appeared offside in the build-up - reached his milestone.

But the versatile Tommy Rowe ensured Lee Johnson's men earned a point late on, when he stooped to place Callum O'Dowda's cross beyond Darren Randolph and lift them to fourth in the Championship standings.

How Bristol City were denied a fourth win on the spin

With Boro's new front-foot approach and Bristol City's desire to challenge for promotion again, the game was incredibly open from the first whistle and the woodwork was struck for the first time inside 15 minutes.

Paddy McNair hit a dipping cross to the near post, where Ashley Fletcher was waiting, with an outstretched leg, to pounce. The effort beat Daniel Bentley, but the visitors were denied by the base of the post.

A brave header from Nathan Baker also ricocheted off the woodwork at the other end, though as he had in that instance, Eliasson provided a sublime assist for the deadlock-breaker. He twisted-and-turned past McNair, standing the ball up for ex-Chelsea man Palmer to head home.

Lee Johnson made three changes to the side that beat Hull last time out, with Niclas Eliasson, Jack Hunt and Kasey Palmer replacing Pedro Pereira, Tomas Kalas and Famara Diedhiou.

Boro boss Jonathan Woodgate looked downbeat in the wake of the opener, but just after the hour mark, the glum look disappeared as Moore's inadvertent touch took McNair's cross beyond his own goalkeeper to haul his side back on level terms.

There was a hint of offside when Assombalonga latched onto a long ball forward and tucked a shot past Bentley four minutes later, but justice was served with nine minutes to play when Rowe - who had moved forward from left-back to central midfield - intuitively stooped to head the timely equaliser.

Man of the match - Paddy McNair

Found in advanced positions from the get-go, Paddy McNair was the shining light for Jonathan Woodgate's side at Ashton Gate and deservedly claimed the man-of-the-match award as a result.

Often a thorn in Bristol City's side, he peppered Daniel Bentley's goal with five shots throughout the game and set up Taylor Moore's own goal just after the hour mark, which, in turn, turned around Boro's fortunes in the game.

Lee Johnson: "I'm disappointed because I felt the game was there for us to win. It was far too open from my point of view. We didn't get our distances right and that was down to poor communication, with a number of young players in the team. With injuries to players like Tomas Kalas, Korey Smith and Adam Nagy, the balance of the team is not quite as I want it.

We played some fantastic attacking football but gave them too much space to do the same. Their first goal resulted from two of my players going for the same ball. The second would have been offside if Taylor Moore had not got a touch to the ball on its way through to Assombalonga. I don't like that rule. But it's another point for us and we are on a decent run going into an international break that will give us time to get some of the injured players fit."

Jonathan Woodgate: "I thought we were the better side and deserved to win. It was a top-class performance and our best of the season so far. I haven't a bad word to say about any of my players. Bristol looked to counter-attack us and did so effectively in the first half, but we tweaked a couple of things at half-time and I thought the lads were outstanding in terms of effort and the way we approached the game. 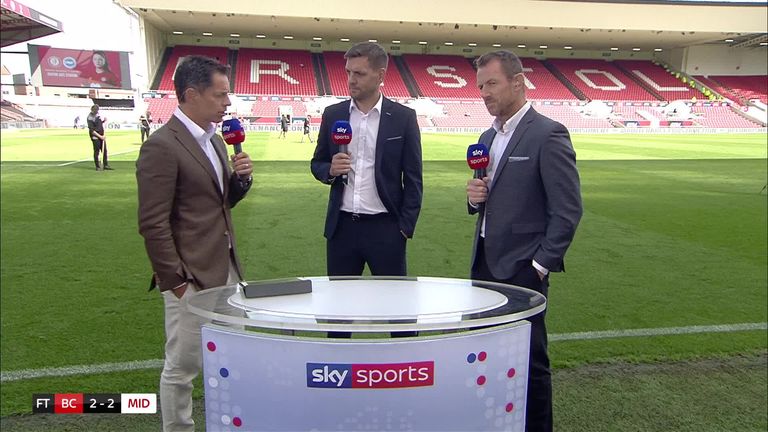 Middlesbrough boss Jonathan Woodgate belives his side deserved all three points in a tough draw against Bristol City.

"Of course, I'm unhappy with conceding from two headers. Defenders seem to want to mark areas rather than opponents these days and space never scored a goal. That is a lesson for all young defenders and something we have to work on. But in all other respects I'm delighted. The team are developing and now we have to build on this."

Both sides are next in action on Saturday 14 September, following the first international break of the season. Bristol City travel to Stoke, while Middlesbrough host Reading at the Riverside Stadium.