Free match highlights and report as City go three points clear with a game in hand; result means City are the first Premier League side since Arsenal between March and August 2002 to win 13 consecutive matches in all competitions; Burnley sit 16th, eight points clear of the drop zone 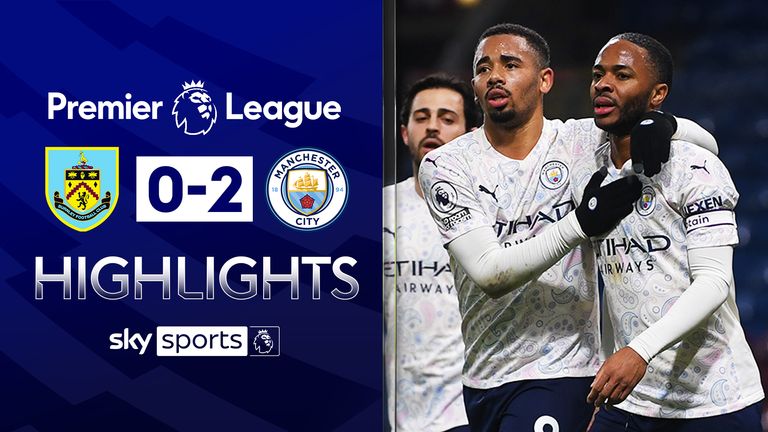 FREE TO WATCH: Highlights from Manchester City's win against Burnley in the Premier League

Manchester City made it 13 wins in a row and 20 unbeaten as they strolled past Burnley 2-0 at Turf Moor to go three points clear at the top of the Premier League with a game in hand.

Burnley had just two shots and Ederson didn't have to make a save in a comfortable City win, their ninth on the bounce in the Premier League ahead of their Sunday showdown at Liverpool, live on Sky Sports.

The result means City are the first Premier League side since Arsenal between March and August 2002 to win 13 consecutive matches in all competitions. Burnley sit 16th, but eight points clear of the drop zone.

Man of the match: Ilkay Gundogan

City barely got out of second gear in the opening 45 minutes but found themselves 2-0 up through one gift and another brilliant move.

They took the lead in the third minute as Pope could only parry Bernardo Silva's shot, despite being close to his body, allowing Jesus to react and head into the bottom right corner from close range for his third goal in four games.

Burnley, who failed to register a first-half shot, did keep City at bay for 35 minutes as the leaders strolled around in possession, but as soon as they saw a gap, they pounced.

Receiving the ball on the right, Riyad Mahrez timed a ball into Gundogan on the right byline, and the German's fierce ball across the face of goal was turned home by Sterling at close range. Sterling also has three goals in four appearances, having scored three in his previous 18 before that.

📊Man City have won each of their last 13 games in all comps scoring 33 & only conceding 3.

In the last 46 days they have won 9 PL games - more than 9 teams have won all season pic.twitter.com/HPiZifCUNP

Though they didn't score in the second half, City upped the ante and peppered Burnley's goal early on.

Gundogan struck just high and wide of Pope's goal from range, before Sterling, played through by a Kevin De Bruyne-esque pass from Gundogan, was denied by the foot of Pope when through one-on-one.

City weren't missing De Bruyne one bit as they continued to control the game; Mahrez forced Pope into a save with a cross-shot, and City should have had a penalty when James Tarkowski kicked the foot of Jesus, but VAR bizarrely didn't review.

Manchester City made five changes from the side that beat Sheffield United 1-0 on Saturday; Kyle Walker and Oleksandr Zinchenko came out, with Joao Cancelo floating in midfield as City went for a three-man defence

Rodri came in for Fernandinho in midfield, and both Raheem Sterling and Riyad Mahrez came in for Phil Foden and Ferran Torres, who were both on the bench.

Burnley made two changes from the 2-0 defeat at Chelsea as Chris Wood and Robbie Brady dropped out of the squad through injury, meaning Jay Rodriguez and Matej Vydra came in to replace them.

This was a free hit for Burnley, but Sean Dyche's side failed to force Ederson into a single stop, as City once again showed their supremacy as they head into the biggest game of the season at Liverpool on Sunday, live on Sky Sports.

Burnley boss Sean Dyche: "I thought we actually did OK overall [but] it's a poor goal, the first goal, for many different reasons. That early, you don't want to start like that against teams like this.

"We did reasonably well with our shape, but then conceded the second one. Second half I think we actually did well. These sides can get away from you very easily but they didn't. Overall, with the challenges we've got, I'm pretty pleased with the players." 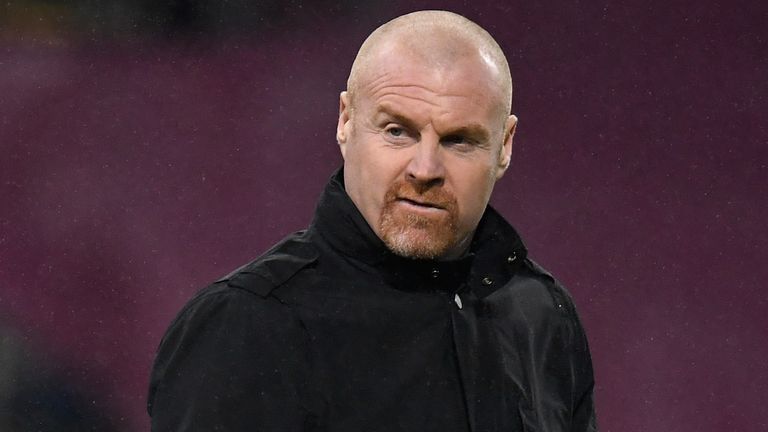 Man City boss Pep Guardiola: "[Room for improvement?] A lot. Today we lost some simple balls, that is the only thing I am concerned about. I am asking them to do effort and the simple things well, we are trying. Today more than usual we lose simple balls, but in general I am satisfied, because we continue to be solid and create enough chances.

"Knowing that coming here, Burnley away, it is always difficult. Today we did it again really well. We can do better, but in general I don't have regrets. The players are human beings and are fantastic.

"For now, we enjoy this game, tomorrow we start to think about next games. We have won six games in a row, against teams in low position of the table, and people say it's guaranteed - but we know exactly how tough it was against many of these clubs. We had to do our best, and now comes different teams, different types of play - now come another tough, tough group of games."

Man City now go to Liverpool on Super Sunday, live on Sky Sports Premier League at 4.30pm, before a trip to Swansea in the FA Cup fifth round on Wednesday at 5.30pm.

Burnley host Brighton on Saturday at 3pm, live on Sky Sports Premier League, before hosting Bournemouth in the FA Cup fifth round at 5.30pm on Tuesday.