Burnley will look to improve on their worst start to a league season for 21 years when they host Newcastle on Monday Night Football.

Burnley are 13 points and eight places worse off than after 12 Premier League games last season when they were seventh in the league.

Should Sean Dyche's men lose to Newcastle, nine points would be their fewest from opening 13 games since 1979.

Many have pointed towards Burnley's early start to the season in the Europa League as the reason behind their slow beginning.

Dyche believes his club must look forward and attack the rest of the season rather than dwelling on the past.

He said: "It's not really getting it out of your system, it's just that it's so new and a different experience that it's bound to have a change in the psyche because you've never been through it before, me included in that.

"The peculiar feel of it, the travel, all of that. If you get anything new it does feel different.

"I don't think it's a case of getting it out of our system but factually it's gone, it's been parked. Then on the back of that we've had these injuries."

They take on a Newcastle side who have won their last two Premier League games after failing to win any of their previous 10. 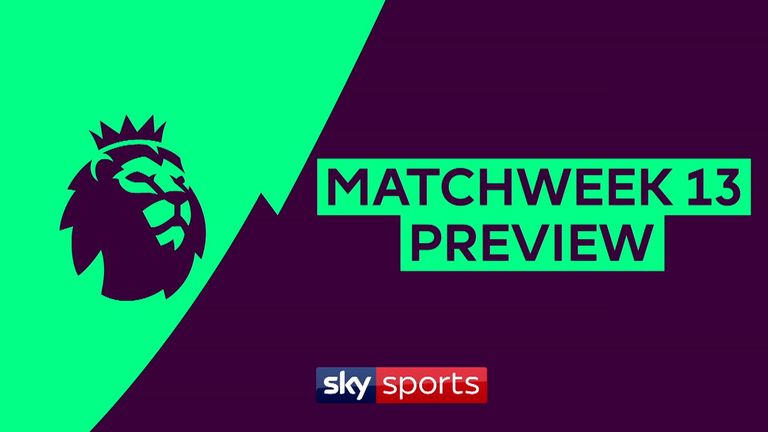 A preview of this weekend's Premier League games, including Burnley vs Newcastle

Steven Defour is expected to be fit for Burnley, Defender James Tarkowski is likely to miss out after undergoing hernia surgery but Johann Berg Gudmundsson (calf) is fit.

Newcastle defender Paul Dummett has been ruled out. Dummett suffered a calf injury during Wales' Nations League match against Denmark in midweek, with tests yet to reveal the extent of his setback.

This is a big match. Newcastle have done great to win back-to-back games in the Premier League, which is a hard thing to do for the teams in the bottom half. And you then help yourselves by moving away from trouble.

However, I worry for Burnley - I never saw them getting beat fours and fives before, there are ways of getting beat. And something is missing, I'm not sure what it is, but they are so open at the back and sooner or later you have to draw a line and say, 'Right, we need to become hard to beat again.'

But I think Newcastle will get something out of this game and if somebody said to me, 'get off the fence,' then I would go for Newcastle. They have the momentum and they have not been a million miles away, the penny has dropped and he has put Salomon Rondon in - they needed a focal point, they were too weak, the ball was bouncing back too quick off Joselu, whereas this lad…. What a header against Bournemouth! You cannot tell me that was not like Malcolm Macdonald or Alan Shearer, brave, put himself across the defender, no one was saving that. Rafa Benitez has taken a bit of time - sometimes he looks like he is chopping his hands off to spite his face.